Under Discussion: Conspiracy Theories, Climate Change, and the Crisis of Trust 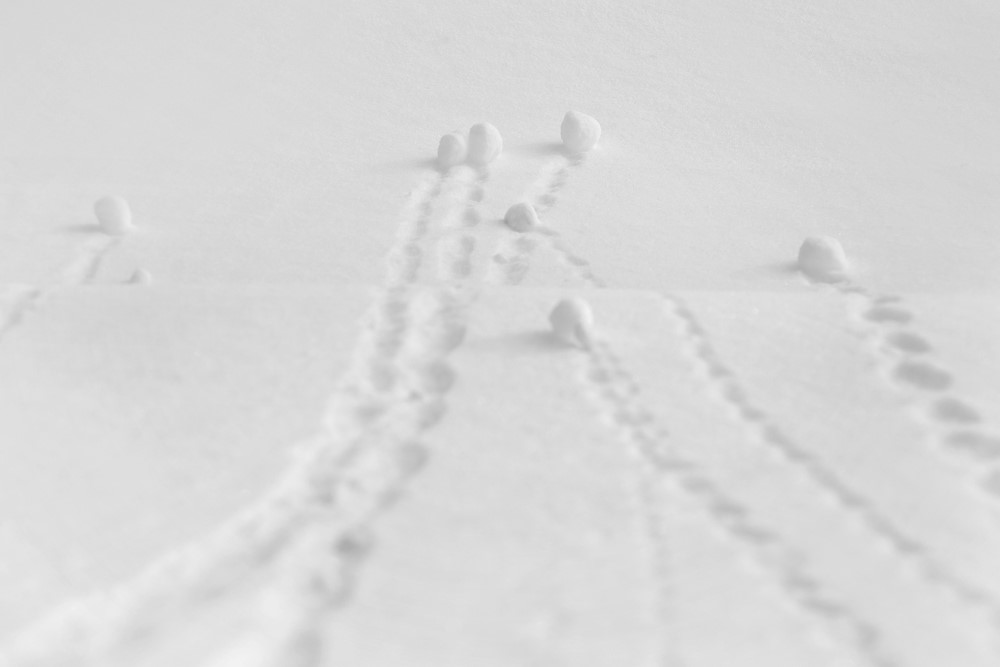 On February 26th, 2015, Republican Senator James Inhofe carried a plastic bag filled with snow into the Capitol Building; in his now-infamous “Snowball Speech” criticizing the Democrats for their focus on climate policy, the senior senator from Oklahoma said “In case we have forgotten — because we keep hearing that 2014 has been the warmest year on record — I ask the chair: you know what this is [he holds up a softball-sized snowball]? It’s a snowball that’s just from outside here. So, it’s very, very cold out.”

Of course, Inhofe’s snowball disproved the reality of climate change no moreso than a heat wave in January disproves the reality of Winter (at least for now). But that didn’t stop Inhofe from chuckling through his hasty generalization of what’s proper to conclude about historical trends in temperature and other metrics from a random snow sample he happened to see on his way to work. The difference between climate and weather is a basic distinction that Inhofe simply ignored for the sake of a quip.

Given Inhofe’s career of expressed skepticism towards the science supporting climate change (something about which Inhofe himself said he “thought it must be true until I found out what it would cost”), we might think this was just a political stunt. However, it was one that resonates with a not-insignificant chunk of our society. While popular consensus still technically leans towards recognizing the threat posed by anthropogenic climate change (something about which expert consensus overwhelming agrees), there remains a stubborn minority of Americans who are convinced (to varying degrees and for various reasons) that climate change either does not warrant significant political or financial attention or that it is simply a hoax — just one more example of so-called “fake news.”

The Prindle Post has spent the past week exploring the complicated issue of how to address climate change — a thorny problem that interweaves questions of political risk, economic uncertainty, and genuine danger for both present and future generations. But the hope of successfully coordinating our efforts in the ways necessary to shift current climate trends seems particularly unrealistic when climate change deniers (who make up between 10 and 15% of the population) continue to spin conspiracy theories about the scientists, the science, and the “real” schemes secretly motivating both.

For example, in a video created last year by the conservative media production company PragerU, Alex Epstein (author of The Moral Case for Fossil Fuels) argues that “climate change alarmism” exaggerates the threat of the “genuine” science while intimating that such distortions are actually motivated by a desire to justify “an unprecedented increase in government power.” For another, prior to taking office, former President Donald Trump claimed that global warming was “created by and for the Chinese in order to make U.S. manufacturing non-competitive” — a sentiment he echoed during his first presidential campaign when he explicitly called it a “hoax.” And as recently as this month, Fox News host Sean Hannity criticized President Joe Biden’s aggressive climate plan as something designed to benefit “hostile [foreign] regimes”: “Mark my words,” said Hannity, “this will not end well.” In different ways, each of these suggest that the real story about climate change is some terrible secret (often involving corrupt or otherwise evil agents), so the “official” story (about how human activity has provoked wildly unprecedented global temperature shifts) should be doubted.

At least some forms of climate change denial are easy to explain, such as ExxonMobil’s well-documented, decades-long disinformation campaign about the evidence for a link between human activity (in particular, activity related to things like carbon emissions) and global temperatures; given that ExxonMobil’s nature as an energy company depends on carbon-emitting practices, it has always had good reason to protect its operations by deceiving the public about matters of scientific fact. In a similar way, politicians hungry for votes can use the rhetoric of climate skepticism to signal to their supporters in return for political capital; when Ted Cruz said recently that the Biden administration’s decision to rejoin the Paris Climate Agreement (PCA) prioritizes the “views of the citizens of Paris” over the “jobs of the citizens of Pittsburgh,” the junior senator from Texas was clearly more concerned about scoring partisan points than accurately representing the nature of the PCA (which, for example, received no substantive input from the people of Paris).

But conspiracy theories about climate change — like conspiracy theories about anything — don’t require elite figures like Cruz or Hannity to be maintained (however helpful celebrity endorsements might be); much of their viability stems from the naturally enjoyable experience of the cognitive processes that underlie conspiratorial thinking. For example, in his book Conspiracy Theories, Quassim Cassam explains how the story-like nature of conspiracy theories (especially grandiose ones that posit particularly complicated connections or conclusions) provides a kind of cognitive pleasure for the person who entertains them; as he says towards the end of chapter two, conspiracy theories “invest random events with a deeper significance, which they wouldn’t otherwise have” in a way that can satisfy apophenic desires of all stripes. Moreover, conspiracy theories allow the conspiracy theorist to imagine themselves as superior to others, either for cleverly figuring out a puzzling truth or for being a hero “who doggedly takes on the forces of the deep state or the new world order in the interests of making sure that the public knows what’s really going on beneath the surface.” The ease with which we can access and disseminate information online only exacerbates this problem (for just one example: consider the recent spread of the QAnon slogan #SaveTheChildren).

Similarly, Tom Stafford discusses the biases at play when we take the time to think through things for ourselves (or when we “do our own research” about an already much-researched topic); at the end of that process, we might well be loathe to give up our conclusions because “we value the effort we put in to gathering information” and “enjoy the feelings of mastery that results from insight” (even if that “insight” is targeting nothing true). In short: if you build it yourself, you’re more apt to experience feelings of loss aversion about it — and this apparently applies to mental states or beliefs just as much as to other things in the world. Furthermore, given the web of suspicion about many different agencies, studies, scientists, and data points that is required to maintain doubts about something like climate change, Stafford’s “epistemic IKEA effect” seems useful for explaining not only the phenomenon of climate change skepticism, but how climate skeptics are more likely than most to believe in conspiracy theories about other topics as well.

So, importantly, contrary to the stereotypical image, conspiracy theorists are not just half-crazed hermits with walls of photographs connected by string; careful thought, reasoned argument, and even the citation of evidence are common elements of a conspiracy theorist’s case for their position — the problem is simply that they’re applying those tools towards objectively invalid ends. Sometimes, conspiracy theorists (such as those who believe that JFK, Princess Diana, or Jeffrey Epstein were killed by various complicated networks of culprits) might be relatively harmless. But when conspiracy theories have political consequences, such as in the case of climate change denial, they have ethical consequences as well.

Of course, what to do about conspiracy theories regarding climate change is far from clear. Although various proposals have been put forth for how to deal with conspiracy theories in general, researchers currently seem to agree mainly on one practical thing: straightforward confrontation of conspiracy theorists’ beliefs is almost certainly a bad move. An attempt to debunk an interlocutor, particularly in public, will (perhaps understandably) tend to trigger a backfire effect and simply provoke them into a defensive posture, rather than maintain a common ground of trust from which conversations can proceed. While some might find the sarcastic ridiculing of climate deniers entertaining, those jokes also feed a standard component of the kind of echo chambers that fuel conspiratorial thinking: distrust of outsiders who believe things that contradict the conspiracy theory.

In his work on echo chambers, C. Thi Nguyen has highlighted the role of trust for breaking through the epistemic barriers around conspiracy theories that end up fueling (and being fueled by) political and other social divisions. Though we often take it for granted, trusting strangers to tell us the truth is a fundamental component of living in and contributing to the collective project of society together. In a very real way, our collective scientific processes — and, hopefully, the governmental policies based on them — depend on the presumption that the people involved are trustworthy. But by rejecting that starting point, conspiracy theories (about climate change or anything else) reject one of the fundamental elements that makes public cooperation possible.

This crisis of trust cannot be fixed simply by shoehorning legislation through committees, regulating social media posts, encouraging companies to deploy trendy, green-themed advertising campaigns, or shaming relatives who roll their eyes at the near-unanimous consensus of climate scientists — indeed, however commendable (and, in some cases, necessary) such tactics are for quickly calming the rapidly-changing climate, they also encourage the continued entrenchment of climate skepticism and denial. If we wish to make comprehensive headway on tackling climate change together, we must at least pragmatically attend to even the most anti-science perspectives for the sake of promoting respectful discourse that can help repair the broken relationships which have rent our social fabric into its hyperpartisan state. Such a project might even serve to mitigate the effects of other echo chambers along the way; an ebbing tide calms all conspiracy theories, as it were.

How to implement such a policy at an effective scale is a problem for a different expert (what would a “trust-promotion campaign” even look like?). In the end, destabilizing echo chambers might well be the kind of thing that governmental (or otherwise “official”) action can’t accomplish: the respectful discourse required to manifest what Nguyen calls a “social-epistemic reboot” might well fall to individuals building relationships with other individuals, enriching the soil of our social lives so that our epistemic lives can collectively grow strong.

But one thing is clear: the deep roots of conspiratorial theorizing in America about climate change must be considered and addressed if we hope to untangle this knotty existential problem. Without doing so, any substantive attempt to take action on climate policy stands a snowball’s chance on the rapidly-warming Earth.