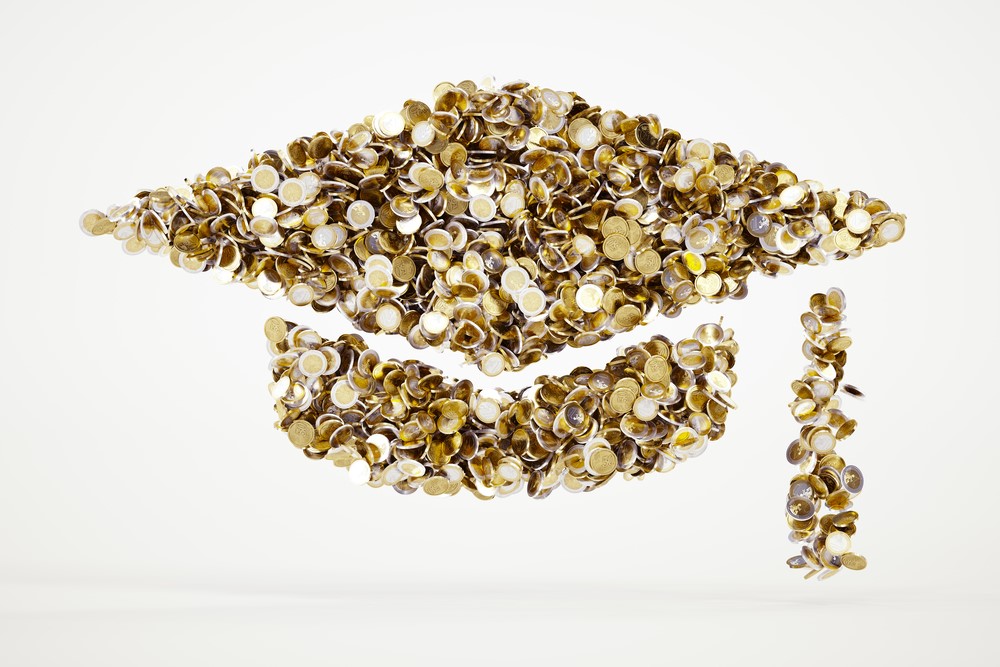 Since Joe Biden’s election, the public has been waiting to see how the new administration plans to tackle one of the biggest campaign issues: student debt. Biden’s platform contained some measures for debt relief for students, and he has pledged $10,000 in student loan forgiveness. However, that promise has not sat well with members of his own party, including Representative Alexandria Ocasio-Cortez and even Senate Majority Leader Schumer, who have called on the president to forgive a much greater amount of student debt. This debate over differing policy proposals has exposed a number of moral issues and concerns regarding debt forgiveness.

It is estimated that about 65% of all jobs in the United States require a post-secondary degree. About 43 million people owe 1.6 trillion dollars in federal student loans. The amount of debt has skyrocketed by over 600% since 2004 following years of rising costs of education. Student loans are now the second largest form of household debt after mortgages. Following the Great Recession, it has become more difficult to pay off greater amounts of debt. More than 30% of student loan borrowers are in default, and that number has increased steadily compared to default rates in the 1990s. Now with the pandemic, it is likely to become even more difficult for recent graduates to be able to find work and pay down their loans.

Part of the problem with this massive amount of student loan debt is that it has a larger social impact. Students who take on debt are more likely to put off larger purchases later in life. Millennials, who have the lowest credit scores of any generation, are reportedly more likely to delay life decisions that can affect debt such as having children, getting married, or buying a house. Many who struggle to pay also experience significant mental health problems. With less disposable income, this can create a drag on the economy which means that the issue affects everyone, not just students. This has led many to call the debt issue a crisis. As Daniel M. Johnson of the Harvard Business Review reports, “By almost any definition, this is a crisis: It is certainly a crisis for those with student loan debt…it is also a crisis for lenders…a crisis for the federation government…[and] many argue that it is also a crisis for our nation’s economy.”

This brings us to the various proposals made to ameliorate the problem. In addition to Biden’s pledge to cancel $10,000 per person as a response to the COVID crisis, Biden has also taken steps to pause loan payments until October. His Democratic colleagues have called for him to cancel $50,000 of debt per person using the Higher Education Act of 1965. (Biden’s initial opposition to this proposal was that based on not having the authority to do so without Congress.) However, several experts, including 17 state Attorney’s General believe otherwise and have called on Biden to act (Biden has referred the matter to the DOJ). More recently, Biden has shifted his opposition to the proposal on the grounds that not everyone deserves the relief, recently arguing that people who went to Harvard, Yale, and Pennsylvania do not need that kind of relief.

Indeed, one of the arguments against cancelling student debt is that it rewards people who will be better off and earn more with their degree. People with at least a bachelor’s degree are on average going to earn over $25,000 per year more than someone with a high school diploma (a PhD holder will earn $59,000 more per year). So, the argument goes, why should taxpayers, particularly those who did not attempt post-secondary education, be on the hook for other people’s debts, particularly if they are likely to earn more money anyways?

Of course, if there is one thing that the pandemic should teach us it is that things that might not obviously affect us can eventually have a huge impact on everyone. Despite their qualifications, grads often settle for lower paying jobs in order to start paying off their debt faster. Large debts also disincentivize many from pursuing higher education at all. A sluggish economy post-COVID will also exacerbate the issue of finding employment. If student debt continues to be a problem, it could be a source of economic drag, eventually limiting the revenue from future taxpayers.

According to Kate Padgett Walsh of Iowa State University, another argument against debt forgiveness is that it would seem to violate the Kantian deontological moral principle that one should keep their promises. Reneging on such promises is disrespectful to you and to others. On the other hand, one doesn’t renege on a promise if the promisee is released from the promise from the promisor. Also, it is in the nature of Kant’s moral thinking to disregard consequences and context for the sake of universality. The massive surge in debt, the potential risk to the economy, and the state of things following COVID become irrelevant to a Kantian moral take on the situation. The moral question then remains for us whether they should be relevant.

There are additional moral issues pertaining to justice and equity which are pertinent as well. Studies have shown that Black and brown Americans face a racial pay gap, and will likely owe more debt, meaning that it is more difficult for them to service their debt. According to Elissa Nadworny of NPR, “Many Black and Latino families have missed out on ways to build wealth in the past…due to racist policies. Researchers who study and talk to student loan borrowers say student debt is a primary factor holding them back now.”

This is in addition to, as mentioned, the physical and mental health issues that having so much debt can have. However, even if we accept that there should be some debt relief, there is still the question of how much. While some may argue that $10,000 is not sufficient, the facts suggest that not only is a significant amount of student debt less than $10,000, but that these are the loans which are most difficult to pay off. For example, many of these people went to college but did not finish. Thus, not only do they now owe money, but they likely make less than they would have. Meanwhile, more than a third of student debt is owed by the top 20% of income holders. This suggests $10,000 of forgiveness may have a more significant impact than cancelling another $40,000 on top of it. Thus, the problem may be that many will receive relief but not need it. There are several of these factors which affect the relative equity provided by each debt relief figure, and this makes the argument between $10,000 and $50,000 more complicated than it may first appear.

There is also the larger moral concern about tackling the cost of post-secondary education in the first place. This includes education cuts, rising tuition in public schools, as well as the growth of private schools which have resulted in a higher average debt burden. While debt relief may be a treatment, it doesn’t address the underlying sickness. Given that more jobs than ever require post-secondary education, and as a result enrollment has also skyrocketed, perhaps we should recognize that access to post-secondary education is a social need, and that the current university system as a whole, created and developed as it was before such need was felt, needs to be rethought.