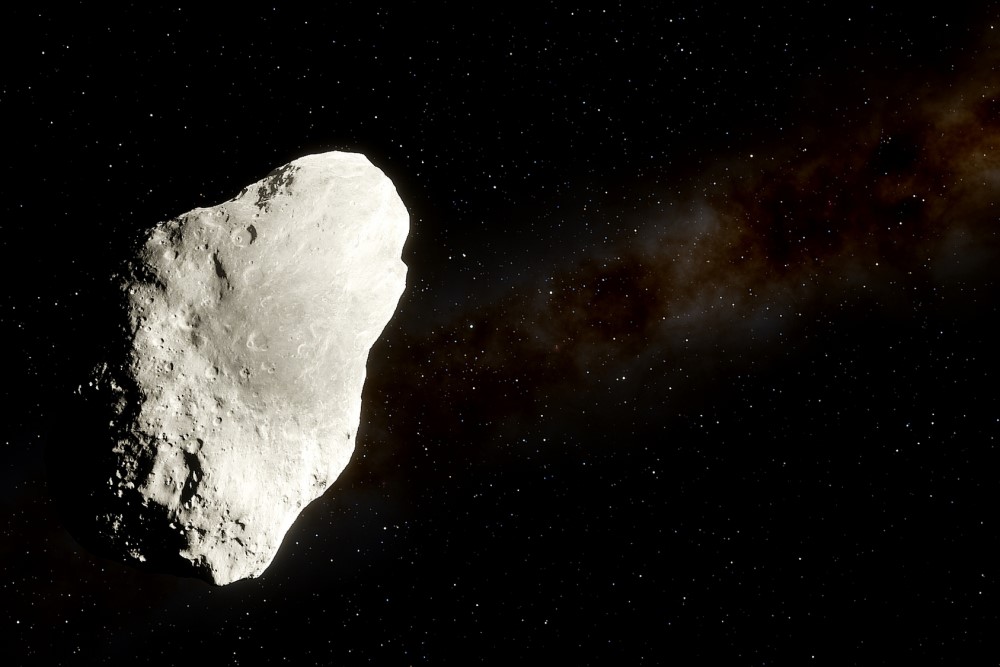 It was a big news day in Canada last month as it was announced that, thanks to an agreement on the Artemis program, a Canadian astronaut will join the United States on the first crewed mission to the moon scheduled to take place in just a few years. While the Canadian government was happy to note that this will mean that Canada will be only the second country to have an astronaut in deep space, the efforts to return to the moon are not driven only in the interests of science and discovery. This may be only a first step towards mining in space and that prospect raises ethical concerns.

The Artemis program followed the signing of Space Policy Directive 1 which calls for the United States to return humans to the moon for “long-term exploration and utilization.” Since then, in collaboration with private companies and international partners, missions have been scheduled for crewed missions in just under three years. While much of the program is scientific in nature and is being led by NASA, part of the program includes the Artemis Accords which have been signed by several nations and which outline some guidelines for the mining of space resources. According to the accord, the signatories affirmed various guidelines for the “extraction and utilization of space resources.”

According to the Outer Space Treaty of 1967, no nation may claim ownership of the moon or other celestial body. Space shall be free for exploration and use by all signatories. The Moon Treaty of 1979, drafted by the United Nations states that the Moon is a common heritage of humans and harvesting its resources is forbidden except by an international regime. It also bans any ownership of extraterrestrial property by a private organization. However, the United States, Russia, and China have not ratified it. Instead, in 2015 the United States passed the Commercial Space Launch Competitive Act which explicitly allows private corporations to engage in commercial exploitation of space resources even while avoiding asserting sovereignty over a celestial body. In April of this year, Trump signed an executive order encouraging space mining with it noting, “it shall be the policy of the United States to encourage international support for the public and private recovery and use of resources in outer space.”

The moon, in addition to several other space objects, contains minerals which can be extremely valuable in space and on Earth. Some of these are difficult to get on Earth and are located mostly in places like China, Russia, and Congo. For example, the moon is estimated to have more helium-3 than Earth and has several uses, including a possible use as fuel for nuclear fusion. The moon also contains lithium, titanium, aluminum, cobalt, silicon, and other important minerals. Materials like these can be useful for building everything from medical equipment to electric cars which can help with environmental problems. In space, such materials can be used for making things like rocket fuel and solar panels.

There are several reasons why such mining can be beneficial. As mentioned, there are plenty of materials that could be enormously helpful for further space exploration. Bringing material like rocket fuel from Earth is expensive, and while the costs have dropped in price in recent years, it will be cheaper if materials can be sourced from space itself for projects like the planned Lunar Gateway and for missions to Mars. A big reason why the costs of space travel have come down is owing to the investment of private companies. Greater private investment into mining may make the costs even cheaper over time, and this may allow for more efforts at scientific exploration and experimentation. It can also be of benefit on Earth as many of these materials can be used in medical technology.

Another important reason for the Artemis Accords is that the laws and treaties governing space were outdated. The nations that have signed on believe that it is a necessary step to establish guidelines for lunar exploration and to avoid conflict between different parties from Earth. The accords stress that while no one owns the Moon, parties that send equipment do own it and are liable for any damage they may cause. Setting out clear expectations for commercial interests now may help facilitate standards regarding issues like waste and prevent the moon from being an industrial dump.

On the other hand, there are several concerns that could arise with mining either the lunar surface or other celestial bodies. For example, there are several legal and political concerns. Russia and China are not part of the Artemis Accords. Russia has been critical of the accords and the Artemis program for being too U.S.-centric and for being a step back from the Outer Space Treaty whose central provision is that all nations of the world should benefit from space exploration. Indeed, one main criticism is that this is not being governed by the United Nations. A recent article for the journal Science argues “NASA’s actions must be seen for what they are—a concerted, strategic effort to redirect international space cooperation in favor of short-term U.S. commercial interests, with little regard for the risks involved.”

There are also the larger ethical concerns about who owns space, whether it should be mined, and what kinds of problems this could create. For example, in their article How much of the Solar System should we leave as wilderness? Martin Elvis and Tony Milligan suggest that we should already be concerned about “super-exploitation” where a growing space economy could lead to exhaustion of the finite resources of the solar system “surprisingly soon.” They note, “Approaching a point of super-exploitation is something that we ought to be concerned about if we assume that we ought to be concerned, at this point in time and in action-guiding ways, not only about ourselves but about future generations of humans.” They suggest that so long as economic growth is exponential, we should limit ourselves to 1/8th of the exploitable materials of the solar system with the rest being left “wild.”

The economic concerns may not stop there either. Efforts to mine material on the moon may negatively impact the national economies who may rely on selling those resources. There is also the potential worry about how much could be brought back. A single asteroid of platinum has been valued at possibly 50 billion dollars. One-eighth of the iron in the Asteroid Belt contains more than a million times all of Earth’s current reserves. Such dramatic changes in resource extraction and refinement has the potential to dramatically harm an economy as well.

There is also a concern about possible future militarization. While current treaties and laws regarding space prohibit many forms of military operations, if mining begins and not everyone agrees to the same rules, then future conflicts in space may then require militarization to support commercial interests. The United States Space Force Guardians may be called upon to secure U.S. interests in space. Lunar mining, and the mining of celestial objects in general, will carry with a large host of ethical problems and concerns and these will likely become better known to us sooner rather than later.