Under Discussion: Can In Vitro Meat Help Fix What Cattle Ranching Has Broken? 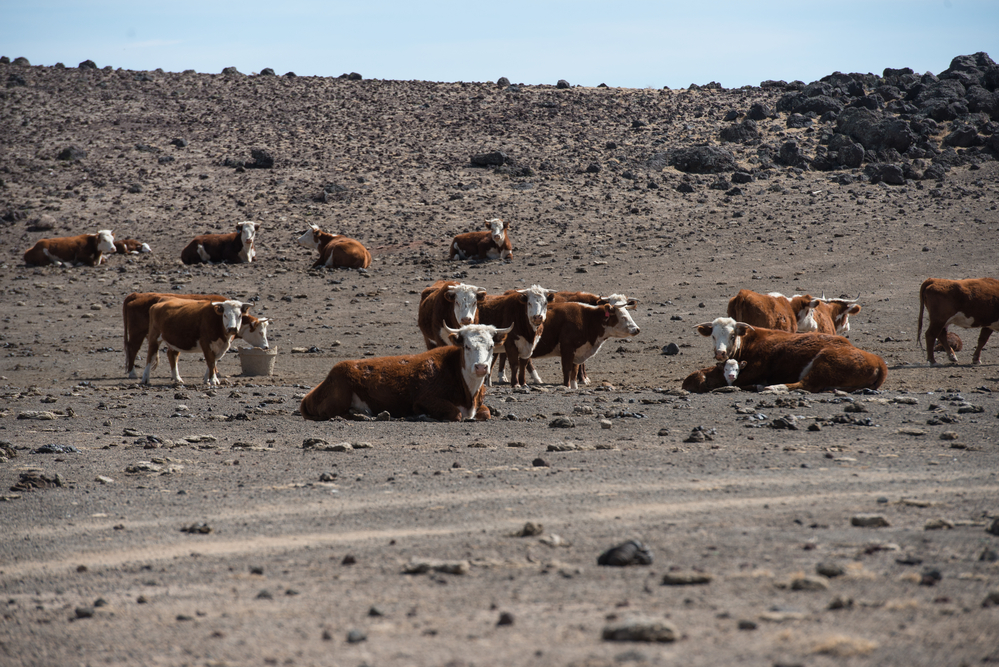 It is now clear that growing edible and delicious meat outside of an animal is not merely the stuff of science fiction. In vitro meat, aka cell-cultured meat, aka green meat, aka clean meat, has arrived. Regardless of how we want to brand it, our meat future could be slaughter-free if consumers express their support for it with their pocketbooks. There are many arguments that support this shift. Concerns about animal welfare are right out in front — our current system of industrial animal agriculture is terribly cruel and inhumane. There are also very compelling arguments related to environmental degradation and sustainability. The ways in which industrial animal agriculture harms the environment are too numerous to name and explain in this space. It will be useful to narrow the scope, so here we’ll emphasize environmental problems caused by cattle ranching.

People that live in rural areas are quite accustomed to seeing cattle grazing in vast pastures. In this setting, cattle seem wild and undomesticated. Their living arrangements appear to be peaceful — they have lots of room to move around, abundant fresh water to drink, and all the grass they can eat. They have the autonomy to socialize with peers or to venture out on their own. They also seem insignificant in the scheme of things. No one would think that the lifespan of a cow, or even a collection of cows could change the course of history. Because we have so much experience observing cows in these serene pastoral settings, many people do not know the life trajectory of most cows, whether they are destined to produce dairy, or their flesh will end up on a plate as someone’s dinner.

Though we may regularly see cows out on the pasture on our evening walks, we may not notice that they are not the same cows from year to year. Many cows do spend some portion of their lives grazing freely, but when they are roughly one year old, they are sold and shipped to Concentrated Animal Feeding Operations — CAFOs. Even before they get to this point, cows make quite the impact. When land is set aside for grazing, it often becomes significantly degraded. Overgrazing diminishes the nutrients in soil. Cow manure is also high in salt and causes high salinity levels in soil. Grazing cattle cause soil compaction, which makes it more difficult for water to penetrate. Ultimately, cattle grazing leads to desertification — the soil becomes dry and infertile. Desertification leads to significant loss in biodiversity. The problem intensifies when tropical rainforests are chopped down to make room for grazing. It becomes difficult if not impossible to recapture what was lost. Preserving the quality of our soil is itself a compelling reason to switch to in vitro meat.

The environmental impact of cattle ranching increases when they are moved to CAFOs. Modern cattle traverse many more miles than their ancestors did prior to the introduction of industrial animal agriculture, but they do so in trucks. When data is reported on the topic of contribution to greenhouse gas emissions, transportation emissions are frequently reported as entirely distinct from the emissions caused by animal agriculture. This fails to take into account the fact that many greenhouse gas emissions caused by transportation are attributable to transporting billions of animals from local farms to CAFOs and then from CAFOs to slaughterhouses.

CAFOs are unpleasant places for many reasons, not the least of which are the horrific acts of animal cruelty performed at these locations. They are also the source of a great deal of pollution. The government has zoning regulations for them because of the harms that they cause. According to the United States Department of Agriculture,

“A CAFO is an AFO with more than 1000 animal units (an animal unit is defined as an animal equivalent of 1000 pounds live weight and equates to 1000 head of beef cattle, 700 dairy cows, 2500 swine weighing more than 55 lbs, 125 thousand broiler chickens, or 82 thousand laying hens or pullets) confined on site for more than 45 days during the year. Any size AFO that discharges manure or wastewater into a natural or man-made ditch, stream or other waterway is defined as a CAFO, regardless of size.”

CAFOs came into existence to commodify animal bodies in order to maximize profits. Tremendous numbers of animals are kept in these spaces and they produce a lot of waste. Members of human communities understand that human waste can potentially make us sick, so over the years we have created and continue to improve upon sewage systems and waste treatment facilities. Animal waste created by CAFOs is not treated as the same health threat. Animal manure from CAFOS frequently ends up in both surface and groundwater and makes other living beings in the area, including humans, quite sick. These facilities are often located near poor communities and communities of color, raising concerns about environmental racism.

CAFOs burn lots of fossil fuels for the purposes of heating, cooling, and ventilating facilities as well as to run farming equipment used in the production of feed for the animals. As manure decomposes, it releases methane, and it stands to reason that facilities that house lots of animals are going to produce a lot of methane. Methane is also produced during the digestion processes of ruminant animals such as cows and goats. Ruminants have multiple stomach chambers that allow them to digest in such a way that they can consume tough grains and plants. Fermentation processes occur in the stomach chambers which produce methane that these animals release into the air.

The second way that our system of animal agriculture contributes to climate change is the role that it plays in deforestation; it contributes to the cause of global warming while also demolishing our planet’s natural defenses. Healthy forests are critical for clean air — during photosynthesis trees and other plants take in carbon dioxide and produce oxygen. Human beings are eliminating forests at an alarming and expanding rate and animal agriculture is the primary cause. Trees are chopped down to allow room for cattle to graze and to grow soy to feed to cattle and other farm animals. The World Resources Institute predicts that only 15% of the Earth’s forest cover remains intact. As a result of deforestation, ecosystems are destroyed, species are pushed into extinction, and greenhouse gasses warm the planet and acidify our oceans. Each of these considerations on its own is enough to justify producing meat in vitro instead.

Industrial animal agriculture also uses alarming amounts of water. The production of beef, in particular, is very water intensive. It takes nearly 1,800 gallons of water to produce a single pound of beef. Many countries suffer from water scarcity. This can happen because of drought, poor water infrastructure, or pollution in water supply. The result of this is that many people and other animals do not have enough clean water to drink and to use in other ways that sustain life and health. When we consider the impact of the water consumed by raising cattle for food, taken together with how much water raising cattle pollutes, it is clear that, if human beings won’t give up eating red meat, producing meat via an in vitro process is much more compassionate and environmentally sustainable.

This argument has focused on beef but raising other animals for food presents related environmental challenges. In an ideal world, recognition of these problems would motivate everyone to become vegetarian or vegan. We do not live in such a world. Due to the efforts of dedicated animal rights and welfare advocates, vegetarianism and veganism are on the rise. Unfortunately, commitment to this lifestyle has not grown as sharply as has the worldwide demand for meat. If we are going to stop these environmental problems before they get even worse, we’ll need another strategy. In vitro meat may be an important part of that strategy.