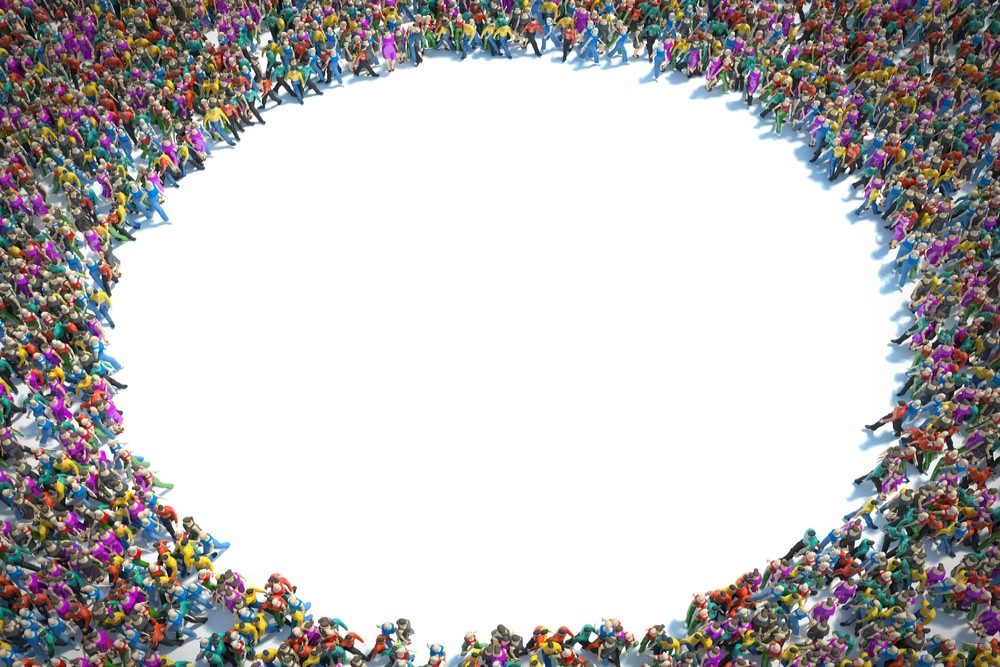 One of the most famous defenders of free speech, John Stuart Mill, argued against the silencing of unpopular opinion on the grounds that we would potentially miss out on true ideas and that we need to check our own fallibility. Contained in this reasoning is the idea that in the marketplace of ideas that truth would hopefully emerge. But that marketplace is evolving into several niche submarkets. The use of algorithms and the creation of filter bubbles means that we no longer share a common pool of accepted facts. The recent US election has revealed just how polarized the electorate is, and this raises a moral question about to what extent a democratic public is obligated to look outside of their bubbles.

Regardless of whether the current president concedes at this point, it is difficult to think that the conspiracy theories about the 2020 election will disappear, and this will have long-term ramifications for the country. What this means is that at least two sets of citizens will have very different factual understandings of the world, especially after January. The fake news being spread about the election is filling a demand for a particular version of events, and on the right this demand is now being met with news sources whose content is ever more divorced from the reporting that the rest of us get. For example, the backlash by Trump supporters over Fox News’ projected win for Biden has led many on the right to label the network as “too liberal” and to switch to alternatives who are more willing to reflect the reality that is desired rather than the reality that exists. Similarly, conservatives feeling that their views have been censored on Facebook or Twitter have been drifting towards new platforms which are tailor-made to reflect their beliefs and are rife with misinformation.

The long-term concern of course is that as different political perspectives confine themselves to their own apps, sites, and feeds, the filter bubble effect becomes more pronounced. The concerns that Mill had about censorship in the marketplace of ideas isn’t the problem. The problem is that the pluralistic marketplaces that have spawned, and the different sets of political worldviews that have been created, are becoming insular and isolated from one another and thus more unrecognizable to each other. This is a problem for several reasons. Many have already pointed out that it allows for misinformation to spread, but the issue is more complicated.

The political bubbles of information and the echo chamber effect are making it easier to escape that check on fallibilism for those all across the political spectrum. It also makes addressing real world problems like climate change and COVID-19 more complicated. As one nurse has said, people are literally using their last breaths proclaiming that COVID isn’t real as they die from the disease. When recently asked about the fact that President Trump received over 70 million votes in the election, former President Obama opined that the nation is clearly divided and that the worldview presented in rightwing media is powerful. He noted, “It’s very hard for our democracy to function if we are operating on completely different sets of facts.”

As many experts have testified, this split in worldview is not going away. The moral issue isn’t merely that so many people can believe falsehoods or that truths may be buried; it’s the way that “facts,” as understood within an epistemic bubble, are related to each other and how political problems get defined by those relations which all lead to incommensurability. The moral issue is thus practical: how does a society where everyone is free to create their own worldview based on their preferences and have their views echoed back to them function when we can’t recognize what the other side is talking about? As the election debates demonstrated, certain dog whistles or narratives will resonate to some and not be recognized by others. Even if we put facts, fact-checking, and truth aside, do we still have a moral obligation to look outside of our own bubble and understand what our political opponents are saying?

In a recent paper from Episteme on the subject, C Thi Nguyen argues that we need to distinguish between epistemic bubbles and echo chambers. In the former, information is left out because a consumer is only provided certain sources. For example, if I open links to certain kinds of articles in a news feed, an algorithm may begin to provide more articles just like it and exclude articles that I am less likely to open. Thus leading to an epistemic bubble. On the other hand, if I specifically avoid certain sources or exclude certain sources I am creating an echo chamber. As described, “Both are structures of exclusion—but epistemic bubbles exclude through omission, while echo chambers exclude by manipulating trust.” Breaking free from an echo chamber is far more difficult because it involves using distrust of non-members to epistemically discredit them.

Trust is obviously important. Attempts to undermine fake news outlets or engage in censorship have only seemed to inspire more distrust. Fox News tries to maintain journalistic integrity by projecting an election, but this breaks the trust of Fox News viewers who leave for another network which will reflect their wishes. Since Twitter tags misleading tweets, conservatives are opting for other means of sharing their views. It seems the more that the so-called mainstream media tries to combat disinformation spread, the more it creates distrust. Simply trying to correct misinformation will not work either. Studies of disinformation campaigns reveal just how difficult it is to correct because even once a false claim is corrected, it is often the false claim that is remembered.

So, what is the alternative? As mainstream media attempts to prevent the spread of misinformation on their own platforms, trust in those platforms declines. And those who are left watching mainstream media, even if they do want truth, lose a check on their own biases and perspectives. Do the rest of us have an obligation to look at Newsmax, Breitbart, or Parler just so we can see what epistemic framework the other side is coming from? It may not be good for the cause of truth, but it might be necessary for the cause of democracy and for eventually getting the country to recognize and respond to the same problems. It may be that the only way to rebuild the epistemic trust required to break free from our echo chambers is to engage with our adversaries rather than merely fact-check them. By preventing the marketplace of ideas from balkanizing, there may still be a cheerful hope that through the exchange of ideas truth will eventually emerge. On the other hand, it may only cause more disinformation to spread even easier. Mill’s dilemma is still our dilemma.