Under Discussion: Consent of the Governed? Obstacles to Free and Fair Elections 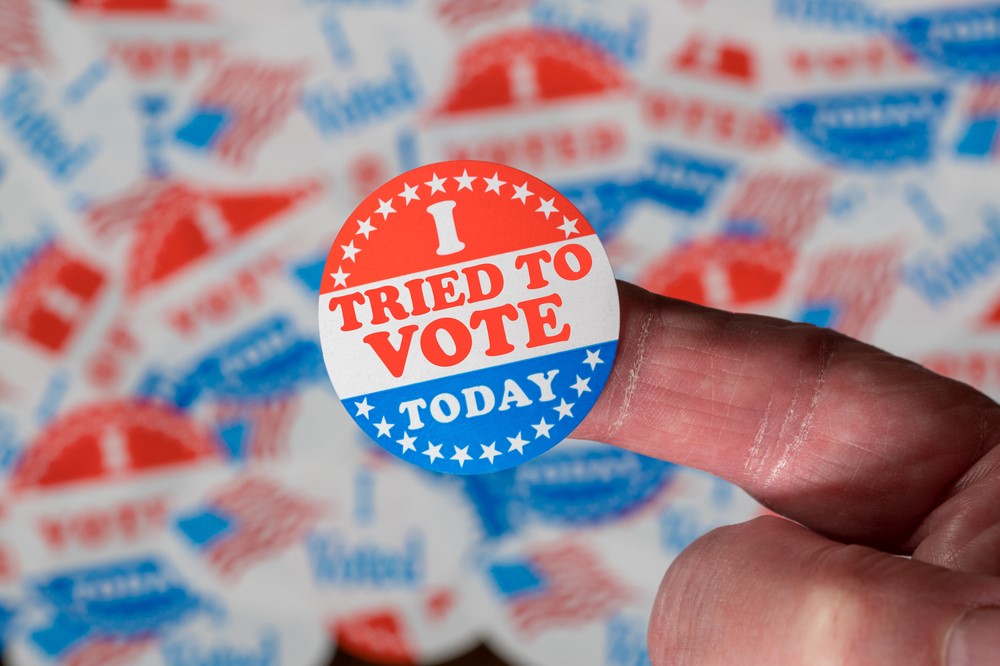 Addressing the House of Commons in 1947, Winston Churchill famously said, “it has been said that democracy is the worst form of Government except for all those other forms that have been tried from time to time.”

It is not difficult to identify problems with democracy. Citizens aren’t always well informed on critical issues, so they sometimes vote in large numbers for disastrous policies and candidates. Sometimes substantial groups of people hold positions on moral issues that harm other people or violate their basic human rights. Democracy doesn’t ensure just outcomes, so it isn’t always perfect.

On the other hand, democratic institutions are essential for grounding the authority and legitimacy of government. It is only when all citizens can vote in free and fair elections that government functions with the consent of the governed. Respect for democratic processes is also critical for keeping the peace among competing factions. Governments that honor democratic traditions have ways of preventing disagreements among political groups from being resolved violently.

Democracies that stifle the ability to vote or that seek to minimize the extent to which one person’s vote counts as much as any other person’s are democracies in name only.

True democracies are respectful of the equal moral worth of all persons. Organizations like the National Democratic Institute and the United Nations Electoral Assistance Division have worked tirelessly to observe elections worldwide to support and strengthen democratic institutions. The hope is that their presence will contribute to elections that are fair so that authoritarian regimes are not painted with a veneer of legitimacy.

We don’t have to look abroad for examples of interference with the free functioning of democracy. If democracies respect the equal moral worth of all persons, and if government is only legitimate if it has the consent of the governed, then the early system of government in the United States was not a true democracy, since the federal government left decisions regarding who could vote up to the states. The states routinely disenfranchised women and Black people. It took constitutional amendments to change that. Even after these amendments were passed, states still had the power to pass laws regarding voting. Many states enacted poll taxes and literacy tests as prerequisites for voting. They knew that this would serve as a practical way of preventing Black people from exercising their voting rights.

We don’t have to look to history to find examples of democracy being thwarted and undermined. Our current legislators, motivated by winning elections, making money, and holding onto power, engage in all sorts of tactics to see to it that only the votes of their supporters are counted.

One of the primary methods of misrepresenting the will of the people is gerrymandering. Gerrymandering is the practice of drawing voting district lines in unnatural ways. So, for example, if members of political group A live in the city and members of political group B are drawing the districts, group B may draw the districts in such a way that any one of them captures only part of the city voters but plenty of the voters in the suburbs and rural areas, diluting the voting power of political group A. Gerrymandered districts don’t reflect the will of the people. They misrepresent the political preferences of specific communities.

Democracy is also undermined when some citizens are taxed, and yet have either no representation in Congress or fail to have proportional representation. The United States fails this test when it comes to Puerto Rico, Guam, and the District of Columbia — places populated by voting taxpayers that do not have representation in Congress. What’s more, all states have the same number of senators, regardless of their respective populations. The state of California has a population of 39.51 million people. It has two senators. The state of Wyoming has a population of 580, 000. It also has two senators. As a result, the residents of the state of Wyoming have significantly more proportional voting power than the citizens of California.

The number of representatives in the House that each state has depends on their population. The population is studied and recorded by the census, which is a survey of households conducted every ten years. For a democratic system to be free and fair, no undue burdens or significant obstacles should be placed in the way of the opportunity that each household has to fill out their census report. This year, the Commerce Department warned that completing the census on time would not be possible because of the constraints caused by the pandemic. They requested an extension. The Trump administration did not comply with this request, arguing that the data must move to the analysis phase. Not only did the administration not extend the deadline, they actually moved the deadline up. This week, the Supreme Court ruled in favor of the Trump administration. This means that the administration will have its hand in apportionment of representatives to the House, even if Trump loses the election. Civil rights groups such as the National Urban League have argued that this decision is likely to harm already disadvantaged communities.

Another significant obstacle in the path to free and fair elections is voter suppression — the practice of preventing voters from certain demographics from voting. Poll taxes and literacy tests were forms of voter suppression in our country’s early history, but those kinds of tactics have not been relegated to a bygone era. In the age of coronavirus, voters are concerned that their mail-in votes will not be counted. Nevertheless, many elected officials across the country have arbitrarily limited the number of drop-off ballot locations. For example, in Texas, republican Governor Greg Abbott issued an order to shut down dozens of ballot drop-off sites weeks before the election, opting instead for a policy that provides one drop-off site for every county, regardless of its population. The result is that Harris County, which has a population of more than 4.7 million people, has the same number of ballot drop-off boxes — one — as Rockwell County, with a population of 88 thousand. A federal appeals court recently upheld Governor Abbott’s order.

The political voices of individual human beings with interests and moral worth should be the central building blocks of democratic decision making. This isn’t possible when the interests of powerful corporations end up dwarfing the voices of the people. The Supreme Court’s opinion in Citizens United v. Federal Election Commission, which maintained that corporations are people with free speech rights that can be exercised through unlimited donations to political campaigns, made the United States a substantially less democratic country. In his dissent, Justice John Paul Stevens argued that the majority decision constituted a “rejection of the common sense of the American people, who have recognized a need to prevent corporations from undermining self-government.”

Finally, free and fair democratic elections are undermined by lies, threats, and the intentional mass spread of misinformation. For example, President Trump has repeatedly claimed that mail-in voting will result in massive amounts of voter fraud. He blasts this message through his significant political megaphone even though there is no evidence to believe that it is true and plenty of evidence to believe that it is false. The Trump campaign is also gathering an “army” of poll watchers to go to the polls on election day, raising concerns about a chilling effect on voter participation and the possibility of voter intimidation at the polls.

The National Democratic Institute raises red flags for elections that present as democratic, but that don’t actually operate in ways that respect the will of the people. Perhaps they should keep an eye on our elections here in the United States.