Under Discussion: Are Liberalism and Democracy Fundamentally at Odds? 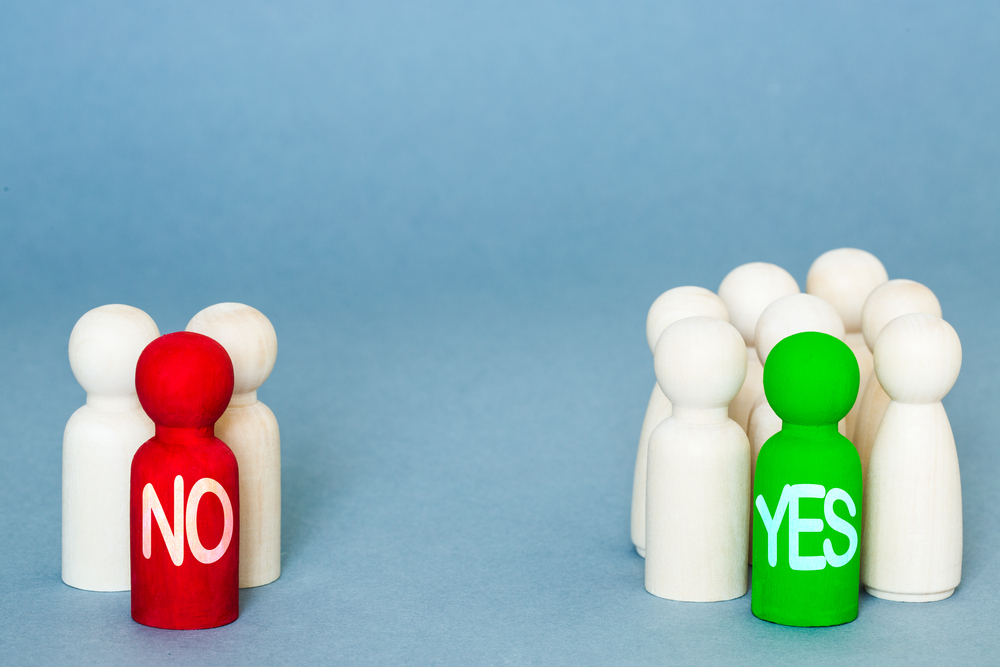 “Liberal democracy” is a phrase so commonly trotted out in discussions of types of modern political regime that one could be forgiven for thinking that its components — liberalism and democracy — fit together hand in glove. Yet this is far from true. The U.S. Constitution represents an uneasy compromise between liberalism and democracy, and many of the thorniest political problems the U.S. has faced derive from the fundamental tension between them.

Liberalism is a political philosophy that makes the individual and her freedom the locus of value. According to liberalism, the basis of the state’s right to use coercive power is that such power is necessary to secure the freedom of the individual against the depredations of others, including the state itself. By contrast, the practice of democracy is undergirded by an ethical commitment to the principle of majority rule — the idea that the basis of the state’s moral right to use coercive power is the mandate of the majority of the people.

In a liberal democracy, then, we have two uses of state power that count as morally legitimate: to secure or enhance freedom, and to enact the will of the majority. But these two uses can sometimes point in different directions. On occasion the majority wishes to reduce freedom — usually, the freedom of a minority. For example, segregation in the U.S. South represented the will of the white majority imposing limitations upon the freedom of the African-American minority. In such circumstances, there is a clash between the idea that majority rule makes political power legitimate, and the idea that political power cannot legitimately be used to restrict freedom. The key question in such cases is whether freedom ought to triumph over majority rule or vice versa.

The Founding Fathers were liberals and democrats, which is why they created both democratic institutions and institutions to serve as bulwarks against the popular will. For example, for all practical purposes the Bill of Rights takes questions of fundamental individual liberty off the democratic agenda: there will be no vote on the right to free speech (thank God). Meanwhile, the judiciary acts as a counterweight against democratic majorities when, through their representatives, they enact legislation that undermines the rights enshrined in the Constitution.

Today, those on opposing sides of many of the most controversial issues in U.S. politics will invoke the two legitimate uses of political power to ground their positions in widely acknowledged political values. Consider two culture war issues, abortion and gay marriage. Liberals say that they find within the Constitution a guarantee of women’s freedom to choose and homosexuals’ freedom to marry. Thus, they argue that state legislatures cannot legitimately prohibit these activities, even if the majority of people in the states are against them. On the other hand, invoking the legitimacy of majority rule, conservatives urge that these issues ought to be brought up for a vote in each state. At the same time, liberals will also point to the majority of Americans who support legalized abortion in favor of their position, and conservatives will oppose gay marriage on the grounds that it impedes the free exercise of religion. It’s interesting to note that essentially the same arguments — freedom versus the will of the majority — were made by the advocates and opponents of desegregation in the 1950s and 1960s, or the radical Republicans and Southern Redeemers in the 1860s and 1870s. We will probably see the same pattern repeat itself in debates over transgender rights, drug legalization, and other issues in the coming years.

As my potted history suggests, the trend over the last sixty years has been toward greater freedom and less majority rule. The courts have interpreted the Constitution as a broad guarantor of individual rights, regardless of the people’s desire to abridge those rights. But this may be changing. With the U.S. Supreme Court becoming more conservative, we may see a rollback of Constitutional guarantees of certain individual rights. The trend of finding individual rights in the Constitution, and of continually broadening the scope of federal government protection for those rights, will be reversed. In effect, the courts will throw these issues back to the voters through their representatives in state legislatures.

Is this a welcome development? On the one hand, it will mean that many states will not recognize what many believe are important individual rights, such as the right to control one’s reproductive life through the use of safe abortion. On the other hand, it will mean that people will live as the majority of their co-citizens wish them to live, at least with respect to certain important choices in their lives. Democrats (of the small ‘d’ variety) might find in this reason to celebrate.

Indeed, the slide toward illiberal democracy appears to be a world-wide phenomenon. Illiberal democrats reject the liberals’ view that securing and enhancing freedom is a legitimate use of state power. Philosophically, they recognize only the legitimacy of majority rule, and they use democratic tools, such as referenda, to legitimate policies that strip minorities, political opponents, and ordinary citizens of their civil and political freedom.

But for all that liberalism and democracy can be at odds, the fusion of the two appears to be a relatively enduring and equitable model. Individual civil rights like free speech encourage more effective democratic deliberation and encourage participation in the political process. At the same time, insofar as liberalism is embraced by the majority, it is further legitimated by that very embrace.

Still, the potential for disharmony between the fundamental tenets of liberalism and democracy means that liberal democracies are never free of deep controversies that can tear at the social fabric. As we continue through this period of both internal and external instability, that potential is more likely to come to fruition as the will of the people becomes increasingly antagonistic toward the freedom of the individual.