Under Discussion: A Dearth of Democracy 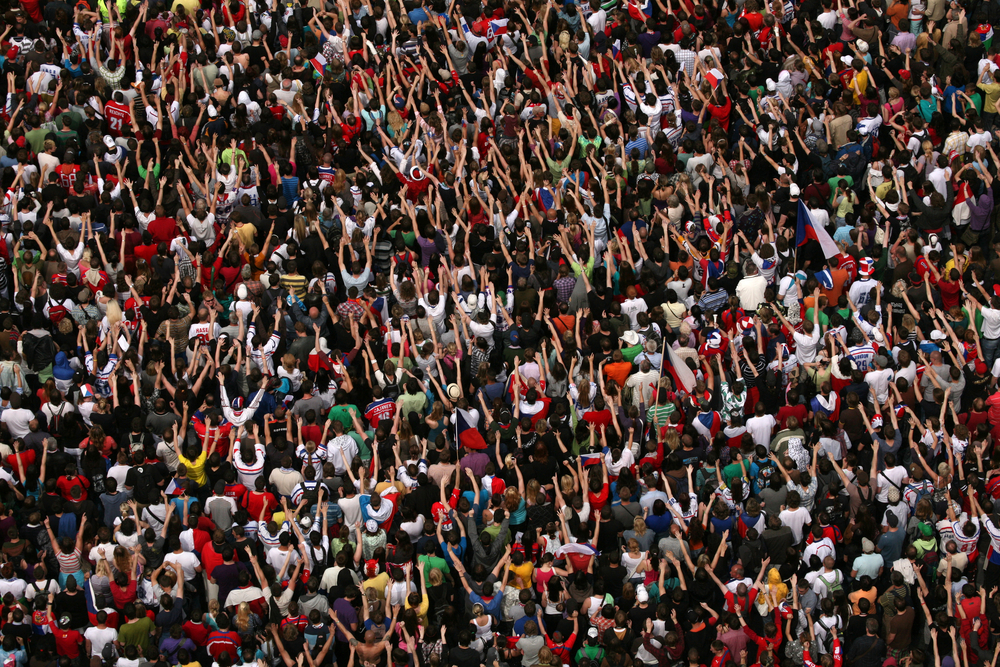 At what is arguably the most powerful level of our government, there is the least democracy. The words “government of the people, by the people, and for the people” rings largely hollow, when seen in the light of the possibilities of democracy. This observation is not countered by the pedantic point that the United States was not conceived of as a democracy, but instead as a republic. Even conceding this point, as a democracy of indirect representation the United States is not particularly democratic.

The federal government is more removed from the direct control of the people than are the governments of the various states. This is by design. Originally, the federal government was conceived of more as the forum in which the states themselves, rather than the citizens thereof, advocated for their interests. Members of the US Senate were chosen by the legislatures of the states they represented, rather than directly by the people of those states. The President of the United States was chosen by electors, which in most states were not selected by popular vote but by the legislature of that state. Moreover, the number of electors allocated to a given state was based on that state’s number of representatives in US Congress. Hence, all of the federal government, except the US House of Representatives, constituted an at least doubly-indirect democracy.

To demonstrate this point, it helps to spell-out different mechanisms of democracy. We’ll talk about two mechanisms of indirect democracy, and two of direct democracy. The first mechanism of indirect democracy is what most people in the US likely think of when they talk about a democratic process — election. To state the obvious, election is the mechanism by which we pick someone to act as our representative in some role. As we’ll see later, elections can be conducted in manners that lead to a more or less representative outcome. The corresponding mechanism to election is recall, by which people vote to remove someone from a role for which they were earlier elected. A recall election is followed by, and sometimes combined with, a special election to fill the seat vacated by the official who was recalled. Retention elections, in which voters determine whether a judge remains in office, are used in several states and are a kind of hybrid election-recall mechanism.

The mechanisms of direct democracy are powers which people in indirect democracies vest in elected officials: initiative and referendum. Initiative is the power to propose and enact laws: i.e., legislative power. Ballot initiatives are the relatively rare occasions in which voters exert some direct control over what laws are enacted. The power of referendum is to initiative what recall is to election: it is the means by which enacted laws are repealed. In practice, the terms ‘initiative’ and ‘referendum’ are both used primarily to refer to legislative proposals that are voted on directly by voters. There are other, non-legislative powers that in theory could be assigned to voters at large. However, we’ll stipulate for the purposes of this discussion that it is a bad idea to give executive (enforcing the law) and judicial (interpreting the law) powers to the general electorate.

At the federal level, there is no popular initiative or referendum. All federal legislation is promulgated, amended, or repealed by the initiative of US Congress. Nor are any federal officials subject to recall. (Federal judges are not subject to retention elections, as they serve during “good behavior.”) Hence three of the four mechanisms of democracy — and both of the mechanisms of direct democracy — are unavailable at the federal level. This leaves only election. The federal government is less removed from popular control than it was originally. US Senators have been elected by popular vote since the 17th Amendment to the US Constitution, ratified in 1913. Further, every state apportions its electoral votes for president on the basis of popular vote. However, discontent with the federal government has led to numerous calls to reform these entities or the way they’re elected. In some cases, people even call for the abolition of the electoral college or US Senate. These institutions and the way their members are selected do not necessarily represent the varied interests of US citizens and their diverse values. Many reformers look to parliamentary countries (e.g., New Zealand) that make use of systems like proportional representation and ranked-choice voting for inspiration. Some US states make limited use of some mix of these enhanced democratic mechanisms. But by-and-large, the various states of the US recapitulate the limited and indirect forms of democracy found at the federal level.

As the United States prepares for a presidential election marked by extreme polarization and cautious attention from the rest of the world, there will be a lot of talk about the US system of government. The candidates will tout the US as a great democracy that will flourish under their leadership, and will warn of the degradation democracy faces at the hands of their opponent. It is important to keep in mind when evaluating all this rhetoric how little democracy the US has ever had, especially at the federal level.