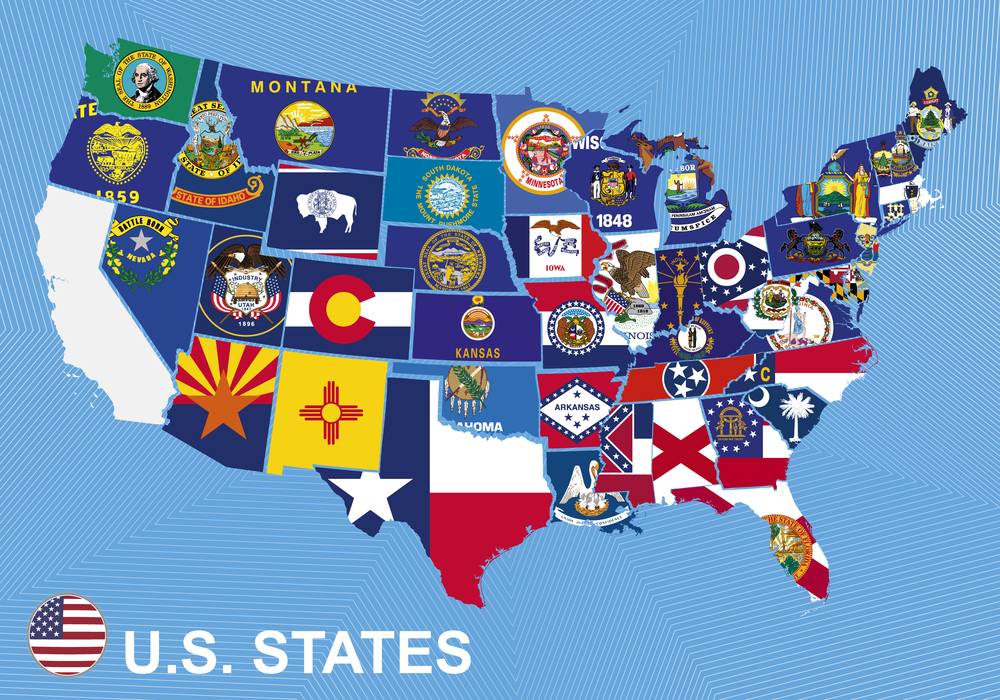 On Tuesday September 22nd, the conservative lawyer and political commentator David French published his new book Divided We Fall. The book provides a careful diagnosis of current American polarization, a chilling prognosis of where this polarization might lead us, and ends with a prescription that we reinvigorate American federalism by devolving power out from the federal government and back to the states.

I found Divided We Fall especially interesting because one of my favorite books published this year was Ezra Klein’s Why We’re Polarized. French and Klein end up discussing and addressing many of the same issues; French from a more conservative position and Klein from a more liberal one. As such, it is fascinating to note where they agree and where they disagree.

Both think political polarization is increasing and that other forms of division are aligning along the political spectrum. Increasingly if you disagree with someone about who should be president, then you also likely live in a different state, read different books, watch different shows, shop at different stores, and disagree about religion.

Democrats don’t just support more redistributive taxation, they also live in cities, tend towards secularism, shop at Whole Foods, read The New York Times, own a copy of Ibram Kendi’s How to Be an Antiracist, watch Game of Thrones, and are terrified of the political power of the oppressive conservative right. Republicans, in turn, don’t just support free-market deregulation, they also live in rural and suburban areas, regularly attend church, eat at Cracker Barrel, watch Fox News, own a copy of Tim Tebow’s Autobiography Through My Eyes, watch Walking Dead, and are terrified of the cultural power of the ideologically intolerant progressive left.

The number of ‘landslide’ districts are increasing. People increasingly live around those with similar political views. As such, those they meet in real life are likely to agree and reinforce their views. Layered atop that geographical siloing, we also find ourselves in curated online environments surrounded by those of like mind.

Both books provide an excellent overview of these issues. French’s delves more into the cultural differences between liberals and conservatives, while Klein spends much more time discussing the historical polarization between the democratic and republican parties. But the essential diagnosis is quite similar.

Though French and Klein agree almost entirely on the diagnosis, they disagree partially on the prognosis. French and Klein both worry that American politics is on a trajectory to grow increasingly bitter, and become increasingly dominated by hate and fear. However, French takes his prognosis several steps further and argues the situation could grow so bad that we should currently take seriously the possibility it leads to secession. The discussion of secession is the weakest part of the French’s book. But since I don’t want this to turn into a book review, I’ll put my particular criticism aside (interested readers can keep an eye out for a forthcoming blogpost in which I review French’s book at greater length). Whether or not you take seriously the possibility of secession, however, both French and Klein agree, and are right to agree, that the health of our democracy is compromised by continual polarization into fear-filled communities.

Now here is what is fascinating. French and Klein agree on the diagnosis and much of the prognosis, and yet, their prescriptions are radically different, indeed they are almost opposite. French calls for a renewed Madisonian federalism. He thinks that as Americans grow further and further apart ideologically, it is less and less tenable to adopt one-size fits all political solutions at the federal level. Klein, in contrast, calls for reforms to increase the effective power of the federal government. Klein thinks that we should make it easier for the government to pass sweeping federal policy because if politicians were forced to actually govern they would need to find actual solutions and, more importantly, it would create track records of policy to which voters can hold politicians accountable.

Interestingly, even here, there is a profound agreement about what is needed for reform. French and Klein both think that we need greater policy experimentation. We need policy proposals to be put into effect so that we can see what the effects are. French wants to see this occur synchronously between states. He wants California and Tennessee to both attempt sweeping health care reform. In each state attempting different solutions, what works can get more broadly adopted. As more states adopt the successful policies they can each try different refinements giving us even more useful data about what works best in what sort of states. Klein wants to see this experimentation occurs asynchronously between administrations. When democrats are in control let them pass Obamacare, when republicans are in control let them actually repeal it, and then let the American people decide which approach they actually liked.

There are lots of arguments one could make for either proposal, and you can hear many of these arguments made in this discussion between David French and Ezra Klein (given how much I liked both books I was super excited that French showed up on Klein’s podcast).

French’s central argument against Klein is that sweeping federal policy is just too dangerous in a fractured political climate. If you see the future of your nation at stake, then seeing the other side empowered to enact sweeping federal change will drive your political tribe out of its mind. And given that you receive your news from the news sources sanctioned by your tribe, you won’t even end up with the meaningful data that allows you to see when the other side’s policies actually were not so bad.

Klein has several arguments against French. Perhaps the strongest being that federal action really is just necessary. We can’t wait forty years to see the effects of state by state climate reform, we need a massive federal response to global warming and we need ten years ago. We can’t wait three years to see which state’s COVID response worked best, we needed a unified federal strategy back in March.

Both French and Klein have a point, and it is useful to just note that I think there is a plausible middle ground between their views. Perhaps what we need is a federal government that can do more, but chooses to do less. Where the federal government is able to pass sweeping policies where a federal response really is needed, but which also leaves to the states anything that need not be done at the federal level. This solution would be a form of subsidiarity — the view that problems should be tackled by the most local form of authority competent to handle the problem. Thus, if states really can adopt healthcare reform, then they should be empowered to do so. But if we require national coordination to solve the free-rider problem of fossil fuel use then the federal government should be ready and able to act.

Klein and French both draw our attention to the current problem of political polarization. It’s scary to think their solutions differ as much as they do, and makes it clear there might be no perfectly good options before us. But I think it is clear that something at least needs to be done. For now, I’d start by reading both books!