Is Microtargeting Good for Democracy? 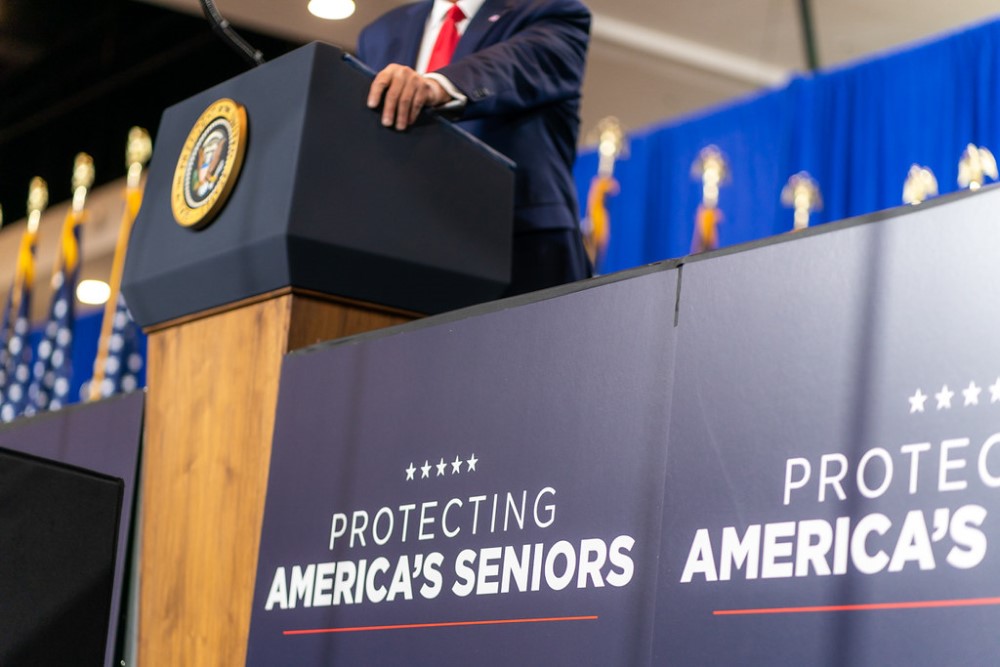 “Suburban women, would you please like me? Please. Please.” This was Donald Trump’s messaging at a campaign event this month. While there are many striking things about a statement like this, what particularly struck me is how transparent Trump is about trying to appeal to specific voting demographics rather than to women, voters, or Americans at large. This is not new of course, political campaigns have spent decades trying to find the specific target voters they need to win, but what was once the terminology of campaign logistics and pundits has become public campaign rhetoric. A campaign is able to identify and target voters through a process called microtargeting. But what is it and does it make democratic politics better or worse?

Let’s say that you enjoy a certain television program. What you may not realize is that there may be a significant correlation between your viewing habits relative to others and how you may vote. As a result, when that program goes to commercial, you may be bombarded with political advertising for a certain candidate. This actually happened in 2016. The Trump campaign determined that people who watched The Walking Dead were more likely to have specific views on immigration and as a result, Trump advertising on immigration was aired during the program. This is microtargeting, and through careful statistical analyses of large amounts of data, political campaigns can find and try to reach specific voters in order to improve their chances of winning.

Microtargeting involves the use of a large pool of data that tracks potentially thousands of variables about a person in order to determine the political messaging that you will best respond to. How this data is collected is a matter of controversy. Some of this data can be limited in scope to matters like what precinct you live in, whether you voted in previous elections, etc. Other times, the data can be much more specific including viewing habits, social media habits, personal details, and more. By using various algorithms in data analysis, a company or campaign can target you with online and television advertising, door-knocking, and even mailed literature. You may get different advertisements for a candidate than your neighbor gets for the same candidate because of this.

The issue carries a whole host of ethical problems and concerns. For example, the Facebook-Analytica scandal involved the consulting firm Cambridge Analytica providing such services using data collected from Facebook without permission from users. How this data is collected and who can access it are major concerns for those who worry about privacy. However, for my purposes I will focus on the ethical concerns that microtargeting raises as it pertains to democracy and the democratic process.

Proponents of microtargeting argue that this is just a more effective means for a campaign to reach out to potential voters. The Obama campaign made great use of microtargeting techniques in order to mobilize young people, Latinos, and single women in key swing states. Traditional forms of advertising can leave certain voters out if advertising is based only on factors like geography or party registration. This also means that advertising can be more efficient as there is no longer a heavy reliance on wide-run television advertising.

Being able to recognize people who may support a candidate and then figuring out what exactly will motivate them to vote isn’t a bad thing. Nor is it necessarily a bad thing that political parties learn more about who their voters are and what kinds of things they care about. This may reveal more about what voters care about than what is typically captured by opinion polling, media coverage, and focus groups. Such tools could be effective at identifying and perhaps re-engaging those who have dropped out or are otherwise ignored in the larger democratic conversations that take place during an election year. Likewise, it is not necessarily a bad thing for a voter to get the kind of advertising that they may wish to see.

On the other hand, microtargeting can be harmful to democracy in several ways. Microtargeting seeks to identify issues important to you and to feed you advertising that will motivate you to vote. However, democracy should not just be a matter of appealing to the often subjective and idiosyncratic views you already have. Election campaigns are not a mere matter of logistics, they are a national conversation. Microtargeting enables and encourages narcissistic voters.

Voters should be aware of the larger democratic conversation taking place at an election time and they may not understand these issues if they are only receiving targeted advertising that only focuses on narrow issues in a narrow way. If gun rights or the environment are the most important issue to you in an election, that’s great; but you should be aware of how those issues affect others and what other issues may require the attention of the public.

Another significant problem lies in the irony of microtargeting; it narrows the focus to the individual while simultaneously lumping that individual into specific segmented target groups based on correlations of certain variables in other groups. Each target group has its own interests, motivations, and desires (and fears), and campaigns are then free to exploit these as they see fit. This makes it easier to create conflict between these groups, as there is evidence that microtargeting can contribute to polarization. It means that politicians focus more on voting blocks and less on the public at large, hence why even presidential candidates now speak directly to voting blocks. It also means that a campaign doesn’t have to focus as much on a single consistent message, making it easier to tell different things to different target groups. Political parties choose their voters rather than the reverse. And it isn’t only politicians. The media coverage of the election spends an unhealthy time obsessed with which target group will support who, or how demographics in certain districts have changed over time. The election becomes about the process of the electioneering rather than about policy, character, or other issues of public importance.

Even more disturbing is that these correlations between variables may signify nothing rather than being a predictor of political preference. Models may build incorrect profiles of the groups they are targeting. Indeed, some have posited that this is little more than snake oil posing as science. The advertisements are also less accountable. These are targeted ads rather than ones that will be seen by the public at large. They are often shared on Facebook and social media and can often contain misinformation. All of this can serve to undermine political trust and transparency.

There are great benefits that microtargeting can have for democracy. It could be used as part of a massive campaign to encourage voter registration and voting. Experts will often suggest that it is neither good nor bad, but it is only how it is used that is ethically relevant. However, the larger concern is that we do not understand the effects of the use of the technology yet to know in what ways that it can be used for good or bad. Thus, while banning its use may not be wise, limiting its use in politics seems wise, at least until we learn whether it can function as a tool for the improvement of democracy.