Under Discussion: Dog Whistles, Implicatures, and “Law and Order” 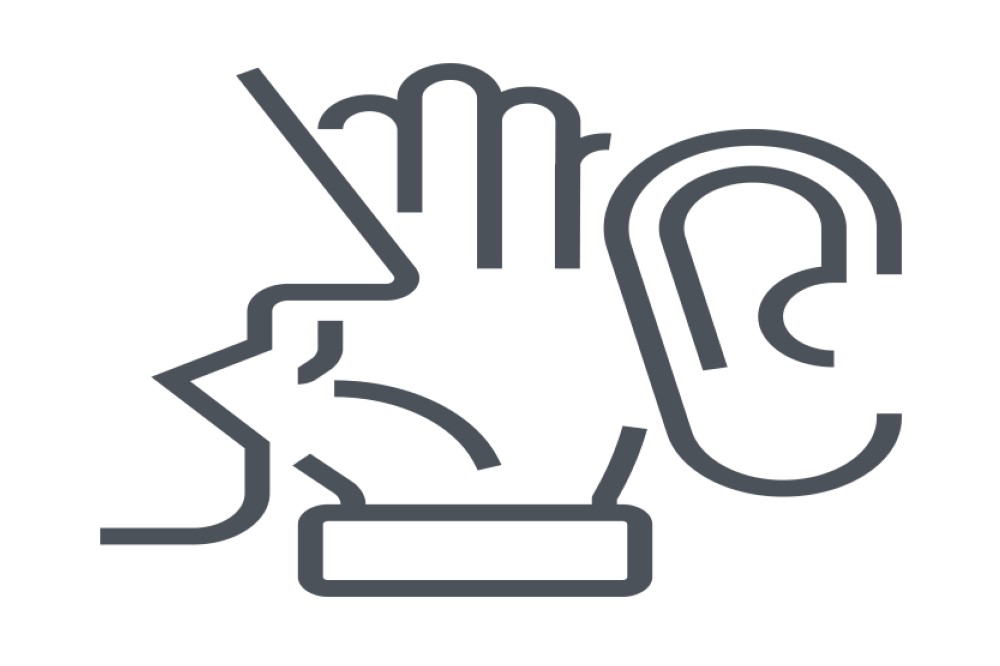 On its face, ‘law and order’ is a term that simply denotes whether or not a particular set of laws are, in general, being obeyed. In this way, politicians or police officers who reference ‘law and order’ are simply trying to talk about a relatively calm public state of affairs where the official operating procedures of society are functioning smoothly. Of course, this doesn’t necessarily mean that ‘law and order’ is always a good thing: by definition, acts of civil disobedience against unjust laws violate ‘law and order,’ but such acts can indeed be morally justified nonetheless (for more, see Rachel Robison-Greene’s recent discussion here of “substantive” justice). However, on the whole, it can be easy to think that public appeals to ‘law and order’ are simply invoking a desirable state of peace.

But the funny thing about our terminology is how often we say one thing, but mean something else.

Consider the previous sentence: I said the word ‘funny,’ but do I mean that our terminology is designed to provoke laughter (or is humorous in other ways)? Certainly not! In this case, I’m speaking ironically to sarcastically imply not only that our linguistic situation is more complicated than simple appearances, but that the complexity of language is actually no secret.

The says/means distinction is, more or less, the difference between semantics (what is said by a speaker) and pragmatics (what that speaker actually means). Often, straightforward speech acts mean precisely what a speaker says: if I ask you where to find my keys and you say “your keys are the table,” what you have said and what you mean are roughly the same thing (namely, that my keys are on the table). However, if you instead say “your keys are right where you left them,” you are responding with information about my keys (such as that they are on the table), but you also probably mean to communicate something additional like “…and you should already know where they are, dummy!”

When a speaker uses language to implicitly mean something that they don’t explicitly say, this is what the philosopher H.P. Grice called an implicature. Sarcasm and ironic statements are a few paradigmatic examples, but many other kinds of figures of speech (such as hyperbole, understatement, metaphor, and more) function along the same lines. But, regardless, all implicatures function by communicating what they actually mean in a way that requires (at least a little) more analysis than simply reading how they appear on their face.

In recent years, law professors like Ian Haney López and philosophers like Jennifer Saul have identified another kind of implicature that explicitly says something innocuous, but that implicitly means something different to a subset of the general audience. Called “dog whistles” (after the high-pitched tools that can’t be heard by the human ear), these linguistic artifacts operate almost like code words that are heard by everyone, but are only fully understood by people who understand the code. I say “almost” like code words because one important thing about a dog whistle is that, on its face, its meaning is perfectly plain in a way that doesn’t arouse suspicion of anything tricky happening; that is, everyone — whether or not they actually know the “code” — believes that they fully understand what the speaker means. However, to the speaker’s intended clique, the dog whistle also communicates a secondary message surreptitiously, smuggling an implicated meaning underneath the sentence’s basic semantics. This also means that dog whistles are frustratingly difficult to counter: if one speaker uses a dog whistle that communicates something sneaky and another speaker draws attention to the implicated meaning, the first speaker can easily deny the implicature by simply referencing the explicit content of the original utterance as what they really meant.

Use of dog whistles to implicitly communicate racist motivations in government policy (without explicitly uttering any slurs) was, infamously, a political tactic deployed as a part of the Republican “Southern strategy” in the late 20th century (for more on this, see Evan Butts’ recent article). As Republican strategist (and member of the Reagan administration) Lee Atwater explained in a 1981 interview:

“You start out in 1954 by saying, ‘[n-word], [n-word], [n-word].’ By 1968 you can’t say ‘[n-word]’—that hurts you, backfires. So you say stuff like, uh, forced busing, states’ rights, and all that stuff, and you’re getting so abstract. Now, you’re talking about cutting taxes, and all these things you’re talking about are totally economic things and a byproduct of them is, blacks get hurt worse than whites.…”

Of course, terms like ‘forced busing’ and ‘states’ rights’ are, on their faces, concepts that are not necessarily associated with race, but because they refer to things that just so happen, in reality, to have clearly racist byproducts or outcomes —  and because Atwater’s intended audience (Republican voters) knew this to be so — the terms are dog whistles for the same kind of racism indicated by the n-word. When a politician defended ‘forced busing’ or when a Confederate apologist references ‘states’ rights,’ they might be saying something about education policy or the Civil War, but they mean to communicate something much more nefarious.

Exactly what a dog whistle secretly communicates is still up for debate. In many cases, it seems like dog whistles are used to indicate a speaker’s allegiance to (or at least familiarity with) a particular social group (as when politicians signal to prospective voters and interest groups). But other dog whistles seem to signal a speaker’s commitment (either politically or sincerely) to an ideology or worldview and thereby frame a speaker’s comments as a whole from within the perspective of that ideology. Also, ideological dog whistles can trigger emotional and other affective responses in an audience who shares that ideology: this seems to be the motivation, for example, of Atwater’s racist dog whistles (as well as more contemporary examples like ‘welfare,’ ‘inner city,’ ‘suburban housewife,’ and ‘cosmopolitan elites’). Perhaps most surprisingly, ideological dog whistles might even work to communicate or trigger ideological responses without the audience (and, more controversially, perhaps even without the speaker) being conscious of their operation: a racist might dog whistle to other racists without any of them explicitly noticing that their racist ideology is being communicated.

This is all to say that the phrase ‘law and order’ seems to qualify as a dog whistle for racist ideology. While, on its face, the semantic meaning of ‘law and order’ is fairly straightforward, the phrase also has a demonstrable track record of association with racist policies and byproducts, from stop-and-frisk to the Wars on Drugs and Crime to resistance against the Civil Rights Movement and more. Particularly in a year marked by massive demonstrations of civil disobedience against racist police brutality, politicians invoking ‘law and order’ will inevitably trigger audience responses relative to their opinions about things like the Black Lives Matter protests and other recent examples of civil unrest (particularly when, as Meredith McFadden explains, the phrase is directly used to criticize the protests themselves). And, crucially, all of this can happen unconsciously in a conversation (via what Saul has called “covert unintentional dog whistles”) given the role of our ideological perspectives in shaping how we understand and discuss the world.

So, in short, the ways we do things with words are not only interesting and complex, but can work to maintain demonstrably unethical perspectives in both others and ourselves. Not only should we work to explicitly counteract the implicated claims and perspectives of harmful dog whistles in our public discourse, but we should consider our own words carefully to make sure that we always mean precisely what we think we do.