The Pardon of Alice Marie Johnson 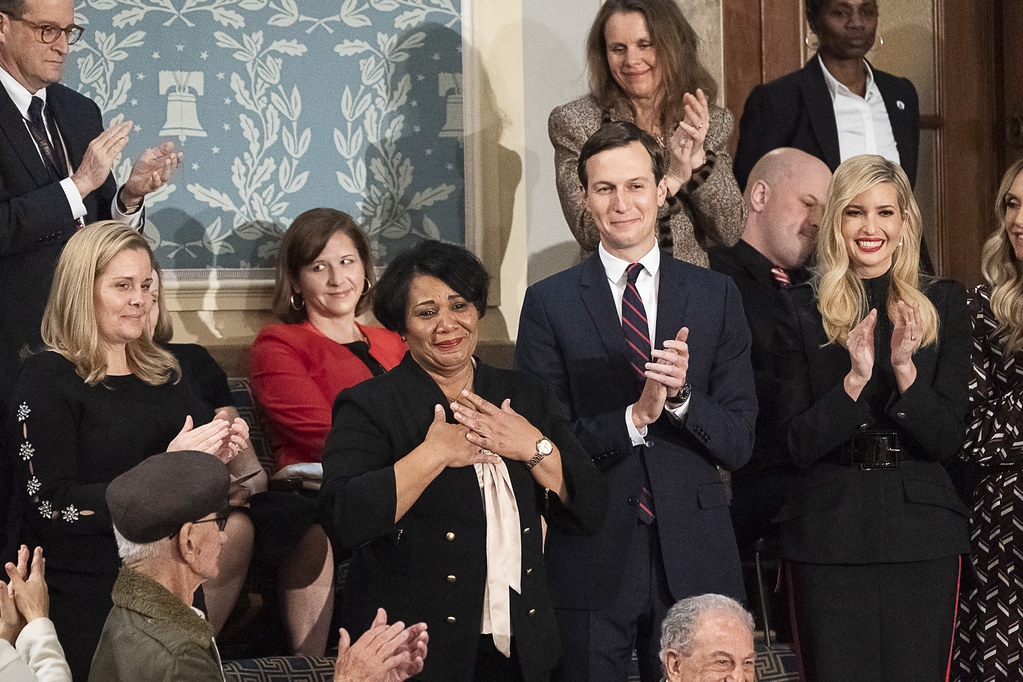 The 2020 Republican Convention featured dozens of predictable guest speakers, many of whom have been President Trump’s closest allies and defenders. However, a speaker that came as a shock to many was criminal justice advocate Alice Marie Johnson. Johnson, who had her sentence commuted by Trump in 2018, spoke about how President Trump had impacted her life through his compassion. Politico, reporting on her speech, referred to Johnson as being “propped up” by the Trump administration. Many on Twitter criticized Politico’s characterization of Johnson as racist and demeaning toward Johnson as a Black woman.

What should we make of Alice Johnson’s show of support for Trump at the RNC?  And how should we interpret President Trump’s pardoning of Johnson immediately following the convention?

In 1996, Alice Johnson was convicted and sentenced to life in prison for attempted possession of drugs and money laundering. Johnson was a first-time non-violent offender, and many considered her sentencing to be not only harsh, but fundamentally unjust. Under all three of the most common theories of punishment: deterrence, retribution, and restorative, Johnson’s sentencing is clearly immoral. A fundamental principle of retributive justice is that punishment be proportional to the crime. While deterrence seeks to use punishment to discourage recidivism, the charges brought against Johnson and the sentencing that followed were so harsh that there was no true due notice by which she could have been deterred and since she was sentenced to life in prison, she had no opportunity for which to be deterred. Lastly, Johnson’s sentencing is clearly unethical under a restorative justice model since it gave Johnson no opportunity for rehabilitation, to restore the harm that had been caused, or to change her impact on society after release.

While criminal justice reform non-profit CAN-DO had been advocating for Johnson since 2014, the case caught national attention when celebrity Kim Kardashian West became involved in the project to grant Johnson clemency in 2018. In a widely reported meeting at the White House, Kardashian West urged Donald Trump to commute Johnson’s sentence. Merely one week after this meeting, Trump announced he would be commuting Johnson’s sentence effective immediately. On June 6 2018, Johnson was released from prison and reunited with her family. Johnson’s case has been cited as an example of the racial inequity of the criminal justice system toward Black people. Since her release, Johnson has become an outspoken advocate for criminal justice relief and touts a host of academic and cultural accolades.

Johnson’s appearance at the RNC is not her first time publicly associating with conservatives. On March 1, 2020 she appeared as a guest speaker at the American Conservative Union. During her talk, she endorsed “Right on Crime” an organization which calls itself “The Conservative Approach to Criminal Justice.” Right on Crime’s mission argues that “For too long…American conservatives have ceded the intellectual ground on criminal justice.” Right on Crime proposes reforms highlighting values such as public safety, right-size government, fiscal discipline, victim support, personal responsibility, government accountability, family preservation, and free enterprise. Despite her endorsement of the conservative approach to criminal justice, Johnson has also expressed support for more liberal approaches to criminal justice reform, such as ending mandatory sentencing, promoting prisoner education, and abolishing cash bail.

Johnson’s decision to deliver a speech at the RNC and vocalize her support for Donald Trump is especially interesting given the increase in activism spurred by the murder of George Floyd earlier this year. Trump himself has refused to support the Black Lives Matter movement and has actively undermined and demonized many demonstrations over the past few months. He has consistently voiced his support for law enforcement officials during the ongoing protests and calls to defund the police in recent months. Back in July, he ordered National Guard troops to tear-gas protestors outside of the White House for a photo-op. Considering the fact that police reform is a large component of many criminal justice reform doctrines, it is strange that Alice Johnson is choosing to vocalize support for a president who has threatened that if reelected he will “restore law and order to our country.” Johnson’s decision to align herself with Trump might strike some as hypocritical and even dangerous — especially if her continued support is interpreted as proof that President Trump is not racist or is morally righteous in his approach to criminal justice. In an article in The Nation, Elie Mystal argued that “The Republican National Convention has been all about using Black people to convince white people it’s OK to vote for a bigot.” Johnson was one of several black speakers at the RNC, many of whom at least partially undermined the characterization of Donald Trump as racist. In addition to Black speakers, the convention featured a naturalization ceremony for five new American citizens, none of whom knew that footage of them would appear during the convention. This ceremony has also been heralded as ironic considering Trump’s vast record on anti-immigration stances and policies.

On the other hand, Johnson’s decision to speak at the RNC could be either out of a perceived personal obligation to the president or in an attempt to ‘reach across the aisle’ and generate more support for criminal justice reform. President Trump quite literally changed Johnson’s life when he commuted her life sentence. Even consistent critics of Trump, heralded his decision as compassionate and progressive. But some have suggested that Johnson might feel a personal obligation toward Trump, influencing her decision to accept an invitation to speak at the RNC. Others might argue that commuting her sentence was not an act of kindness, but rather morally obligatory, considering how the stark injustice of her sentencing, discussed above. Therefore, Johnson does not owe anything to Trump and is under no obligation to support him.

Johnson has also been very vocal about her desire to make criminal justice an apolitical issue. Perhaps her decision to support President Trump is to appeal to Republicans and potentially inspire them to advocate for social justice reform. During her speech, Johnson declared, “there are thousands of people just like me, who deserve the opportunity to just come home.” She also referenced the First Step Act, signed into law by Trump in 2018. Johnson indicated that this was important, but that is only a stepping stone. If Johnson’s speech at the RNC encouraged even a few Republicans to reconsider their views on the criminal justice system, it is arguably ethically justified. Additionally, some criticisms of Johnson’s speech are clearly unethical. Politico’s aforementioned characterization of Johnson as a “prop” disacknowledges her as an individual with political and moral agency. It might also imply that she is only speaking in support of Trump’s administration for selfish or opportunistic reasons. This type of objectification and suspicion of Black women has a very long history and is unfortunately still quite common in American culture and politics.

While Trump’s pardon of Johnson seems morally justified from multiple viewpoints, his timing raises troubling questions about his motive. Why not officially pardon Johnson when he commuted her sentence? Considering the fact that Trump was recently impeached for attempting to partake in “quid pro quo” behavior, it would not be irrational to interpret his pardoning of Johnson as a way of rewarding her for supporting him at the convention. The case for this interpretation becomes stronger when one considers Trump’s history of pardoning his political allies. Though some might argue that there is nothing inherently wrong with quid pro quo politics, the president’s record of such behavior is not of making deals with peers, but rather, bullying those who he holds power over into submission. It’s arguable that this type of strong-arming is more characteristic of a tyrant than of a democratic leader.

Despite speaking in support of Trump during the RNC, Johnson refused to use the word “endorse” when speaking about her support for him as president. The day after she was pardoned, Johnson refused to officially endorse Donald Trump, while admitting that she supports Donald Trump as a president and hopes to work with him more in the future on criminal justice reform. What we should make of Johnson’s support is not an easy question to answer, but Donald Trump’s decision to pardon Johnson immediately after her show of support adds to a troubling pattern of opportunistic exertion of presidential powers.