Moral Luck and the Judgment of Officials 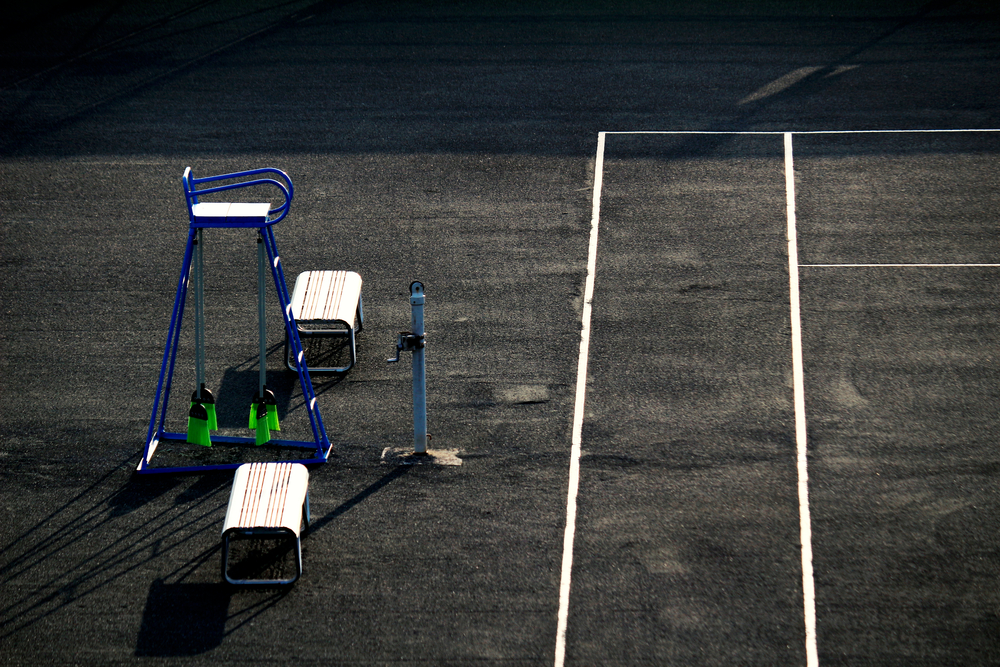 Novak Djokovic was defaulted from the US Open last week for violating the Abuse of Balls rule. During the first set of his quarterfinal match with Pablo Busta, he struck a ball to the back of the court without looking. This resulted in the ball hitting a line judge. The referee, Soeren Friemel, after consulting with other officials, made a ruling to bypass the Point Penalty Schedule and issue an immediate default. In other words, Djokovic lost the match, left the tournament, forfeited all of his winnings in the tournament, and is subject to further fines. In the aftermath of this incident, many of the TV commentators discussed issues of the severity of the injury to the judge, that the ruling was correct, and the bad luck of Djokovic. The bad luck was in reference to the fact that just as Djokovic was striking the ball, the line judge straightened up from her bent over position which put her head in the direct path of the ball.

As I watched the events unfold and before the ruling was made, I immediately began to think about the fact that the referee’s judgment was going to hinge on the problem of moral luck. This problem was initially discussed by Bernard Williams and Thomas Nagel in a two-part article in 1976. Dana Nelkin describes the problem as one that “occurs when an agent can be correctly treated as an object of moral judgment despite the fact that a significant aspect of what she is assessed for depends on factors beyond her control.”  In other words, judgments of moral approval or disapproval, including the imposition of sanctions, can depend upon accidents or choices by third parties. The problem can be exemplified by considering two teenagers drag racing. Both of them are using poor judgment as well as speeding. The car on the right is clearly pulling ahead of the car on the left (due, let’s say, to crummy spark plugs in the left car) when an animal darts out into the street from the left. Neither teen attempts to avoid hitting the animals because neither sees the animal. As luck would have it, even though the animal darts into the road from the left, the car on the left misses the animal but the car on the right strikes it. Is it really the case that the driver on the left is morally innocent compared to the driver on the right? Had it not been for the crummy spark plugs the driver on the left would have struck the animal; had it not been for the presence of the animal the accident would not have occurred at all.

What seems to be at issue here, Nelkin explains, is the acceptability of two ideas, one called the Control Principle and the other a corollary of that principle.

Control Principle (CP): We are morally assessable only to the extent that what we are assessed for depends on factors under our control.

CP-Corollary: Two people ought not to be morally assessed differently if the only other differences between them are due to factors beyond their control.

At first, these ideas seem to be intuitively acceptable. To accept them means that luck should play no role in moral assessment. But notice that they imply that in our stipulated example of drag racing that the driver on the left seems to be just as culpable as the driver on the right for hitting the animal — either both are culpable or neither is culpable. After all, the only difference between the two drivers are factors beyond the control of either driver and both were in control of the decision to drag race. So, what is to be questioned? Should the judgment that the two drivers have different levels of culpability be jettisoned or should CP and its corollary be abandoned?

This hypothetical case is analogous to the situation with Djokovic. A few points before the offending event, Djokovic much more angrily and with much more force slammed a ball into a side wall of the court. None was injured. He was not warned, given a point penalty, or given a game penalty.  But, given the rule, the earlier event was just as much of a violation of the rule as the latter event. It is worth seeing the rule in its entirety:

What should be noticed is that the mere act of hitting a ball “violently, dangerously or with anger,” regardless of whether anyone is injured, is sufficient to violate the rule. So, the earlier act by Djokovic was sufficient for Friemel to issue a warning in accordance with the Point Penalty Schedule. Nowhere in the code does it specify that Friemel may skip directly to default based on the poor luck of the ball hitting and injuring someone, though, as with all officials in sports, part of his job is to use judgment to make decisions.  But, it seems as if part of that decision to not issue a warning for the earlier outburst and to default Djokovic for the latter outburst included a rejection of the control principle and its corollary. Otherwise it seems as if the only difference between the two events was the placement of the line judge and the fact that just as Djokovic hit the ball she stood up in a way that placed her head in the direct path of the ball. Both of these elements were beyond the control of Djokovic. So, if CP is operative, then Djokovic seems to be equally culpable and equally deserving of being defaulted for the earlier outburst as for the one that resulted in the injury to the line judge. By abandoning CP, while Djokovic clearly violated the rule earlier, he did not need to be sanctioned because luckily the outcome was different.

But now comes the twist. It looks like other officials at the match bear some responsibility for the line judge’s injury.

What do we say about the Friemel’s non-application of the rule earlier in the match?  Furthermore, what do we say about the officials at the Western & Southern Open just a few days before who did not default Aljaz Bedene for hitting a camera operator in a similar situation? Here we have an almost identical set of facts, but the injury sustained by the camera operator did not require immediate medical attention, unlike the line judge injured by Djokovic. The rules do not make an explicit allowance for the severity of the injury to factor into the judgment of the officials, but in these three cases, the severity of the injury was considered. The different decisions make sense if we abandon the control principle because those different outcomes, that were due in part to factors beyond the control of the players, seem to allow for different judgments.

Now, all we have to do is accept that luck plays a role when making moral judgments. This implies that you can be morally culpable for things beyond your control. Friemel and the other tennis officials seem to be committed to this idea. But now that we know that consequences matter, it appears that Friemel and other officials should also be culpable in the injury of the US Open line judge. After all, if we let consequences matter, then we have to confront the suggestion that acts of omission resulting in bad outcomes are open to moral censure. By not giving Bedene a harsher penalty a few days before, and not even issuing a warning a few minutes before in the Djokovic – Busta match, the officials perform acts of omission. These acts of omission appear to support a claim that Djokovic could vent his frustration in violation of the Abuse of Balls rule without fear of serious sanction. The officials are thus, oddly, morally implicated in Djokovic’s transgression. They seem to be responsible for creating a situation in which Djokovic could behave this way. The resulting injury involves actions beyond their control (the line judge standing up and Djokovic hitting the ball). But by abandoning the CP and its corollary, they nevertheless appear to share in the responsibility of injury.

These observations — to accept or reject the CP as well as the implications of doing so — apply beyond sports. In any social arena, officials who are entrusted with making judgments may have more responsibility for the outcomes of their silence than they want to recognize.

James M. Okapal is Professor of Philosophy at Missouri Western State University. His research focuses on the intersection of ethics and literature with special interest in theories of moral status and friendship. He is the editor for McFarland’s Ethics and Culture Series.
View All Articles By James M. Okapal
Related Stories