Under Discussion: Law and Order, Human Nature, and Substantive Justice 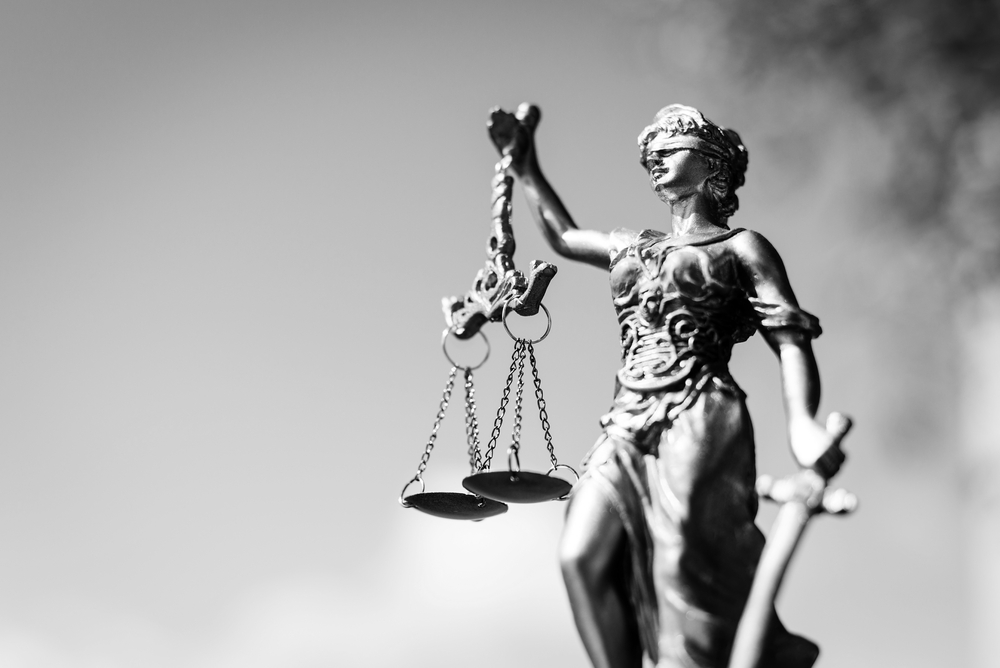 For many, the end of this week marks the passage of a six-month period of American history characterized by throbbing dystopian existential dread. The pandemic has been the score to a dark production that, when the spotlight was hot, turned out to be a series of character studies that no one asked for nor were particularly interested in watching. With hundreds of thousands dead and millions more left with lives permanently affected by the virus, the richest among us have become much richer not just during the pandemic, but because of it, and many who were thriving at the start of this year now find themselves evicted from their homes with nowhere to go. What’s more, police brutality and systemic injustice have packed our streets with protesters demanding meaningful change. Looting and rioting have occurred, which has motivated the federal government to respond with force not just against people violating the law, but against reporters and peaceful protestors as well. Against this backdrop of chaos, the President of the United States clenches his fist and calls for “law and order.”

In Plato’s Republic, Glaucon, one of the characters in the dialogue, provides a justification for the existence of laws that paints a grim picture of human nature. He argues that being unjust is in everyone’s interest, presumably because doing so allows a person to satisfy all of their desires. However, in a world populated by other individuals possessed of strength and skill, no single individual can get away with being unjust all of the time. This is why laws are necessary. Glaucon says, “When men have both done and suffered injustice and have experience of both, not being able to avoid the one and obtain the other, they think that they had better agree among themselves to have neither; hence there arise laws and mutual covenants; and that which is ordained by law is termed by them lawful and just.” If Glaucon is right, we are all, at our core, interested in promoting our self-interest, and we relinquish our ability to do so only so that we won’t be harmed by others attempting to do the same. Without the strict enforcement of the laws, we will inevitably descend into division and outright battle with one another — it’s in our very nature to do so.

If this is the right way of viewing things, then the state is justified in acting forcefully to protect us from ourselves and from each other. The government is the only entity preventing us from tearing one another apart for our own selfish reasons. When people call for law and order, they are calling for governmental intervention against perceived danger at the hands of people who they view as scarcely more civilized than beasts. One important corollary of this kind of view of law and order is that executing the law, whatever that law might be, is just.

There are a number of serious problems with this theory regarding the relationship between law and justice. First, some laws are morally and rationally indefensible. In these cases, the cry for “law and order!” is a cry to violate rights or to bring about a worse rather than a better state of affairs. For example, when slaves that escaped from captivity were returned and punished when captured, technically demands for “law and order” were being satisfied. This example highlights the need for a more substantive account of justice according to which just laws are not just agreements between self-interested persons, but instead are designed to promote some objective good or to prevent some objective harm.

Second, this kind of demand for “law and order” doesn’t do anything to ensure fairness in practice. This is because the entities that people are inclined to describe as “beastly” and “threatening” are determined by prejudices and tribalism. Calls for “law and order” tend to be demands to prevent or punish certain kinds of crimes committed by certain categories of people — usually poor people and members of minority populations. People don’t want to see vagrancy, public intoxication, and petty crimes on their streets, but they don’t make much of a fuss about corporations violating environmental regulations in ways that endanger the health of members of nearby communities and create unsafe living conditions for future generations. People want crimes against property to be punished but aren’t up in arms about the losses people experience due to insider trading and other kinds of white-collar crime. People want populations that they view as “scary” out of their neighborhoods, but they aren’t concerned about whether individuals and institutions doing significantly more harm end up getting away with it. Corporations and men in suits don’t tend to frighten people.

People who demand “law and order” often want proportional retributive justice for the members of the groups that they find threatening. The more power, wealth, and privilege a person has, the less likely they are to be punished severely. For example, consider Felicity Huffman, a rich actress who committed fraud to get her daughter into a good college. She was sentenced to 14 days in prison. For rich people who can afford good representation, the criminal system is a revolving door — they are out before they even have time to process the fact that they were in. Privileged populations almost never face society’s most serious punishments. As Supreme Court Justice Ruth Bader Ginsburg famously said, “People who are well represented at trial do not get the death penalty.” Good representation is expensive.

At the end of the day, if “law and order” is just a social construction that people agree to protect their own interests, then the entities with the most power in society will see to it that the laws end up protecting their interests first and foremost. After all, we don’t all actually consent to the laws. Many citizens are politically disenfranchised because of their life circumstances. Representatives rarely end up actually speaking for these people.

The picture of human nature according to which we are each self-interested individuals protecting ourselves from harms caused by other self-interested individuals is psychologically impoverished. We are beings that can and do care about others. We are capable of empathy and altruism. Our criminal justice system could be a real justice system, where that term means something more than shallow retributivism. To protect the well-being and basic dignity of all people, the call should not be for “law and order!”, but for “Justice!”, which is rarely the same thing.