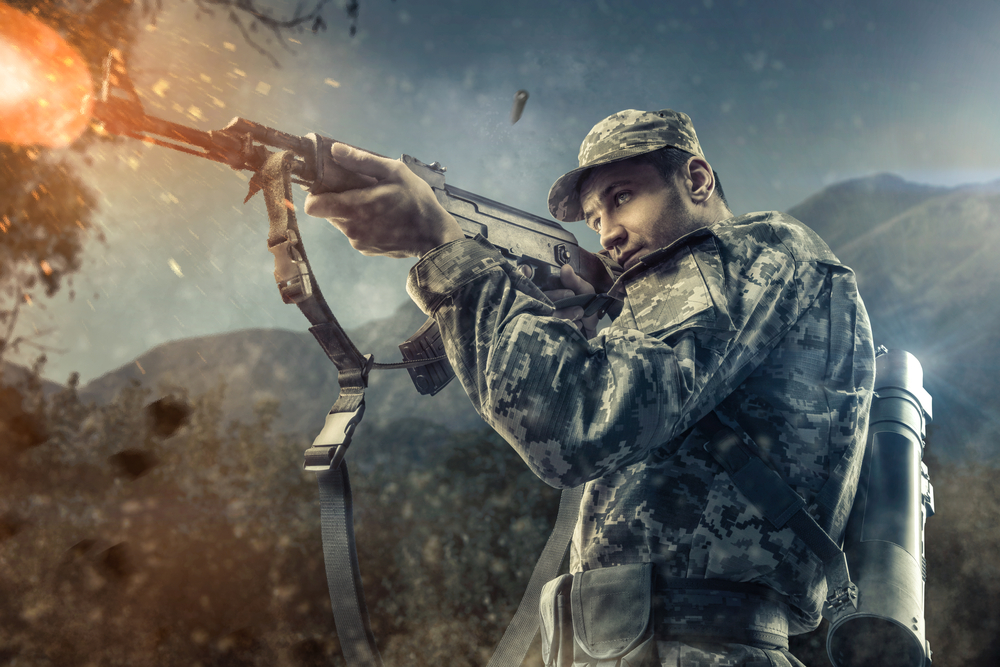 Video game company Ubisoft has recently received a fresh wave of backlash, this time for its latest mobile game app: Tom Clancy’s Elite Squad. The mechanics of the game are nothing revolutionary – tap here to make person X shoot person Y – and has received a number of poor reviews for its heavy-handed monetization and boring gameplay. The problem is not so much the style of game, as it is the backstory. Here is how the plot is described in the game’s introduction:

“The world is in an alarming state: wars, corruption and poverty have made it more unstable than ever. As the situation keeps worsening, anger is brewing. From between the cracks, a new threat has emerged to take advantage of escalating civil unrest. They are known as UMBRA: a faceless organization that wants to build a new world order. They claim to promote an egalitarian utopia to gain popular support, while behind the scenes, UMBRA organizes deadly terrorist attacks to generate even more chaos, and weaken governments, at the cost of many innocent lives. Simultaneously, they have been hacking social media to discredit world leaders and rally people to their cause. Under immense pressure, world leaders have come together to authorize a new international cross agency unit designed to combat UMBRA. It is clear, playing by the rules will not win this fight. The leader of this unconventional squad will need to recruit elite soldiers from every corner of the world, including the criminal underworld. As commander of this unprecedented squad, we need you to put an end to UMBRA’s campaign of chaos. Welcome to Tom Clancy’s Elite Squad.”

In addition to sounding like it was written by a middle-schooler who used a thesaurus for every word except “squad”, many critics have noted that the message of the game itself is a dangerous one, in that it appears to lend credence to right-wing conspiracy theories that protesters are somehow being controlled by evil members of the deep state. Additionally, it seems to advocate for violence against those protesters – after all, “playing by the rules will not win this fight” – who are villainized for, bizarrely, wanting to create an “egalitarian utopia”.

It gets much worse: the symbol that Ubisoft chose to represent the antagonists bears a striking resemblance to that used by the Black Lives Matter movement. So close, in fact, that Ubisoft issued an apology, and promised to remove the symbol from the next update. Of course, the plot of protesters being secret terrorists remains central to the game.

Hanlon’s razor states to “never attribute to malice that which is adequately explained by stupidity.” That being said, there might not be enough stupidity available to adequately explain Ubisoft’s choice of plot and imagery. It seems clear that not only was an apology warranted, but that significant changes to the game ought to be made. Outrage online has been widespread, and deserved.

But wait: why make such a big deal out of this? It is, after all, nothing more than a dumb mobile game from a franchise whose best days are likely long behind it. And it’s not like we haven’t had Tom Clancy’s work glorifying the military for decades already, in the forms of books, movies, and TV shows – featuring protagonists with jaw-droppingly original names like “Jack Ryan”, “John Clark”, and “Jack Ryan Jr.” – not to mention dozens of video games. These are works of fiction, though, and people are able to differentiate such works from reality. So really, we shouldn’t be bothered by the latest in a long line of predictable Tom Clancy-branded properties.

There is, I think, something to be said about the “it’s just a game” response. For instance, while research on the effects of violent video games on their players is ongoing, there is a good amount of evidence that long-term exposure to such games has no effect on levels of aggression, pro-social behavior, impulsivity, or cognition in general. So the thought that a mobile game in which one shoots protesters is going to have a direct impact on the number of people who are going out and shooting protesters – something that has become a real problem as of late – is too quick.

The relevant worry, then, is not so much that the game will be a direct cause of future violence, but rather that the fact that a company would create such a game, with such a premise, at this particular moment in time, helps to normalize a false and dangerous narrative of events that is very much taken seriously by some people.

Here, then, is a difference between Tom Clancy’s Elite Squad and the kinds of video games that have historically received moral outrage and are the subject of studies that mentioned above: those falling into the latter category do not tend to promote any kind of narrative that actively promotes a particular political agenda. Consider, for example, a violent videogame like Mortal Kombat (which was one of the games that sparked early congressional hearings into depictions of violence in video games in the early 1990s) that involves graphic acts of decapitation and pixelated blood. These acts are obviously so far removed from what are generally considered good societal values that it is easy to see how one could separate the acts promoted in the video game from those promoted in the real world. On the other hand, when a game tells you that protestors who wave a flag remarkably similar to that used by the Black Lives Matter movement are driven by ulterior motives, are “hacking social media”, and ought to be dealt with in any way possible – a message that seems to be condoned by right-wing media outlets – the lines between fantasy and reality become much less distinct.

In one sense, Tom Clancy’s Elite Squad is just a game. In another sense, it is a symbol of an uninformed and intolerant worldview that has potentially real and damaging consequences. With any luck, Ubisoft’s decisions will turn out to be the result of an enormous amount of stupidity, and not an equivalent amount of malice.