The Uses and Abuses of Political Hypocrisy 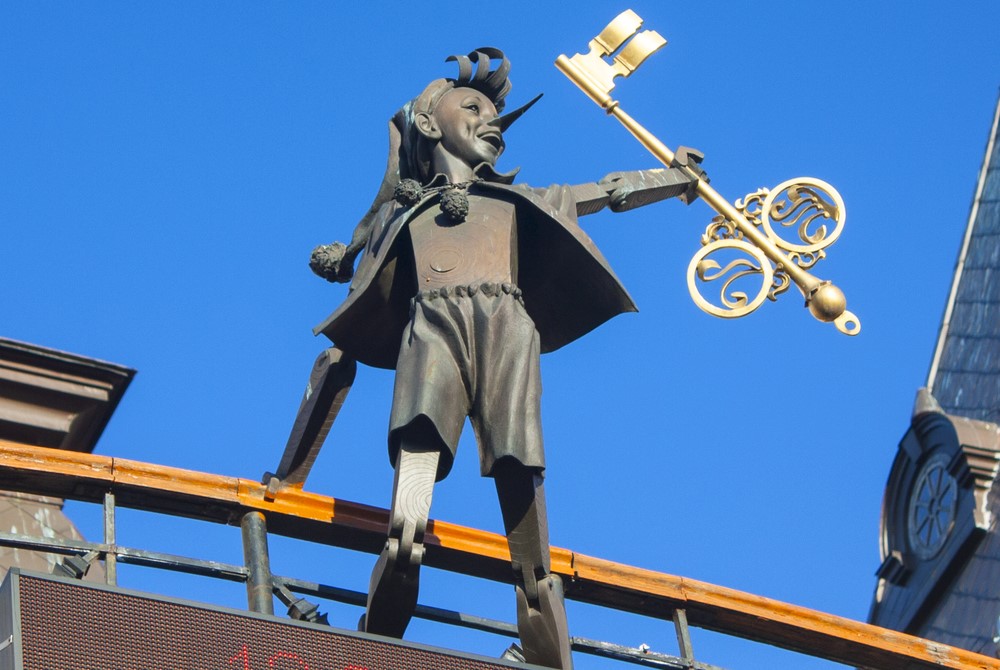 Accusations of hypocrisy are so common in American politics that one usage of the term “politician” is as a near-synonym for “hypocrite” (“what’s your supervisor like?” “he’s a real politician.”) And for the most part, the hypocrisy of politicians is not considered laudable. Immanuel Kant famously condemned what he called the “political moralist” who “fashions his morality to suit his own advantage as a statesman,” paying homage to morality while devising “a hundred excuses and subterfuges to get out of observing them in practice.” Like Kant, most of us seem to prize integrity in our politicians.

Yet throughout history, other philosophers have argued that hypocrisy is a necessary part of politics. Niccolò Machiavelli defended hypocrisy as an indispensable tool in a world in which “a man who wants to make a profession of good in all regards must come to ruin among so many who are not good.” Much more recently, Judith Shklar argued that hypocrisy is nearly inevitable in political systems premised upon competitive elections, since candidates will employ persuasive rhetoric that requires a certain degree of dissimulation. Ruth Grant went further, arguing that without a plausible alternative for achieving comparable goods, hypocrisy in politics may very well be a moral necessity.

Thus, there appears to be disagreement about the inevitability and justifiability of hypocrisy in politics. In this column, I will focus on the kinds of hypocrisy politicians exhibit, and the question of whether and when political hypocrisy is morally preferable to non-hypocrisy.

It is important to note that hypocrisy is not a mere inconsistency between one’s words and deeds. For example, I would condemn many things I did as a teenager, but that does not automatically make me a hypocrite. One hallmark of hypocrisy is that the hypocrite pays homage to morality not out of genuine concern, but for self-serving reasons — to gain some undeserved advantage, to excuse himself, or to hide from blame. It is for this reason that we cannot trust that the hypocrite’s utterances reflect what he truly cares about, rather than what he believes to be advantageous in the moment.

It follows from this that many instances of political behavior that some might be tempted to call “hypocrisy” are, on reflection, not hypocrisy at all. Suppose that a politician publicly supports policy A, but then reads more about the issue and ends up voting for policy B. His former supporters might accuse him of hypocrisy, but this does not seem to be apt: the inconsistency between his public support of A and his eventual vote for B is due to a change of mind about the issue, rather than some self-serving reason.

Nevertheless, there are certainly many instances of true hypocrisy in politics. And while we tend to value integrity in our politicians, it can be plausibly argued that hypocrisy in the service of morally good ends is preferable to integrity in the service of morally bad ends. Politician A, while secretly racist, campaigns for office on an anti-racist platform in order to attract the support of minority constituents. Politician B, who is also racist, believes that one should stick to one’s principles even when doing so might hurt one’s electoral prospects, so he supports a racist platform. I would rather have A as a player in my political system, since A’s hypocrisy will help his minority constituents, unlike B’s integrity.

On the other hand, compare politician A to politician C, who genuinely holds anti-racist views and supports the same anti-racist platform. C seems morally preferable to A, but on what grounds? One answer is that, since C supports the anti-racist platform because it is right to do so, his support is morally creditworthy in a way that A’s is not. This might be Kant’s view, as he famously distinguished between actions in accord with and actions from duty; according to him, only the latter have moral worth. Another answer is that C’s proper anti-racist motives will more reliably lead him to promote anti-racist ends, whereas A would abandon those ends whenever it suits him politically. Some consequentialists might adopt this line. A third answer is that C’s behavior arises from virtuous motives while A’s does not; this is one position that a virtue theorist might take.

The trouble with the Kantian or virtue theoretical positions is that, while they can distinguish between A and C, they give no reason for us to prefer A over B. As we have seen, A’s support of the anti-racist platform is not morally creditworthy. Furthermore, because it involves deception — A knowingly causes others to falsely believe he supports an anti-racist position — its underlying maxim could not be universalized, which is Kant’s test for whether an action is morally permissible. So, on Kant’s view the deception practiced by A may make A worse than B; A’s behavior amounts to a “double iniquity.” If B’s integrity is a virtue, then the virtue theorist may also have to say that B is preferable to A; and if it is not, then at best A and B are morally equal, as in neither case does their behavior flow from virtuous motives.

Now consider politician D, who is secretly anti-racist but panders to his racist constituents by supporting B’s platform. This character seems obviously morally worse than A or C, but what about B? I think a common reaction is that B is less loathsome than D, but it is difficult to explain this judgment in consequentialist terms. After all, D’s anti-racist values will lead him to support a racist platform less reliably than B, just as C’s anti-racist values will lead him to support an anti-racist platform more reliably than A; so consequentialist reasoning seemingly should lead us to prefer D to B.

On the other hand, it may be that D’s stance undermines something that we care about very much in politicians: namely, transparency. Because we can only vote for or otherwise support a politician on the basis of what they say and do, we want their words and deeds to reflect their actual commitments. This is precisely what is not the case when it comes to hypocrites. Of course, we do not value transparency above everything else: as between a hypocrite who insincerely supports the good and an outright villain, we prefer the former. But as between B, an outright villain, and D, a hypocrite who insincerely supports the bad, we seem to prefer the villain’s integrity, because at least we know where we stand with him. Thus, consequentialism can explain our ranking of politicians A, B, C, and D in terms of the interplay between our desire for transparency and other values we want to promote, such as justice.

Perhaps a useful way to think about this disagreement between consequentialists, Kantians, and virtue theorists concerning political hypocrisy is in terms of two political virtues Max Weber famously distinguished: the ethic of conviction and the ethic of responsibility. The ethic of conviction involves a “constancy of [a person’s] inner relation to certain ultimate ‘values,’” or in other words, integrity. The ethic of responsibility, on the other hand, involves a proper understanding of the consequences of one’s actions and a practical ability to promote one’s ends. Those who favor the latter will likely believe that hypocrisy is no great sin (although still problematic, because transparency-negating), so long as it can be directed toward good ends, as in the case of politician A. By contrast, political hypocrisy is likely to deeply offend someone who places more emphasis on the ethic of conviction. Put another way, those who think an excellent politician is one who effectively promotes policy goals will not care about her reasons for pursuing those goals, except insofar as those reasons make her a less reliable advocate of them. On the other hand, those who think an excellent politician is one whose actions reflect her values will care deeply about eradicating hypocrisy from politics.

Yet, a too-fervent attachment to the ethic of conviction can lead to a dangerous kind of anti-hypocrisy hypocrisy. Consider politician E, who sincerely believes, and often publicly declares, that (1) a country should never start a land war in Asia and (2) a politician should always stick to his core principles. When his party starts a land war in Asia and he, without a hint of self-consciousness, votes in favor of a war resolution, he explains that the resolution authorizes a police action, not a war. This kind of self-deceived hypocrisy is particularly dangerous in politics, since it is very difficult for the politician herself to limit or check. It is also frequently a symptom of a kind of self-righteousness that may, in the politician’s own mind, license her to operate outside the normal bounds of morality. Thus, in a quest for purity of intention, politicians can fall prey to a hypocrisy more insidious than that which they seek to avoid.

We arrive, then, at a few conclusions. First, there are occasions where hypocrisy is morally preferable to non-hypocrisy. In particular, there is reason to prefer the hypocrisy of insincere politicians who support morally laudable ends to the integrity of our sincere villains. At the same time, the most morally problematic hypocrites are the anti-hypocrisy hypocrite and the hypocrite who espouses bad values without believing them. These judgments assume, or are rather supported by, a consequentialist style of moral reasoning that places emphasis on the ethics of responsibility over the ethics of conviction. Kantians and others, who elevate the significance of intention and motive in their moral judgments, may come to different conclusions.