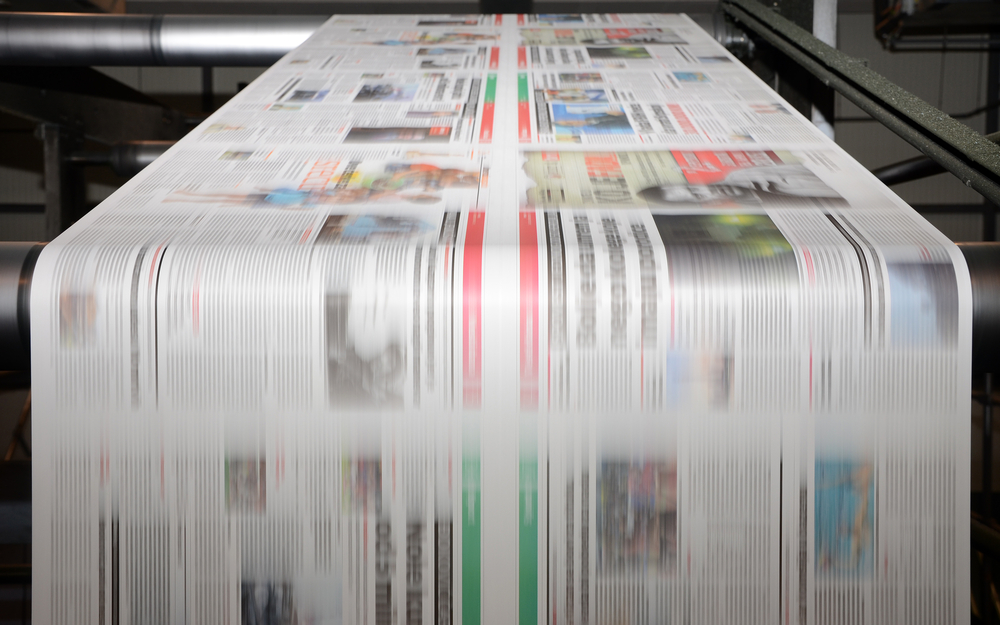 On June 3, 2020, The New York Times ran an op-ed by Arkansas Senator Tom Cotton calling for the U.S. military to use an “overwhelming show of force to disperse, detain, and ultimately deter lawbreakers.” He was referring to the riots that broke out in reaction to George Floyd’s killing at the hands of Minneapolis police—riots that Cotton depicted as the work of “left-wing radicals” and “nihilist criminals.” The fallout over the piece led to the resignation of the paper’s opinion page editor, James Bennett, with The Times publicly conceding that Cotton’s piece should not have been published. This reversal, and Bennett’s ouster, has itself provoked criticism of The Times by commentators of various political persuasions. For the philosophically inclined, it provides an opportunity to consider the criteria editors should use in selecting the independent opinions that appear in their pages.

Should The New York Times have run Cotton’s op-ed? In order to answer this question, we need to think about the purpose of a newspaper opinion page, and the way that purpose helps realize important values. There is an obvious sense in which an opinion page can share certain features with a public forum: it may serve as a venue for the expression of a multitude of opinions by ordinary citizens as well as public figures. Public forums are valuable because they are spaces in which citizens can deliberate, debate, and voice their dissent concerning important political, social, and cultural issues. Such spaces help citizens make better political decisions and keep public officials accountable.

The public forum conception of the opinion page is not the only one a paper could adopt. For example, a newspaper could decide that its opinion page should speak with one voice, advancing a more-or-less coherent set of positions on matters political, social, and cultural. On this view, only op-eds that are consistent with the opinion page’s strong editorial line would be entitled to a place. For example, this appears to be The Wall Street Journal’s philosophy. Since we are dealing here with private companies and not government agencies, the choice is entirely at the owners’ discretion.

In addition, there is one important distinction between a public forum and a newspaper such as The New York Times. In the latter case, the very fact that the newspaper chooses to run an op-ed lends credence to the views expressed therein: it is an indication that these views are worth considering. One might reply that a view can be worth considering even if it is false and immoral. John Stuart Mill famously wrote in On Liberty that even well-argued falsehoods could aid us in our pursuit of knowledge, pushing us to defend our own views “fully, fearlessly, and frequently” and preventing them from lapsing into “dead dogma.” However, if we are to evaluate the permissibility of publishing an opinion partly on the basis of its tendency to promote knowledge, we must also register the fact that lending credence to false or immoral views can spread factual or moral ignorance.

In light of this consideration, it may be reasonable to adopt a modified conception of the opinion page, one according to which its function is as a sort of refined public forum—a forum in which certain opinions are excluded because they fail to meet certain minimal standards of factual accuracy, moral decency, and other considerations discussed below. Such a forum is still valuable because it promotes democratic deliberation and debate, but unlike traditional public forums in the United States, it also actively works to avoid spreading ignorance. And whereas on the unrefined public forum conception the default assumption is that opinions are worth publishing absent good reasons for their exclusion, on the refined public forum conception an opinion must meet certain criteria in order to qualify as worthy of publication.

Some criteria seem relatively uncontroversial. Since we reason better if our premises are clear and our arguments logically correct, opinion pieces should meet some minimal standards of clarity and cogency. Relevance is another criterion: op-eds should be about a topic of pressing or significant public concern about which there is a need for democratic deliberation and debate, rather than some extremely obscure topic.

The purpose of the opinion page also seems to suggest that editors should avoid printing op-eds that contain any factual errors, since democratic debate and deliberation are undermined when citizens reason from false premises. But more careful reflection suggests that because factual claims can themselves be the subject of reasonable public dispute, an opinion page can better help inform the public about such factual disagreements by allowing the disputants to make their cases on the page, even if doing so risks printing false claims. For example, in the run-up to the 2003 Iraq War, the question whether Iraq possessed WMD was a matter of reasonable debate given the information publicly available, and would have been an ideal subject for opinion pieces arguing both sides of the issue. By contrast, there is no reasonable debate to be had about the reality of the Holocaust. Thus, while there is good reason not to print op-eds containing factual claims that are clearly false, the purpose of the page is better served by giving airtime to reasonable controversies over matters of fact.

A similar point applies to controversial questions of value. On the one hand, it might be argued that democratic deliberation is hindered by false beliefs about what is good or what is right. However, in many cases matters of value are themselves the subject of reasonable public dispute; and in these cases, it is better to inform the public about the various positions being staked out on those questions and the arguments advocates are advancing for them, even at the risk of airing views that may ultimately be widely judged immoral. Twenty years ago, the morality of gay marriage was heatedly debated across the country by people of good will. At that time, it would have been appropriate to run opinion pieces arguing both sides of the issue. So, while there is good reason not to publish op-eds containing clearly indecent moral views, particularly if they do not meet the criterion of relevance, the purpose of the page is well-served by allowing reasonable debate about questions of value.

The goal of fostering informed democratic deliberation also suggests that particularly controversial views ought to be presented in a way that is best calculated to foster reasoned debate. This might involve, for example, a “point counterpoint” format in which op-eds arguing for opposing views are published side-by-side. Meg Greenfield, who edited The Washington Post’s editorial page for over 20 years, was known to employ this technique with respect to particularly controversial topics.

If we adopt the refined public forum conception of the opinion page and judge according to the criteria discussed above, Tom Cotton’s op-ed appears problematic in certain respects. It was reasonably clear and cogent—one cannot claim to be offended by its argument and simultaneously not understand what was being argued. It was certainly relevant, since it concerned events of pressing public concern and was written by a person who wields enormous power. It advanced some unsubstantiated factual claims, such as its claim about left-wing groups’ involvement in the rioting. However, it is possible that at the time it was published, the degree of involvement of these groups was still a matter of reasonable dispute.

Less clear is whether the values that Cotton espouses are a matter of reasonable dispute. In particular, there is the question whether we should take seriously the view that the U.S. military ought to use its enormous capacity for violence against those engaged in the destruction of property. One reason to do so is that this view seems to be shared by a substantial proportion of U.S. adults; this speaks to its relevance. However, given its controversial nature and the risk of lending credence to an immoral view, a different presentation of Cotton’s argument—perhaps in the form of a point counterpoint—would almost certainly have been a more ethically sound editorial decision.

Furthermore, Cotton’s rhetoric seems designed to intimidate. Specifically, Cotton recommends using “an overwhelming show of force” to deter “lawbreakers.” There is a disturbing ambiguity in that statement: are people engaged in civil disobedience included within the scope of “lawbreakers”? If Cotton’s piece can be reasonably interpreted as threatening violence against those engaged in civil disobedience, it could have a chilling effect upon open expressions of dissent, thus undermining democratic debate and deliberation. Surely, if an editor has good reason to think that an opinion piece is intended to silence others, or will have the effect of so doing to a significant degree, the refined public forum conception of the opinion page would tend to favor not running it in its current form.

A newspaper’s opinion page can, at its best, encourage the kind of frank, fair, and informed exchange of views that makes democracies function better. Yet editors have a responsibility to see that they do not spread ignorance by stamping clearly false or morally perverse opinions with their newspaper’s imprimatur. They also have an obligation to present controversial views in a way best calculated to encourage reasoned debate. For all of these reasons, the decision to publish Tom Cotton’s op-ed should be viewed as a challenging one, whether or not it is ultimately justified.