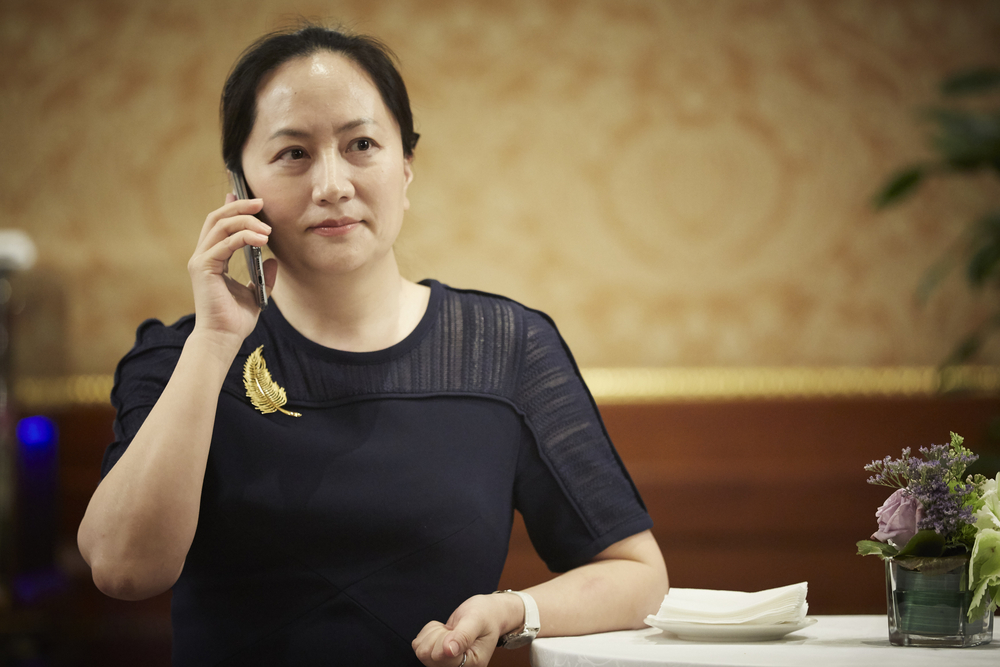 “Meng Wanzhou – manager of Huawei” by ferrerivideo (via depositphotos)

When students take an introductory ethics course, they are often given thought experiments where they are asked to consider whether it is morally acceptable to sacrifice a few for the interests of the many. Often these thought experiments are fanciful — a running trolley, a South American dictator telling you to choose one person to die rather than twenty — but problems like this can reflect real world choices that must be made. The recent example of the extradition case of Meng Wanzhou is one such case where the ethical road ahead is unclear and solving the dilemma may require sacrifice in the name of the “greater good.”

Wanzhou is the deputy chair of the board and CFO of Huawei, the company founded by her father Ren Zhengfei. In late 2018 she was arrested by the RCMP in Vancouver at the request of the United Stated for conspiracy to commit fraud. The case is owing to the close links between Huawei and Skycom, a company that claimed to be a fully independent but that may be entirely controlled by Huawei. Meng is charged with engaging in a scheme to obtain goods and technology as well as transferring money through Skycom in violation of international sanctions against Iran. The United States has formally requested extradition of Meng, with the matter now before Canadian courts.

The case is complicated by several other important factors. The Chinese government protested to the Canadian ambassador and threatened “grave consequences” for the arrest. Two Canadians, Michael Kovrig and Michael Spavor, have been arrested and detailed in China for endangering state security in a move seen as retaliation against the arrest of Meng. Prime Minister Justin Trudeau has called the arrests arbitrary. Meng has been released on bail, but wears an ankle monitor and has surrendered her passport. She is living in Vancouver in a $13 million-dollar mansion. Kovig and Spavor on the other hand were interrogated for six to eight hours a day for months, kept under 24-hour artificial lighting without being able to go outside, and were only able to have monthly consular meetings without being able to talk to friends or family. There is also the case of Robert Schellenberg, initially found guilty of smuggling drugs and sentenced to 15 years only to be hastily retried and sentenced to death. It’s been intimated that the fate of these three Canadians — Kovig, Spavor, and Schellenberg — rests on the Canadian government’s treatment of Meng.

Meng’s extradition case recently suffered a setback after a British Columbia court ruled that the charges met the double criminality criteria for extradition. Meng’s legal team argued that since Canada did not have sanctions similar to those the United States had against Iran, she isn’t being charged with something that would be a crime in Canada. The ruling held that the charges are about fraud, which is a crime in Canada. Despite this, the Canadian government possesses the ability to set Meng free. Under extradition law, Canada’s justice minister may at any time intervene and withdraw the government’s support for the case which would allow Meng to return home and possibly get the release of detained Canadians and smooth out relations.

In the meantime, there is very little upside for Canada to detain Meng. Canada-Chinese relations have been hurt by the affair, and experts have claimed that this is likely to affect trade talks and lead to a reduction in tourism and investment in the Canadian economy. China has apparently not tried to retaliate against the U.S. due to their desire to improve their relationship. Canada, meanwhile, has been squeezed between the U.S. and China in an issue that some experts believe is a direct result of their ongoing trade war. Unsurprisingly, there are a significant number of Canadians who would rather be rid of the matter. In 2019 a poll found that 45% of Canadians believe that Canada should have resisted the U.S. request and not arrested Meng at all. A group of over a dozen prominent former Canadian politicians and policy advisors from different political parties have issued an open letter calling on the Trudeau government to release Meng in the hopes of securing the release of Kovig and Spavor, even if it means straining U.S.-Canada relations.

So what reason is there for Canada to not release Meng immediately? One of the reasons, and the one touted by the Trudeau government, is that it would be inappropriate for the government to intervene with a matter before the courts and that the rule of law should be respected. Trudeau has stated that “Canada has an independent judiciary and these processes will unfold independently of any political pressure, including by foreign governments.” Indeed, the reliance on an independent judiciary to settle the matter has been labelled a win for the rule of law. Despite this claim, those seeking Meng’s release have cited the opinion of a lawyer well-versed in extradition proceedings who notes that government discretion is “explicitly codified” in the law and that intervention would not endanger judicial independence and would be consistent with the rule of law.

But the Trudeau government, and others, have also argued that releasing Meng on the condition of securing the release of Spovor and Kovig would set a bad precedent. The government believes that cancelling the extradition process for Meng would put “millions” of Canadians in danger. Trudeau has argued that

“The idea of solving a short-term situation by creating a precedent that demonstrates to China that all they or another country has to do is randomly arrest a handful of Canadians to put political pressure on a government to do what (they) want…would endanger the millions of Canadians who live and travel overseas every year.”

On the other hand, the idea that this would set a precedent smells of a slippery slope fallacy. One way to avoid situations like this would be to practice more restraint regarding who is (and is not) detained. Also, we need to consider the unique qualities particular to the situation. How many nations would likely try to detain traveling Canadians if they have a dispute with the Canadian government? Would releasing Meng in this case actually cause this to happen again? What countries would likely do this? What issues would likely prompt governments to do this? While we are considering these things, we may also consider how a concept like “rule of law” is interpreted. As was pointed out during the standoff with indigenous groups back in February, the concept is not singular, universal, or absolute. What are the assumptions we make in this case when we interpret the concept of “rule of law” in this case?

There is also the matter of Spovor and Kovig and whether they may be sacrificed for such principles and precedents. Kovig’s wife Vina Nadjibulla does not agree with the government’s refusal to intervene, arguing that we can both protect Canadians and secure the release of her husband. She notes, “There is no cost-free solution. We have to pay a price. The question becomes, who pays the price, and at the moment Michael Kovrig and Michael Spovor are paying that price.”

Finally, there is also the risk of violating agreements with the U.S. over extradition. Canada and the U.S. are allies and it makes sense to not antagonize America for the benefit of China. However, given the U.S. administration’s “America First” motto, one wonders whether the favor would be returned if the shoe were on the other foot. Indeed, there is a sense that “Washington is using Canada in its trade battle with China.” Even President Trump has mused about using Meng as a bargaining chip in trade negotiations, suggesting that this process may not be about the rule of law at all, despite John Bolton’s recent claim that the criminal charges are not politically motivated.

As Nadjibulla noted, there is no cost-free solution, and this is essentially at the heart of all moral dilemmas. The goals Canada is trying to achieve in ending the situation are incompatible. What combination of ends are the right balance is difficult, and it will require determining how much value we place on a given conception of the rule of law, economic gains and losses, creating political tensions (what kinds? with who?), creating possible dangerous precedents, and the suffering of those few who are detained.