The Case For and Against D.C. Statehood 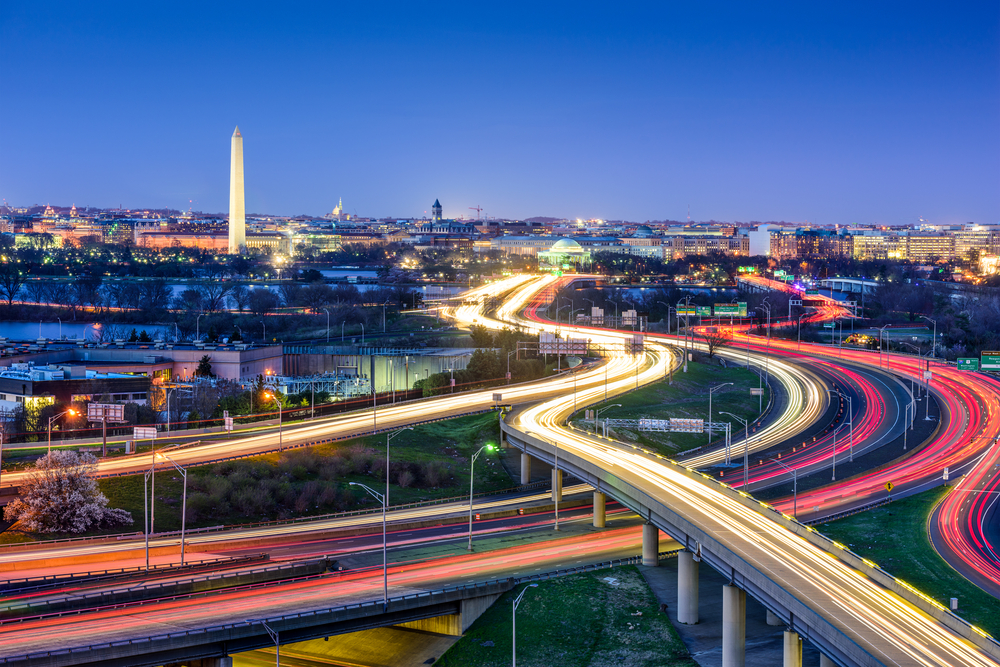 A bill to set Washington, D.C. on the road to statehood has recently been passed by the House of Representatives. The sponsors of the bill argue that while D.C. has a greater population than some existing states, it lacks the federal-level representation that these small states have. Though the bill has extensive Democratic support, among Republicans it is a complete non-starter. Both President Donald Trump and Senate Majority Leader Mitch McConnell have unequivocally denounced it. However, their objections don’t even attempt to make a substantive case against the measure. Trump’s refusal was given in nakedly political terms, citing the increase in Democratic voting power that would invariably come from D.C. statehood. McConnell has previously criticized the idea on similar grounds. He claimed that admitting D.C. to the Union as a state (and Puerto Rico, for that matter) was a Democratic attempt to gain votes for “full-bore socialism.”Do opponents of D.C. statehood need more substantive arguments, and if so are there any such arguments?

The original argument against the US capital residing in one of the states arose in part from an incident known as the Pennsylvania Mutiny of 1783. Members of a Pennsylvania unit of the Continental Army, which had fought in the Revolutionary War, protested outside a meeting of the Confederation Congress (the US governing body created by the Articles of Confederation) in Philadelphia. They were owed back pay and decided to force the issue upon learning of the Congress’ meeting. Approximately 400 soldiers, with access to firearms, participated in these demonstrations. Members of Congress were prevented from leaving the meeting until Alexander Hamilton persuaded them that their concerns would be addressed at the next meeting. However, he also sent a request to the leader of Pennsylvania’s executive board, John Dickinson, requesting that the state summon militia to deal with the protestors. Dickinson twice refused this request, even after Congress threatened to move the US capitol from Philadelphia. When drafting a constitution to replace the Articles of Confederation, the delegates ultimately settled on creating a district under direct and exclusive control of Congress as set forth in Article I, Section 8. Fear of depending on one of the states for its defense and infrastructure, the newly created federal government led to the creation of the District of Columbia.

The arguments in favor of statehood for D.C. are much the same as those in favor of statehood for Puerto Rico, and every other territory that eventually became a state. In a word, the reason is self-determination. The federal structure of the US guarantees states significant power of their own affairs and territory. Any territory admitted as a state to the US is guaranteed the same sovereignty that every other state enjoys. The importance of this sovereignty includes the power of political representation in the federal government allowing a state to advocate its own interests. The Articles of Confederation under which the original thirteen colonies joined lacked a strong central government particularly because the states feared imposition and interference from centralized power. The motto “No taxation without representation,” did not subside after the Revolutionary War: it can be found lacquered onto the license plates of vehicles registered in Washington, D.C. Taxation without representation is the central grievance D.C. residents want addressed. While Puerto Rico pays federal taxes for Medicare and Social Security, they do not pay federal income tax. Residents of D.C. do pay federal income tax. Yet they, like Puerto Rico, have no senators and only have non-voting members in the House of Representatives. The citizens of D.C. couldn’t even elect their own mayor until 1973, with the post instead being filled by a federal appointee.

Mayor Bowser’s bid for statehood follows the so-called “Tennessee Plan” of William Blount, the first territorial governor of the Southwest Territory. (This was the name given to what would become Tennessee after North Carolina ceded land to the federal government as a settlement for some debt.) This model involves a potential state holding a referendum among its citizens (of whom there must be at least 60,000), and should that referendum pass then holding a constitutional convention to set out the plan for the potential state’s governance. D.C. has done all of this, and so there are two substantial reasons in favor of granting the federal district statehood. First, it fulfills a founding principle of the US that much political power should be reserved for the people and the geographic area where they live, rather than vesting it all in a few buildings in one small part of the country. Second, the people of D.C. have shown overwhelmingly that statehood is what they want. (In contrast to Puerto Rico, which voted down statehood referenda four times before passing one in 2017, albeit marred by low turnout and boycotts by some political groups.)

But what of the original reason for refusing to locate the US capital in any one of its member states? Will the federal government become subject to the whim of D.C. citizen’s and their state government? Proponents of statehood for D.C. do not want to eliminate the federal district entirely. Instead it would simply be shrunk to encompass the buildings of the three branches of government, supporting office buildings, and tourist attractions tied to the capital. Nor is the federal government as small and precarious as it was in the late 18th century. Congress likely has little to fear in shrinking from a federal district to a federal enclave.

Not everyone agrees that the problem of undue influence can be so easily dismissed. But even if it could be they argue there are more problems. While most D.C. voters endorsed the referendum, around 30% did not — and for a variety of reasons. Some were reasons of practical cost and administration, but others were more fundamental — namely that granting D.C. statehood would raise constitutional problems. The official legal advice given by the Department of Justice several times in the last few decades has been that Congress lacks the power to grant D.C. statehood. The issue turns on the phrase “not to exceed ten Miles square” found in Article 1, Section 8. The “plain meaning” (a legal phrase dripping with irony) of this is taken to be that Congress can neither unilaterally enlarge nor shrink the district. Mayor Bowser’s plan points to the Alexandria Retrocession Act of 1846, in which Virginia got back some of the land it had given to the federal government to create the federal district, as evidence that Congress can change the size of the district. However critics point out that this was and had to be a bilateral agreement: the Virginia General Assembly first passed their own bill, and Congress soon passed mirroring legislation.

The 23rd Amendment to the US Constitution is argued to pose an additional problem. This amendment gives the citizens of D.C. power to elect the US president by providing representation in the Electoral College. However, even if the district were shrunk to a small enclave of buildings, it would still be guaranteed some number of electoral votes by the 23rd amendment. The per capita power of these votes would be out of alignment with the minuscule population of the scaled-back federal district.

Statehood for Washington, D.C. is currently a moot question. No statehood bill will make it through a Republican-controlled Senate. But even with a future Congress, success is not guaranteed. Constitutional issues likely to be decided by the Supreme Court may keep D.C. and its citizens under federal rule for the foreseeable future.