Does a Post-COVID World Change the Plan for Court-Packing? 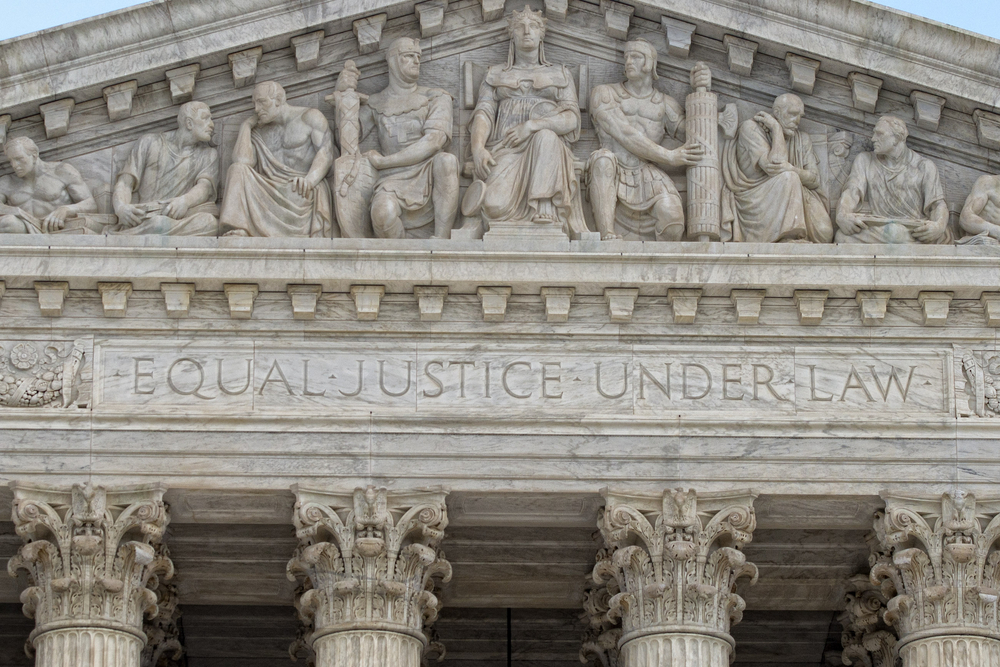 In recent weeks the United States Supreme Court has made several landmark decisions that have surprised many legal observers. Recent rulings on immigration, LGBTQ rights, and abortion highlighted the importance of Chief Justice John Roberts as a potential swing vote, tempering the conservatism of the Court. Recent headlines highlight this development: “John Roberts Shatters Expectations for the Supreme Court,” and “Chief Justice Roberts Steers High Court to a Surprising Term.” I imagine that the surprise many seem to have is owing to the expectation that with the appointments to the Court over the last four years, the Court would take a far more conservative approach. If Joe Biden wins in November (and if the Democrats gain control of the Senate) the matter of whether to “pack” the Court will become relevant again, but in light of recent events, would this be appropriate?

The debate over court-packing is not necessarily a new one. During the Depression, several New Deal provisions, like the National Recovery Act, were struck down. With five aging conservative justices to deal with, FDR proposed to expand the Court to appoint a new justice for every sitting justice older than 70 and who had served for 10 years. Had that proposal been carried out, six new justices would have been added to the Court. The move attracted controversy, but in the end one of the justices who opposed the New Deal retired a few months later and Roosevelt was able to appoint his own justice and shift the balance of the court.

It is important to note that nothing in the Constitution mandates that there be 9 justices on the court, and recently there have been calls to “pack” the Court with more liberal justices in order to shift the balance yet again. These calls follow the wins of Presidents George W. Bush and Donald Trump, both of whom became president despite losing the popular vote and who managed to appoint four justices between them (including Roberts himself as Chief Justice). Had the presidency been given to Al Gore (possibly assuming re-election in 2004) and Hillary Clinton, those three to four justices would have been able to tilt the Court heavily to the left. It is worth noting that Republicans have only won the popular vote of a presidential election once in the last 28 years. There is also the matter of Merrick Garland. Garland was nominated by Obama following the vacancy created by the death of Antonin Scalia. Had he been confirmed, the Court would also have shifted leftward. But Republicans refused to hold a hearing or vote, and after Trump became president in 2016, the vacancy was filled by Neil Gorsuch instead.

If Biden and the Democrats win in November and retake the Senate and the White House, the (now) lack of a filibuster on such votes could allow for more justices to be appointed. But with Roberts’ tendency to be a swing vote, tempering the more conservative voices on the Court, why would packing be needed? After only a few recent decisions, assertions like “John Roberts is Just Who the Supreme Court Needed”, that Roberts is “steering the court on a middle course,” that Roberts is “leading from the center” or that the Roberts Court defies partisanship have been made, and if it were true then the case for packing the Court would be undermined. Those who make such claims suggest that Roberts is trying to protect the integrity of the court from being seen as too partisan.

However, there is good reason to be cautious about these claims. As lawyer Tom Goldstein told NBC News, “The chief justice is more of an incrementalist than a swing justice…He is moving the law to the right, but slowly. And the liberal justices are willing to go along with him, to minimize the damage.” The LA Times reports that while trying to demonstrate that the Court is not in Trump’s pocket, “they quite often hand down ideological cases that go his way.” Indeed, in other cases, such as on the matter of voting rights, Roberts supported the conservative position. In other words, the evidence for the notion that the Court is now balanced or nonpartisan may be more anecdotal than conclusive. Given that these recent swing votes have taken place during an election year, it may be that Roberts is trying to prevent public resentment which might lead to court-packing. While political participation is generally low, issues concerning the makeup of the Supreme Court can be a significant motivator for voters.

Despite recent rulings, there are more arguments to be made for and against packing that are poignant during the current crises taking place in America. Courts are now ruling on the legality of COVID-19 orders, and this may be the most litigious election ever, setting countless precedents regarding voting by mail and absentee ballots. The Supreme Court itself ruled on cases in Texas and Alabama which have made it more difficult for people to vote by absentee, meaning that voters will have to risk infection if they wish to cast their ballots. The rulings that could be made following COVID-19 could have massive social, ethical, economical, and legal consequences. Climate change may require massive shifts in state intervention that conservative jurists regard as unconstitutional. In fact, hostility to voting rights are one of the reasons made for court packing. But court-packing may also be a useful threat to either gain voluntary compliance from the court on key issues or spur action to depoliticize the judiciary.

On the other hand, the arguments against packing tend to focus on the worst-case scenario where all the Court’s credibility is lost. With this in mind, certain proposals, like Pete Buttigieg’s, provide for the appointment of both conservative and liberal justices. But, as yet, there is no hard evidence to suggest that court-packing would work for or against public respect for the Court.

Former Obama White House Counsel under Barack Obama Bob Bauer has argued that attempts to pack the Court are ill-considered. He notes, “It seems that Trump’s opposition would do better to distinguish its reform politics from anything resembling the approach of this president, which seeks to undermine institutions and associated norms to engineer his preferred outcomes.” Institutional reform can be done in a way that is “bona fide” or in a way that will “merely result in additional or perhaps irreparable institutional damage and political fallout.” Bauer is clear to distinguish between institutions and outcomes, noting that court-packing secures chances of winning cases but does not strengthen the institution or our trust in it. In essence, it may delegitimize the Court, however, there is no reason to think that evaluation of an institution and evaluation of its outcomes are distinct endeavors. Certainly, some outcomes have undermined the legitimacy of the institution.

But this distinction between the Court as independent body or the Court as political tool requires further explanation and justification. Otherwise, the definition being adopted is that “bona fide institutional reform” merely excludes consideration of desired political ends for arbitrary reasons. On the other hand, while potentially useful even as a potential threat, if there is going to be a plan for packing, it also cannot be arbitrary. That plan must come from a particular vision of the purpose and function of the Court.