Gorsuch, Textualism, and The Magic Lamp 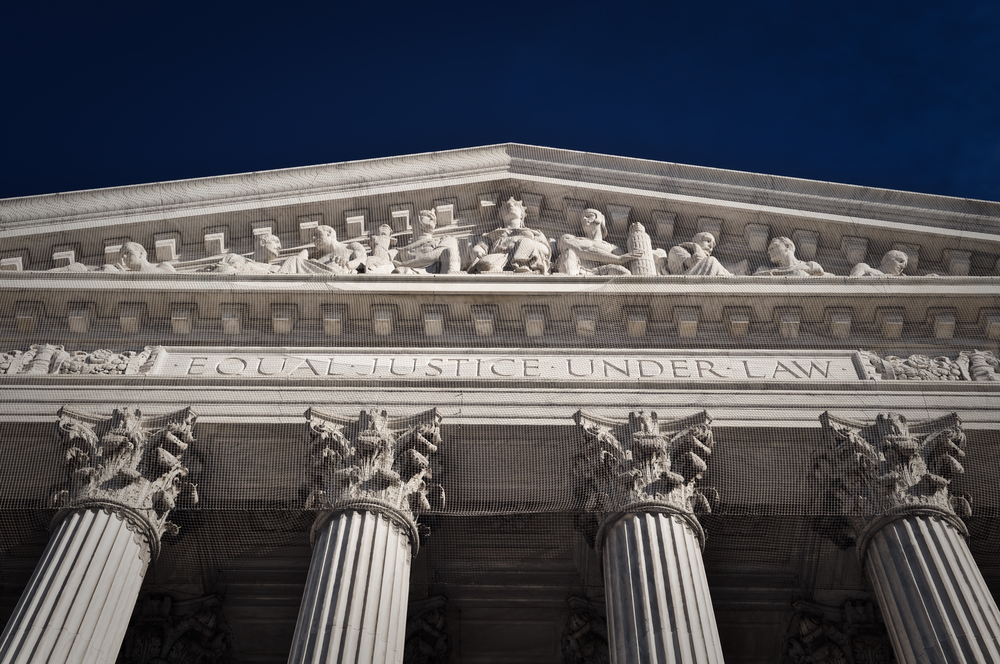 “US Supreme Court Equal Justice Under Law” by slickspics via depositphotos.com

If you’re wondering how a conservative justice could have sided with the liberal side of the Supreme Court and rule that the 1964 Civil Rights Act protects homosexuals and transgender persons from workplace discrimination, the best analogy to think of is when a genie from a magic lamp interprets your words so literally that you get something completely opposite of what you want.

Neil Gorsuch, like his predecessor Antonin Scalia, is an avowed textualist–someone who thinks that we ought to interpret federal laws based on what they literally seem to say and what those literal statements logically entail. They disavow the idea that we should look to what authors of the law intended (or would have done had they foreseen the consequences of the law they’ve written). They are staunchly opposed to the tendency toward judicial activism or legislating from the bench. Instead, they are adamant that the courts should not be engines of social change, and believe that this temperance is necessary to preserve our system of checks and balances. Given the fact that judges aren’t directly accountable to the people, they believe that if the law needs to change, the legislature should be the body to enact that change. The duty of a judge, then, is simply to ensure that the laws are faithfully discharged in a manner consistent to the way they were enacted.

In this case, the law prohibits discrimination (even in part) based on sex. And in 1964, “sex” was defined in terms of one’s biological makeup at birth. So how does a textualist look at a law from 1964, which defined “sex” in terms of biology, and find a law that protects people based on their sexual orientation or gender identity?

I asked myself the exact same question, so I looked at Gorsuch’s opinion in Bostock v. Clayton County, GA, and the answer lies in this sentence: “Because discrimination on the basis of homosexuality or transgender status requires an employee to intentionally treat individual employees differently because of their sex, an employer who intentionally penalizes an employee for being homosexual or transgender also violates Title VII.”

Think about it. You can’t label someone as homosexual without reference to their biological sex. A homosexual man is a “biological man” who is oriented toward men. A transgender woman was assigned male at birth but identifies as a woman. Because those identities essentially contain biological sex, if you disciminate against someone based on these identities, then you discriminate against them in part on the basis of their sex (as defined in 1964).

Now, you might be thinking, “But surely when they wrote the law in 1964, if they could have seen that the consequences of that law (as written) would protect homosexuals and transgender persons, they would have written it differently.” You’re probably right. But you’re also making an argument that is decidedly not textualist.

Justices Alito and Kavanaugh disagreed with Gorsuch’s textualist logic. Alito argued that “Textualists do not read statutes as if they were messages picked up by a powerful radio telescope from a distant and utterly unknown civilization.” Kavanaugh criticized the majority for taking a “literalist” approach rather than a textualist one, suggesting that the majority chose instead to “simply split statutory phrases into their component words, look up each in a dictionary, and then mechanically put them together again.” To the dissent, the majority opinion did indeed usurp legislative power.

In personal terms, Gorsuch’s majority opinion might not have come as a surprise: he worked as a clerk for former Justice Kennedy, who played a pivotal role in Obergefell v. Hodges, and Gorsuch’s friends have expressed that he’s supported gay friends and attended churches that welcome gay members.

So perhaps this is why the genie analogy is a propos. Gorsuch is a textualist. He is that genie in the lamp who reads things (and their logical consequences) quite literally, and for some, these readings result in wishes that really do come true.