Ongoing American Exceptionalism: To Infinity and Beyond 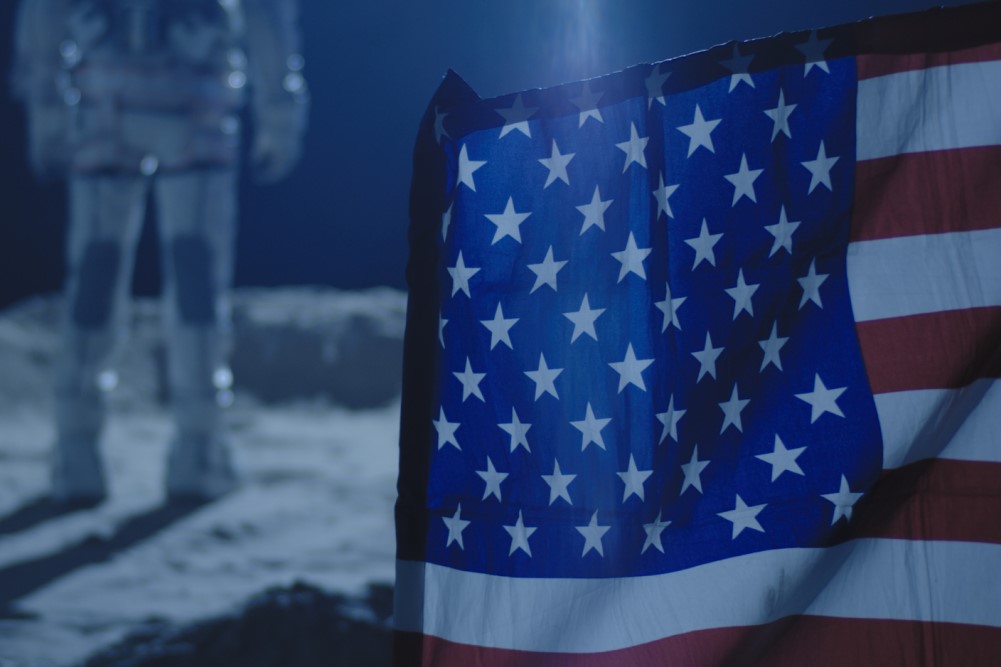 “Astronaut standing behind US flag” by EvgeniyShkolenko (via depositphotos)

On April 7th, the Trump administration released an executive order declaring that the USA doesn’t understand space or the moon to be under international jurisdiction, but rather a domain for particular countries to pursue their own interests. The order states, “Americans should have the right to engage in commercial exploration, recovery, and use of resources in outer space.”

There are 108 signatories for the “Treaty on Principles Governing the Activities of States in the Exploration and Use of Outer Space, including the Moon and Other Celestial Bodies,” the main document outlining law in space. This document is now a precedent for treating space continuously with international law: no particular government has authority unless there is a particular interaction with data transmission between citizens, for example, that clearly falls under the jurisdiction of a particular nation. For instance, in 2019, Anne McClain, a US astronaut allegedly signed into Former Air Force intelligence officer Summer Worden’s bank account without Worden’s permission. Worden filed an identity theft charge against McClain. Because the data connection, bank, and citizens were all under the purview of the US, it was determined to fall under U.S. law.

Unless circumstances as particular as these arise, however, corporations, states, and entities in space are meant to operate under a set of regulations that broadly set out international regulations. This is for practical reasons as much as anything else:

“When there’s a hurricane, earthquake or other disaster, Harrington said that multiple countries with remote-sensing satellites — including the U.S., Japan, South Africa, Russia and the European Union — are part of a disaster charter. Whomever had a satellite passing over the disaster-ridden region before, after and during the event has agreed to share data to mitigate damage, saving lives and property.”

Trump has been enthusiastic about expanding American power into space, as his ambition for developing a Space Force has shown in the past year. His enthusiasm for expanding mining rights and removing mining regulation on Earth make this also a natural expansion of his previous zeal. However, similar to his propagation of the Space Force, it remains unclear what, if any, interest or action will follow from this declaration of Trumpian interest.

Having a leader that is out of touch with the reasoning behind the policies is dangerous and can have lasting impact on not only our nation’s progress but the necessary cooperative efforts of the international community. When one powerful nation withdraws efforts, the rest of a coalition suffers. This is one way to harm a community—not by sanctioning, attacking, or aiming malice directly towards other nations or actors, but by neglecting to take their interests into considerations in one’s own pursuits. Neglect in such circumstances is a form of disrespect. It also is not in the USA’s best interests, for, as experts agree, the successful pursuit of progress in space will necessarily be a joint effort, relying on the very nations Trump continues to ignore in the here and now.