Operation Chaos; or, How to Snatch Defeat from the Jaws of Victory 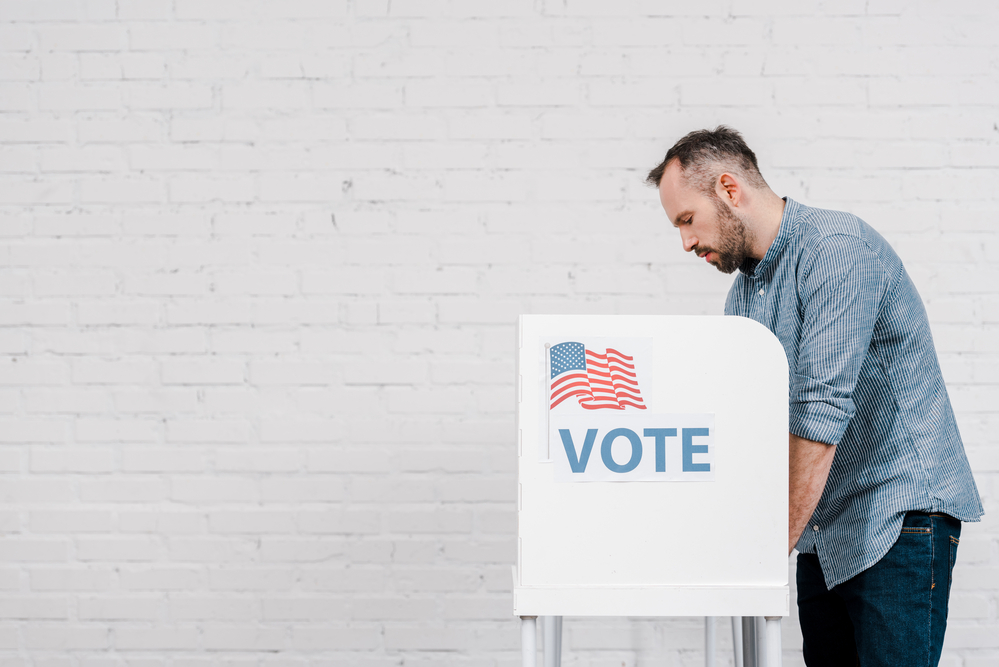 “Side view bearded …” by IgorVetushko (via depositphotos)

War is politics by other means, we are told. It seems true also that politics is war by other means. American politics embraces a sort of total war credo, where any method it takes a party to advance its political agenda is on the table. This is manifested by so-called “Operation Chaos,” the military-inspired name for a strategy by Republican activists to influence the 2020 Democratic presidential primary. However it’s not clear that strategy advances the interests of those voters involved in the way they hope it will.

Operation Chaos aims to influence the Democratic primary by getting Republican voters to cast ballots during the elections in open primary states. Open primary states, like South Carolina, are states in which a voter does not have to be a registered member of the political party whose primary the opt to vote in. So ahead of South Carolina’s Democratic primary on Saturday, February 29, 2020 the organizers of Operation Chaos urged Republican voters—or at least those who want to see Trump re-elected in November, 2020—to vote for the Democratic contender who will have the worst head-to-head chance against Trump in the general election. More specifically they argued that helping Bernie Sanders, the Independent senator from Vermont, win the nomination would ensure a Trump victory. This idea, referred to as “party raiding,” is not new, having long been one of the possible downsides of open primaries pointed out by critics.

This strategy is dubious on several fronts. The first problem is that there is no evidence that party raiding is either common, extensive, or particularly effective. Second, according to a panoply of polls, Bernie Sanders is projected to beat Trump in a head-to-head, general election contest. However these polls don’t provide any certainty about the outcome of a general election contest, and there is no way to know at this point how a Sanders nomination would affect the American electorate. Two competing arguments paint starkly different pictures. Sanders supporters argue that his nomination would motivate young and progressive voters, who might otherwise stay home in November, to turn out and give Democrats the bump the need in contested states, like Pennsylvania. The contrary argument is that Sanders will turn-off, rather than turn-out, moderate voters and Trump-dissatisfied Republicans who might be enticed to vote Democrat in 2020. In any case, any effort to hand the Democratic nomination to Sanders is not the sure bet for Trump that the organizers of Operation Chaos seem to think.

But there is a deeper problem with the party-raid strategy of Operation Chaos. Their plan, because of the risk of undesired results, fails to maximize the interests the voters who cast these attempted disruption ballots. It may even be too generous to portray the plan as operating under risk, and instead more appropriate to see it as a plan operating under genuine uncertainty. American economist Frank Knight distinguished between risk, where we are aware of the relative odds of success for various course of action, and genuine uncertainty. Under genuine uncertainty we either don’t know all of the possible outcomes (if we know any of them), or we don’t know what the odds of success are (even for a known set of outcomes). In the aftermath of the 2016 American presidential election, and other events that have surprised pundit predictors, we are becoming more aware of how often we mistake genuine uncertainty for mere risk.

Suppose, however, we are charitable to Operation Chaos and concede that the relative probabilities of success for different head-to head, general election contests against Trump are known. Does party raiding now stand vindicated as a good plan? No, it doesn’t. The remaining problem has to do with how the different possible outcomes affect the Operation Chaos voters’ interests. If they are right about Sanders’ chances, and they succeed in handing him the nomination, they get the outcome they most want. However if they are wrong about Sanders’ chances, but still succeed in handing him the nomination, they get what they least want. Voters would maximize their chances of getting something they want if they voted strategically in such a way so that no matter who won, Democrat or Republican, they would get (some of) what they want.

This is similar to the decision strategy promoted by John Rawls in his well-known A Theory of Justice. He constructs a thought experiment in which people devise a social system from an “original position” behind a “veil of ignorance.” The gist of the Rawls’ thought experiment is to demonstrate what a fair and just social system would look like. He reasons that people, because they are rationally self-interested, will work to create a system that maximizes their own self-interest. To make sure that they also create a system that is fair to their fellow citizens, Rawls asserts that people should design this system while ignorant of certain facts about themselves (e.g., their skills, racial/ethnic characteristics, gender, etc.). That is, he creates a a situation involving genuine uncertainty rather than mere risk. When subject to such strictures, Rawls argues that people will distribute social goods across all the possible social positions they themselves might inhabit once the system they have designed gets going. This then produces a fair system for all people.

In the case of Republican voters cast ballots in open Democratic primaries, they would better maximize the extent to which the next President promotes their own self-interest. By voting for a Democratic candidate who, if elected, would act to promote policies that Republican voters prefer, party raiders would ensure that some of their preferred policies are promoted in the case of either a Democratic or Republican victory. That is they create a win-win situation for themselves. However if party raiders hand the nomination to a candidate who, upon winning the general election, would promote policies that are counter to the raiders’ preferences they create a situation a win-lose situation for themselves.

To all appearances, Operation Chaos didn’t work in South Carolina. Former Vice President Joe Biden won the state’s primary by a wide margin over Bernie Sanders. If Operation Chaos continues their efforts in subsequent open primary states, like upcoming “Super Tuesday” states Virginia and Texas, they should vote for the Democratic candidate who would best represent their interests—not the one who they think is most likely to lose against Donald Trump in November.