Human Rights in the Age of Ecological Breakdown 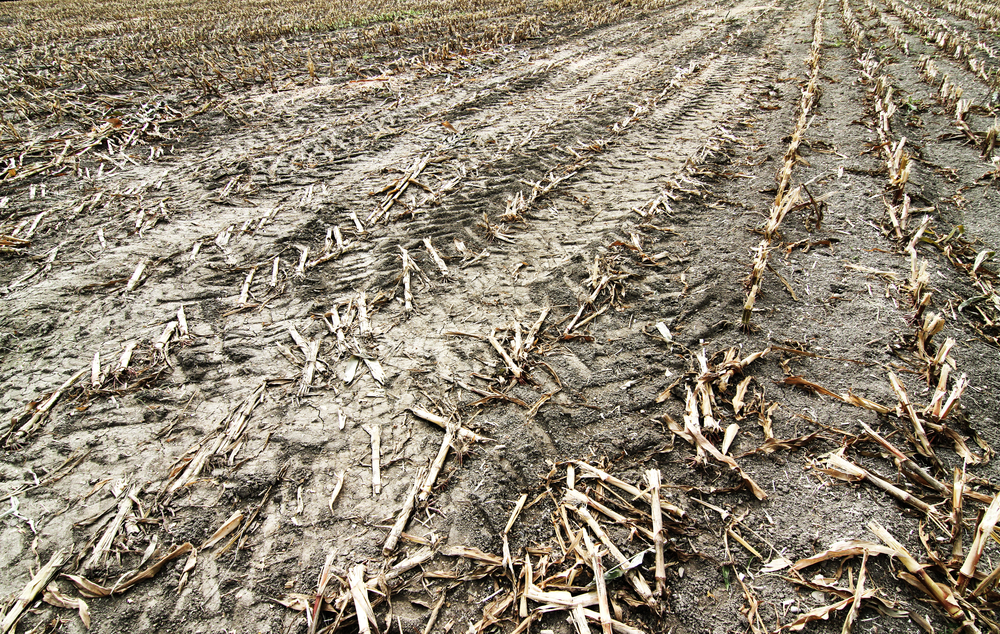 “Drought” by Specral (via depositphotos)

The Universal Declaration of Human Rights was proclaimed by the United Nations General Assembly in Paris on 10 December 1948 and aimed at setting forth a list of fundamental human rights to be universally protected.

We must acknowledge the issues with the very concept of human rights: the philosophical problem of how rights are grounded; the practical problem of how they are enforced; and the definitional problem of whether certain things (like the right to private property) ought to even be rights.

Nevertheless human rights outline and afford protections for people, their life, livelihood and dignity, family, culture and community. As such, they have been, and remain, an important tool in establishing a more just world. At the core of the very idea of human rights is the recognition and acknowledgement of the basic dignity of all human beings.

Even though the international community has made significant gains in the expansion and protection of human rights in many places over many decades, human rights are now under pressure from the developing climate and ecological catastrophe. These rights’ reach and strength may be in danger of regressing as the effects of global heating and other environmental disasters worsen.

In reality, the corrosive effects of climate and ecological breakdown on human rights has already taken hold in some contexts: the root causes of the crisis, like the expansion of oil and mining interests known as extractivism, have already decimated the rights of Indigenous peoples in many parts of the world where traditional lands have been stolen, livelihoods robbed, cultures destroyed, and activists murdered.

As the crisis worsens and greater numbers of people are affected, there are many ways in which human rights could be impacted. We can think of the charter of human rights as a kind of checklist of human goods – of conditions under which human life can flourish. Considering these conditions against the inevitable, worsening effects of the climate and ecological crisis, we can form a picture of how those impacts will affect human wellbeing.

At 1C warming we are already seeing significant environmental impacts: melting ice and rising sea levels, more severe storm activity with once in a century flooding events occurring every couple of years, drought, salinity, desertification and unprecedented wildfires.  As environmental impacts take hold so too will social impacts and the capacity for many basic human rights to be met and secured will be compromised.

At 1.5C to 2C warming there will be major coastal inundation and many low-lying coastal cities will flood. Small islands will be lost. Severe storms will damage infrastructure, and less developed communities will struggle to cope. Rights like those enshrined in Article 25 pertaining to standards of living including access to food and clean water, to safe housing and medicine will be in question.

According to Article 27 “everyone has the right to freely participate in the cultural life of the community.” As climate breakdown takes hold and some places become uninhabitable – for example, as small Pacific Islands sink and areas in the Central Australian deserts become too hot for human habitation, as glaciers in Northern Canada melt, indigenous peoples will be forced to abandon their lands, and a loss of tradition and cultural identity will be inevitable.

One of the biggest geopolitical and social issues the world faces due to accelerated global heating will be large numbers of climate refugees – people forced by climate and ecological impacts to abandon their homes. Experts have warned that even in the next decade tens of millions of people could be displaced by climate change.

According to Article 14, everyone has the right “to seek and enjoy in other countries asylum from persecution.” It is not clear that climate refugees will be considered “refugees” in the sense defined by the Human Rights Declaration which defines refugees as persons ‘fleeing persecution.’ Though being forced to flee because one’s home is uninhabitable or has disappeared beneath the tide clearly fits our general understanding of what constitutes a refugee, which rests upon the acknowledgement of persons forced to seek refuge in circumstances in which their home is no longer safe.

However climate refugee’s rights will be in question under a number of other articles outlined in the UN Declaration.

Given the current predilection of many countries, such as Australia and the United States, for draconian treatment of asylum seekers and refugees, rights such as “recognition before the law” (Article 6), the right not to be “subjected to arbitrary arrest, detention or exile” (Article 9), and even the right not to be ” subjected to torture or to cruel, inhuman or degrading treatment or punishment” (Article 5) will be under pressure, and are so already.

The worsening effects of the climate and ecological catastrophe endanger the rights outlined above, and others. The upshot is that those conditions upon which human dignity is maintained and upon which human life is able to flourish will be degraded; and this degradation will be part of the erosion of society that may, if unabated, lead to the collapse of human civilization.

But human rights can be an ethical double-edged sword. While they do in general, find their basis in human dignity and flourishing, the philosophical question of how specific rights further these aims, and what specific rights should or should not be recognized in order that they be furthered, is not entirely settled.

Given that the climate and ecological catastrophe is upon us, if we as a global community are to have any hope of abating it, mass drastic action is required, some of which may be impeded by the existence of certain inalienable rights.

It could for instance be argued that the right (enshrined in Article 16) to found a family may be problematic, since each child born in a developed nation adds a significant carbon footprint. Or perhaps the right to freedom of movement (Article 13) is problematic if we factor in how much carbon pollution the aviation industry is responsible for. It might therefore be necessary, as part of a global mitigation strategy, to curtail certain rights and, for instance, restrict access to air travel.

Consider the right, (Article 19) to freedom of opinion and expression, which has been exercised, and abused, by the fossil fuel lobby for decades in a concerted, and ultimately successful, attempt to obfuscate the truth about carbon pollution and shut down attempts to prevent global heating. This effort continues unabated, as the Murdoch press are still printing mendacious untruths about the climate crisis.

In conclusion, though we need to be flexible enough in our understanding of human rights to be aware of the ways in which they can, in some situations, affect our capacity to mitigate the catastrophic effects of climate and ecological breakdown, as a legal and practical framework for improving lives and reaching social justice outcomes, human rights have been instrumental, and their role in promoting human wellbeing and protecting human dignity is now more important than ever.