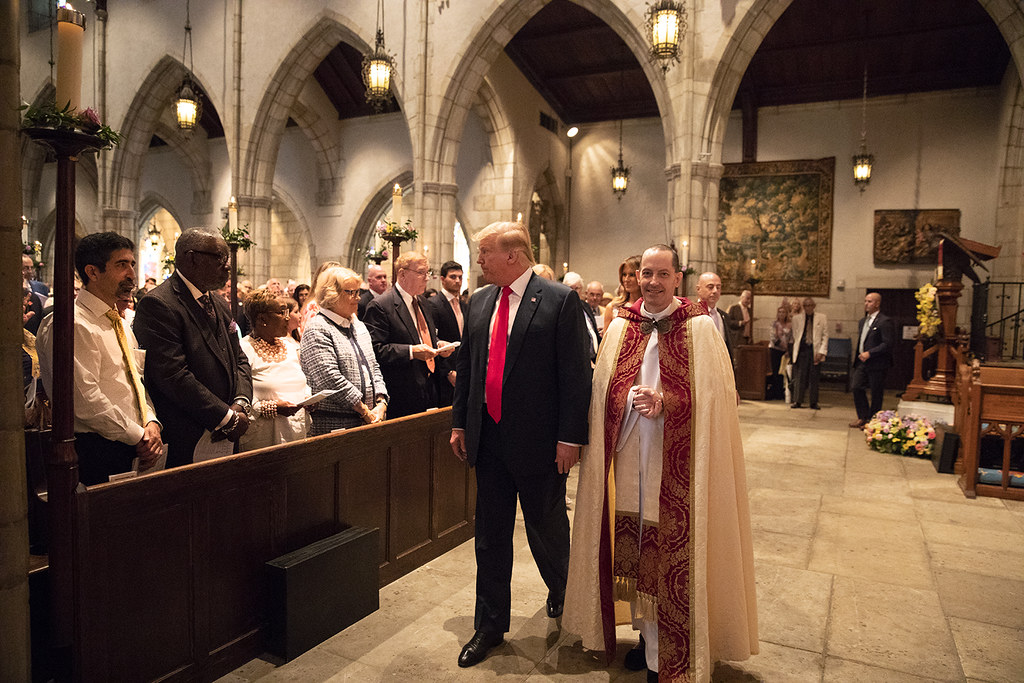 With the 2020 presidential election less than a year away, talk of “purity” tests for political candidates – so-called requirements, expectations, or “deal-breakers” for voters’ support – has become curiously common.

On the Democratic side, where more than a dozen contenders are still vying for their party’s nomination (and have begun to challenge each other more openly about their progressive bona fides), concerns about flexibility and eventual electability have led some figures to warn against holding impossibly high standards for the eventual Democratic standard-bearer. Just before Thanksgiving, at a question-and-answer session in California, Former President Barack Obama explained that “We will not win just by increasing the turnout of the people who already agree with us completely on everything – which is why I am always suspicious of purity tests during elections. Because, you know what, the country is complicated.” Instead of requiring a political candidate to perfectly match your ideals in every way, this position suggests a more pragmatic approach that allows for (at least some) ideological compromise.

Meanwhile, the Republicans have spent much of the last three years practicing precisely that sort of compromise, frequently (and sometimes even proudly) admitting that President Donald Trump is, in many ways, far from the conservative ideal in his personal life, but is, nevertheless, the most useful figure for accomplishing politically conservative goals. Despite long-popular rhetoric amongst Republicans about faith and family values, the children of the Moral Majority have committed themselves to defending a thrice-married philanderer because, for example, Trump’s ability to appoint conservative judges to federal positions outweighs his inability to name a book of the Bible. When Christianity Today, a leading magazine for Evangelical Christians, recently published an opinion piece arguing, in part, that Trump’s unapologetic immorality damages the credibility of his religious defenders, it was lambasted amongst the party faithful as proof that the periodical represents the “elitist liberal wing” of their denomination.

The question of purity indeed poses an interesting (potential) ethical dilemma: either you get your hands dirty to take what you want, or you find that your clean hands remain empty in the end – which is preferable?

In its crudest form, this dilemma is not unlike the classic “trolley problem,” where a person is tasked to choose whether it is better to act in a way that condemns one person to die or, instead, to refrain from action in a way that results in five deaths. Although the former requires bloodying your own hands by involving yourself in a causal chain resulting in the death of a person, it brings about a set of consequences which involves fewer deaths overall; the latter allows you to avoid direct responsibility, but results in a significantly less palatable end. Which of these options is the right one to choose?

Instead of circling debates around various ethical theories, Alexis Shotwell, professor of sociology, anthropology, and philosophy at Carleton University, offers a different solution altogether: rejecting the possibility of “purity” as an attainable quality, period. In her 2016 book Against Purity: Living Ethically in Compromised Times, Shotwell argues that the perception of moral purity as a genuine goal is, in principle, illusory, so the sort of clean-cut options supposed by trolley-style dilemmas are simply unrealistic. Instead, our embeddedness in social contexts requires an amount of interdependency with others that will always, as a general rule, require ideological compromise to at least some degree. Given that everyone has slightly different desires, interests, and goals, “an ethical approach aiming for personal purity is inadequate,” and, ultimately, “impossible and politically dangerous for shared projects of living on earth.”

This sort of approach neither draws lines in the sand across which certain people are not welcome, nor does it try to give some ends-based excuse for allowing deplorable people into one’s inner circle: instead, it recognizes that – like it or not – we’re already all in this together. As Shotwell explains, the idea is rather that

“I’m going to work on this thing and I’m definitely going to make a mistake. I’m already part of a really messed up situation, so I’m not going to be able to personally bend the arc of the universe toward justice. But I might be able to work with other people so that all together we can do that.”

Perhaps the main way that someone can ethically fail on such a model is to reject trying to work together at all.

So, importantly, Shotwell’s approach does not license an individual to behave however they choose: the emphasis on collective and relational approaches to problem-solving (as not only pragmatic requirements, but as the logically prior element of moral exchanges altogether) means that moral agents are inextricably bound to certain moral expectations based on the communities in which we find ourselves – these relationships (more so than our individual intentions or the direct consequences of our own actions) ground our moral judgments – as well as our political choices. So, candidates who transgress these sorts of communal expectations for cooperative and mutual care can indeed still be held accountable, but in a manner notably more ecumenical than either the myopic purity tests of the Democrats or the sycophantic apologetics of the Republicans.

Although the outcome of the 2020 election cycle is still far from determined, one thing seems clear: it’s messy already and the chaos will only get worse. Rather than pretending that “the Right candidate will be Good” or that “the best candidate doesn’t actually have to be good,” Shotwell’s “politics of imperfection” suggests that everyone needs to hold each other accountable to work together in the project of creating a world for us all.