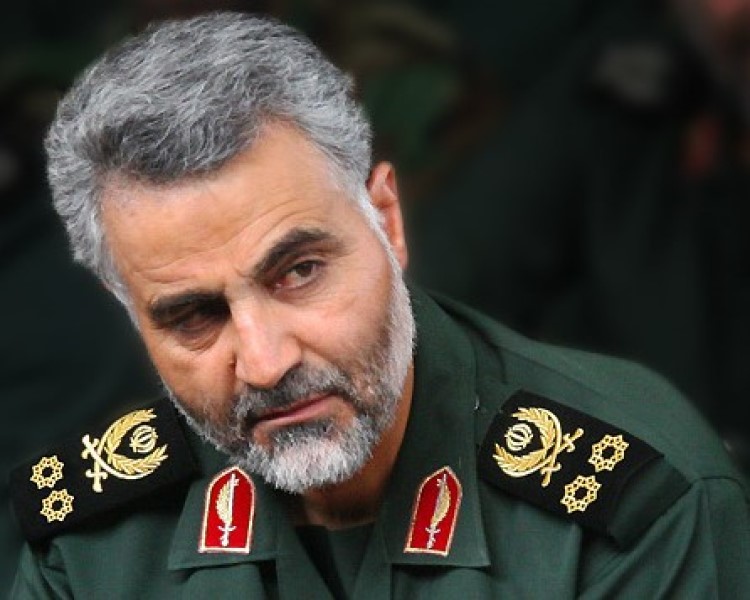 “Sardar Qasem Soleimani” by sayyed shahab is licensed under CC BY 4.0 (via Wikimedia Commons)

On Thursday, January 2nd, the United States successfully executed high ranking political Iranian military targets that were in Iraq at the time. The United States was not engaged in military conflict with Iran (i.e., the states were not at war), and so the justification for the US’s deliberate killing of Iranian officials has been called into question and widely criticized.

Because the assassination took place on Iraqi soil, Iraq is requesting that US forces evacuate their territory. Iraq is interpreting US actions against Iran to be a violation of their territory, and now remaining in Iraq without their permission could constitute a further act of aggression.

We can see that there is a high bar of justification for these actions in two frameworks: a pragmatic framework, or a “just war,” or deontic, framework. From a practical standpoint, we weigh the harms and benefits of different plans of actions and assess the potential fallout. Consider, for instance, that Soleimani actions and attitudes had not changed over the course of decades and yet previous administrations in the US had not targeted him for assassination. This has been attributed to the rationale that such an assassination “is not worth it” – the anticipated destabilization of the relations in the region risked by targeting such a high-ranking official in Iran was too big a gamble.

Rather than an assessment of potential outcomes and consequences, the standards in “just war” theory center on the conventions governing the proper and responsible use of military-level harm (just cause, proportionality, etc.). One of the least controversial moral dictates is that harming one another is bad and that we ought not to do it without the strongest of justifications. Wars and military actions are systematic harms at a grand scale, so their justification should at least parallel the stakes involved in harming one another on the personal level.

Because Soleimani represents Iran in his role as leader of Iranian military forces, taking military action against him amounts to taking military action against Iran. [Unless the international community has decided that his regime is illegitimate or that Soleimani can be considered to be an independent agent, force against him amounts to aggression against a legitimate state – Iran.] On a Just War framework, initiating acts of aggression like these against legitimate states represent justifiable cause for war on the grounds of self-defense.

To commit an act of violence that constitutes a cause for war is judged by high standards indeed because of the stakes involved in war; wars include untold violence and suffering not only to those who willingly participate but to bystanders and those caught up in the conflict. As such, the justifiability of states’ use of military force is limited, according to Just War Theory, to a handful of reasons, the strongest of which is in response to aggression.

In casual terms outside discussions of war theory, aggression includes any hostile or violent behavior, but for political actors, it means something very specific. In international relations, “aggression” is the term used for the crime of war itself. It articulates that a state has violated the territorial integrity or political sovereignty of another legitimate state.

Just as each person has a right to the safety of their body from molestation, states have a right to territorial integrity: a right to control land within one’s border. The most straightforward way of violating this on the personal level is to assault someone and on the political level, to invade. “Political Sovereignty” notes the right a legitimate state has to self-determination, paralleling the right to autonomy that an individual has. States can set up their political organizations in terms of democracies, monarchies, etc., and have the right to run their governments without interference from other states. State A violates the political sovereignty of B when A tries to change B’s political structure. Such acts, along with territorial invasion, are the most straightforward instances of acts of aggression by one state on another and thus count as acts of war.

When someone has attacked you, common moral principles hold that you would be justified in defending yourself. Therefore, in the political sphere, if a state commits an act of aggression towards your state, you may be justified in responding with force.

Because there was anticipated aggression against the US, the self-defense justification can be attempted for the assassination. However, when claiming to defend yourself against an attack you only think will happen, that attack must be imminent and great. This is a difficult set of circumstances to establish and in the present case a great deal of doubt already exists.

One route to justifying the attack is to attempt to categorize it as a targeted terrorist killing rather than an assassination of a high-ranked head of state. This is an important distinction, because employees of the United States, as well as anyone acting on behalf of the United States, are forbidden from conspiring or engaging in assassinations, political or otherwise, according to Executive orders by Presidents Ford and Reagan. President George W. Bush allowed for the “targeted killings” of terrorist funders and leaders, but in a manner consistent with these executive orders, and, since 2001, that has been where executive dictation has remained.

The US has targeted many individuals under the guise of the “War on Terror” by categorizing individuals as terrorist leaders and thus not representing states. But attempts to characterize Soleimani’s execution in such terms will not protect the US’s behaviors from international scrutiny or an Iranian response. (Iran has promised retribution and declared that it will no longer abide by the terms of the nuclear prohibition deal that Trump’s administration had quit Spring 2018.) This situation is markedly different. The killing of political representatives of a foreign state outside of wartime will seem to many a straightforward act of aggression, complicating the US’s claim to self-defense.