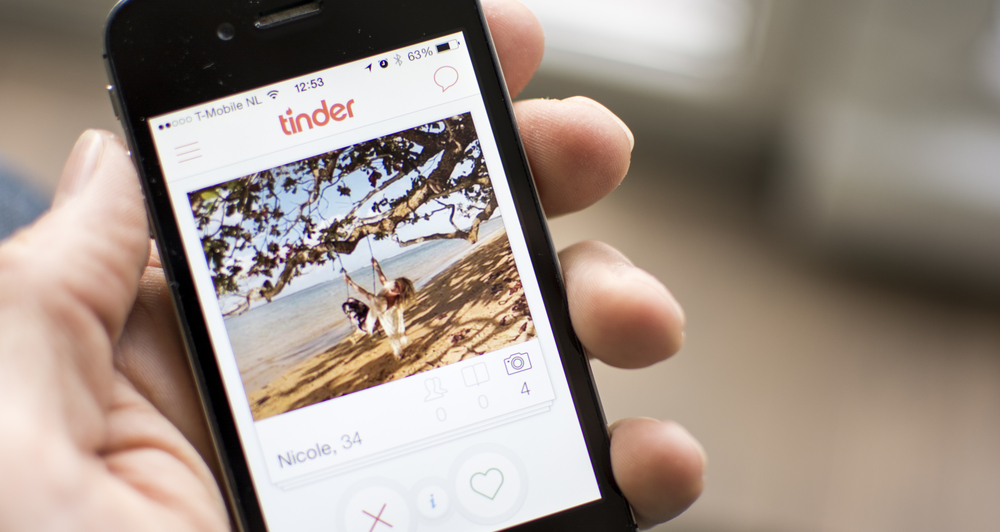 “tinder” by Mactrunk (via depositphotos)

Recently Geneticist George Church attracted controversy for his involvement in Digid8, a startup company which proposes to use DNA comparisons in dating apps to help limit the probability of two people who share a genetic mutation exposing their potential offspring to serious genetic disease. The idea has been met with charges of racism and trans-phobia, yet Church maintains that this is an important step towards the elimination of all genetic diseases. While charges of Nazi-like eugenics projects are premature at this stage, there are genuine moral dilemmas involved with projects like this.

The central idea behind the project is to let users know about their and a potential partner’s genetic background. For instance, it will inform them if they carry recessive genes connected to genetic illnesses like sickle cell anemia, Huntington’s disease, or Tay-Sachs. It is possible for a person to carry such genes but not have the disease if they also carry a healthy dominant gene. However, if two potential parents both have the recessive gene, then their offspring has a twenty-five percent chance of suffering from the disease. Through a dating app, potential matches would be made aware of this and could be given the opportunity to plan accordingly.

As genetic testing gets cheaper, projects like this become more possible. Ethical concerns are abundant, ranging from the issues involved with sharing genetic information with a corporation to the potential to share additional genetic markers that go beyond disease. We also need to distinguish between this specific proposal and Digid8’s implementation of it, and the more general idea which could be implemented in different ways. It is possible for specific proposals to be implemented poorly or unethically apart from the ethics of whether such DNA comparisons should be used at all. Since the specific proposals are still in planning and because other companies may follow suit, I will focus on the general moral concerns.

DNA comparison to help make informed pregnancy considerations is not new. Existing prenatal genetic screening already offers us the opportunity to make these types of decisions. So there is a good deal of overlap concerning the ethical dimensions at play. In addressing the issue of eugenics in prenatal screening, Tom Shakespeare distinguishes between strong eugenics where there is an effort at population-level control of reproduction at the state-level, and weak eugenics which promotes technologies of reproductive selection via non-coercive individual choices. Such a distinction allows us to “avoid rhetorical excesses” and “disingenuous dissociations with unfortunate historical precedents.”

But we might also be concerned about the kinds of conditions being screened for. As Shakespeare notes, not every form of genetic variation constitutes a disease. While social barriers can make life harder, people born with Down’s syndrome or congenital deafness may be healthy individuals presenting no medical problems. On the other hand, there are genetic conditions where, regardless of social context, one will experience suffering, pain, and premature death. Thus, one of the most important questions is about which conditions and genetic markers are appropriate to identify and screen for.

An important factor that also needs to be considered when addressing genetic illness is the fact that several thousand illnesses are triggered by environmental factors. For instance, while there is a genetic component to diabetes, developing the condition is heavily dependent on individual diet. With different conditions being a result of genetic/environmental interaction, determining the ethics of screening for certain conditions becomes a tricky matter.

There are also additional concerns regarding public information. Currently, prenatal screening practices done in hospitals and clinics afford the possibility of consultations and counseling with obstetricians, geneticists, or pediatricians, while DNA comparison through a social media app does not afford such consultation unless it is specifically sought. This means that there is a greater chance of potential couples making uninformed or badly informed decisions. If a dating app presents information about possible genetic conditions, the person needs to have the reliable resources necessary to make informed choices about who they choose to date.

Despite these concerns, there are good reasons to pursue services that allow for DNA comparison. Certain diseases are responsible for much suffering, and so there are ethical reasons to try to prevent a child from being born with them. As Shakespeare argues,

“conditions like Tay-Sachs disease or anencephaly causes major suffering, leading to a very premature death. It is important to argue that living as a disabled person is a viable and valuable form of existence, but that existing without any possibility of a real life is not living at all.”

Services like that proposed by Digid8 may help prevent significant suffering.

There is also value in knowing what one may be in for in a potential pregnancy, even if this information may not affect the decision to have a child. In prenatal testing, women sometimes seek prescreening even while knowing that the results will not affect their choices. The information can still be valuable to a candidate parent about what they may expect. Similarly, as Church notes, the Digid8 service is not intended to block dates for people carrying dominant disease genes. Instead, this kind of information can be helpful for potential couples in their plans for creating a family.

On the other hand, there are obvious ethical concerns with DNA comparison. While it may only constitute weak eugenics in the democratic world where there is more choice and freedom and where laws and regulations will try to protect human rights, other areas of the world may not use the technology in the same way. For example, while democratic nations may limit the uses of the technology to inform users about serious and debilitating genetic conditions, authoritarian nations may seek to expand the DNA comparisons to support pseudo-scientific aims or may use the information to restrict and isolate groups of people and create greater social barriers. Thus, such technology could also be used for strong eugenics purposes. Without careful ethical oversight the technology could be used and tailored for more niche purposes like designer babies, to prevent the birth of gay and transgendered people, or to help groups of people engage in self-segregation practices.

There is much potential for good or bad in the DNA comparison services like that Church proposes, and discovering and solving the ethical problems that occur will likely take time. Trying to sort out the ethical issues involved in situations like this will be aided with input from those who have genetic conditions. Their experiences and testimonials may vary, but we need to listen to people directly affected. Those who suffer from Huntington’s are far more likely to favor prenatal diagnosis over those who are at-risk. Thus, sorting out what kinds of laws, policies, and codes of conduct may be required for DNA comparison must factor these experiences into account.