The Jezebel Stereotype and Hip-Hop 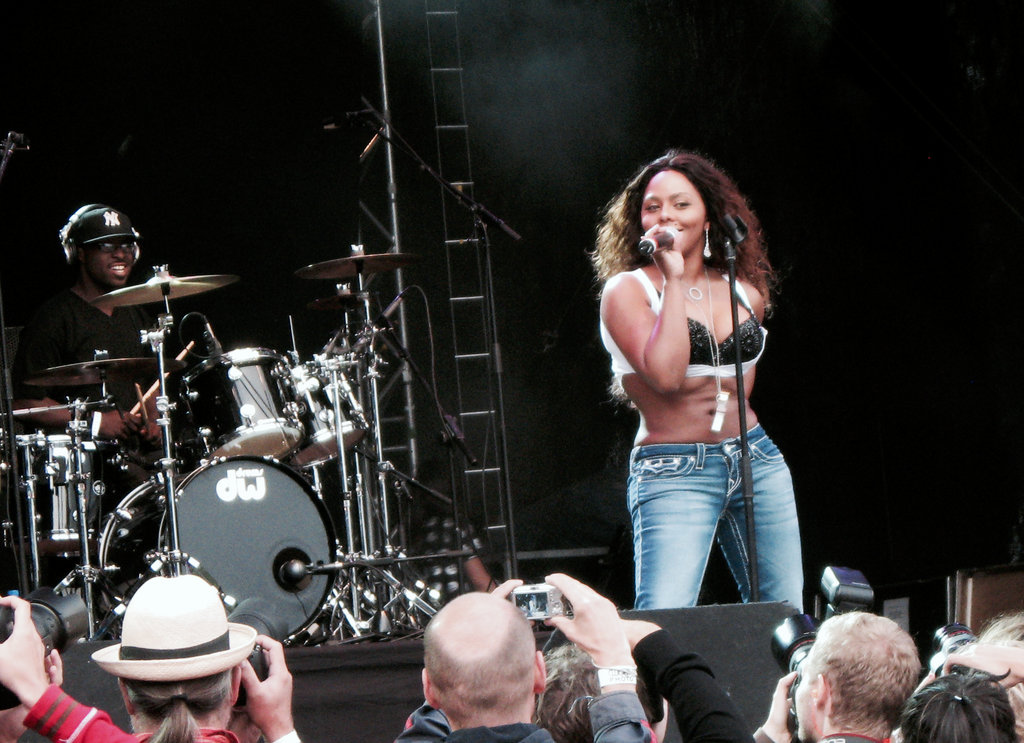 “Lil’ Kim – Crop 3” by windyjonas is licensed under CC BY 4.0 (via Wikimedia Commons)

Back in the day, black people were depicted in media through a series of racist caricatures that endured the majority of the 20th century. These caricatures became popularized in films, television, cartoons, etc. There was the classic sambo–the simple minded black man often portrayed as lazy and incoherent. Then, there was the mammy–the heavyset black woman maid who possessed a head-scratching loyalty to her white masters. The picaninny depicted black children as buffoons and savages. The sapphire caricature was your standard angry black woman, a trope that is still often portrayed in media today. But perhaps one of the most enduring caricatures is that of the jezebel. This caricature had an insatiable need for sex, so much so that they were portrayed as predators. One of the ways that this stereotype has endured time is through hip-hop. It could be argued that some black women in the rap game today reflect some of the attributes of the jezebel due to the promiscuity in their music. Therefore, are black women in rap facilitating the jezebel stereotype and, in turn, adversely affecting the depiction of black women in general?

Before we get any further, it should be noted that rap music has never been kind to women, especially black women (see “Hip-Hop Misogyny’s Effects on Women of Color”). You wouldn’t have to look far to confirm this. After all, Dr. Dre’s iconic album The Chronic has a song called “Bitches Ain’t Shit” with uncle Snoop Dogg singing the hook. It’s become a staple in rap music to disregard women in some form or fashion. But perhaps a line from Kanye West’s verse on The Game’s song “Wouldn’t Get Far” best embodies treatment of women and black women in the rap genre. West raps “Pop quiz how many topless, black foxes did I have under my belt like boxers?” In the music video, a bunch of black women in bikinis dance around West while he raps. Black women in rap are presented as objects of sexual desire–they’re arm candy. It’s the updated version of the jezebel. Before, as a racist caricature, the jezebel stereotype was used by slave masters to justify sex with female slaves. But even prior to that, Europeans traveled to Africa and saw the women there with little to no clothing and practicing polygamy. To Europeans, this signaled an inherently promiscuous nature rather than a social tradition. To them, it meant sexual desire.

Now, there’s a narrative of black women rappers in hip-hop who are embracing their sexualization in media. Junior M.A.F.I.A rapper and the Notorious B.I.G. femme fatale Lil’ Kim started this trend, spitting verses that your parents definitely would not have let you listen to as a kid. For example, on her song “Kitty Box,” Kim raps,

Picture Lil’ Kim tan and topless on a yacht

Picture Lil’ Kim suckin on you like some candy

Picture Lil’ Kim in your shirt and no panties.”

Fast forward from Lil’ Kim, and there’s Nicki Minaj with her song “Anaconda,” where the music video features her and several other black women twerking. But even past Nikki Minaj, there’s new rapper Megan Thee Stallion, who, although having developed an original sound, seems to have traces of Kim and Minaj in her music. On her song “Big Ole Freak,” Megan raps,

“Pop it, pop it, daydreaming ‘bout how I rock it.

He hit my phone with a horse so I know that mean come over and ride it.”

Posing a compelling contrast to “Big Ole Freak,” is another MC, Doja Cat. In the music video for her song “Juicy,” Doja dances to her lyrics that sound like a mash up of Megan Thee Stallion and Nicki Minaj, rapping,

Though Doja’s music has traces of that jezebel stereotype with sexual desire, there’s a positive aspect to it as well. With all of the sexual innuendos in “Juicy,” at its core, the song is about body positivity. While rapping about that “natural beauty,” Doja features women of all shapes and sizes in her music video and is unapologetic about her figure–it’s as if her message is more about empowerment than it is sex. Megan Thee Stallion also incorporates empowerment for women in her raps with the term she coined “Hot Girl Summer,” which to Megan, is where women are unapologetic about their sexuality and simply enjoying life. At the same time, women in rap have also always put forth some positive sentiment in their music. One of the pioneering rap artists for women were MC’s like Queen Latifah, Lauryn Hill, and MC Lyte. For example, in her song U.N.I.T.Y., Queen Latifah begins her verse by rapping,

“Every time I hear a brother call a girl a bitch or a ho,

Tryna make a sister feel low, You know all of that gots to go.”

So, are the rappers today merely facilitating the jezebel stereotype and sexualization of black women? True, the messages in their music are reminiscent of some aspects of the jezebel trope, but there’s an aspect of positivity that challenges this reductionist view. It could also be that rappers like Doja Cat and Megan Thee Stallion are just smart entrepreneurs who understand that sex sells and are simply capitalizing on an opportunity. But these rappers might also be changing the sexualization of black woman by taking over the narrative for themselves.

But what does this mean for the rest of us? How does this help the black women who have to endure that stereotype everyday? They don’t have the platform like Doja Cat and Megan Thee Stallion do to start trends and see its impact. But maybe that’s where trends like “Hot Girl Summer” come in handy here. While the music and image from rap artists like Doja and Megan seem negative to some, it’s a form of empowerment for black women. Perhaps listening to “Juicy” lets some black women feel proud about their bodies and trends like “Hot Girl Summer” let them feel unapologetic about their bodies. Simultaneously, it’s important to understand that as time passes, stereotypes–how we define people–change meaning or lose meaning completely. But with that said, it’s still important to not forget the history of where those ideas came from.