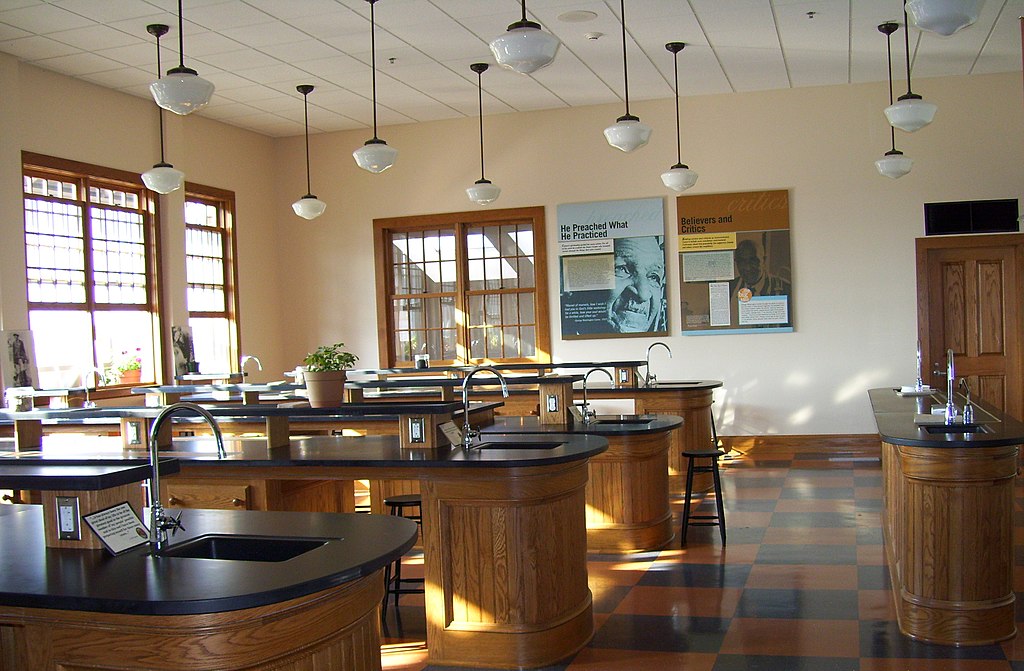 In November, the Ohio House of Representatives passed “The Ohio Student Religious Liberty Act of 2019.” The law quickly garnered media attention because it seems to allow students to get answers wrong without penalty if the reason they get those answers wrong is because of their religious beliefs. The language of the new law is the following:

Sec. 3320.03. No school district board of education, governing authority of a community school […], or board of trustees of a college-preparatory boarding school […] shall prohibit a student from engaging in religious expression in the completion of homework, artwork, or other written or oral assignments. Assignment grades and scores shall be calculated using ordinary academic standards of substance and relevance, including any legitimate pedagogical concerns, and shall not penalize or reward a student based on the religious content of a student’s work.

Sponsors of the bill claim that students will be required to learn the material they are being taught, and to answer questions in the way that the curriculum supports regardless of whether they agree with it. Opponents of the law disagree. The language of the legislation prohibits teachers from penalizing the work of a student when that work is expressive of religious belief. This seems to entail that a teacher cannot give a student a bad grade if that student gets an answer wrong for religious reasons. In any event, the vagueness of the law may affect the actions of teachers. They might be reluctant to grade assignments correctly if they think doing so may put them at odds with the law.

Ohio is not the only state in which bills like this are being considered, though most have failed to pass for one reason or another. Some states, such as Arizona, Florida, Maine, and Virginia have attempted to pass “controversial issues” bills. The bills take various forms. Arizona Bill 202, for example, attempted to prohibit teachers from advocating any positions on issues that are mentioned in the platform of any major political party (a similar bill was proposed in Maine). This has implications for teaching evolution and anthropogenic climate change in science classes. Other controversial issue bills prohibit schools from punishing teachers who teach evolution or climate change as if they are scientifically controversial.

Much of the recent action is motivated by attitudes about Next Generation Science Standards, a science education program developed by 26 states in conjunction with the National Science Teachers Association, the American Association for the Advancement of Science, and the National Research Council. The program aims to teach science in active ways that emphasize the important role that scientific knowledge plays in innovation, the development of new technologies, and in responsible stewardship of the natural environment. NGSS has encountered some resistance in state legislatures because the curriculum includes education on the topics of evolution and anthropogenic climate change.

Advocates of these laws make a number of different arguments. First, all things being equal, there is value in freedom of conscience. We should set up our public spaces in such a way that respects the fact that people can believe what they want to believe. The U.S. Constitution was intentionally written in a way that provides protections for citizens to form beliefs independently of the will of governments. In response, an opponent of this legislation might say that imposing a set of standards for curriculum based on the best available evidence is not the same thing as forcing citizens to endorse a particular set of beliefs. A student can learn about evolution or anthropogenic climate change, all the while disagreeing with what they are learning.

A second, related argument might be that school curriculum and grading policies should respect the role that religion plays in people’s lives. For many, religion provides life with meaning, peace, and hope. Given the importance of these values, our public institutions shouldn’t be taking steps that might undermine religion.

A third argument concerns parental rights to raise children in the way that they see fit. This concern is content-neutral. It might be a principle that everyone should respect. Parents have significant interests in the way that their children turn out, and as a result they have interests in avoiding what they might view as indoctrination of their children by the government. Attendance at school is mandatory for children. If the government is going to force them to attend, they shouldn’t be forced to “learn” things that their parents might not want them to hear.

A fourth argument has to do with the value of free speech and the expression of alternative positions. It is always valuable to hear opposing positions, even those that are in opposition to received scientific knowledge, so that science doesn’t just become another form of dogma. In response, opponents would likely argue that we get closer to the truth when we assess the validity of opposing viewpoints, but not all opposing viewpoints are created equal. Students only have so much time dedicated to learning science in school, so if opposing positions are considered in the classroom, perhaps it is best if they are positions advocated by scientists. Moreover, if a particular view reflects only the opinion of a small segment of the scientific community, perhaps it is a waste of valuable time to discuss those positions at all.

Opponents of this kind of legislation would insist that those in charge of the education of our children must value best epistemic practices. Some belief-forming practices contribute to the formation of true beliefs more reliably than others. The scientific method and the peer review process are examples of these kinds of reliable practices. It is irresponsible to treat positions that are not supported by evidence as if they are equally deserving of acceptance as beliefs that are supported by evidence. Legislation of this type presents tribalism and various forms of pernicious cognitive bias as adequate evidence for belief.

Furthermore, opponents argue, the passage of these bills is nothing more than political grandstanding—attempts to solve non-existent problems. The United States Constitution already protects the religious liberty of students. Additional legislation is not necessary.

Education, in part, is the creation of responsible, productive, autonomous citizens. What’s more, the issues at stake are crucially important. Denying the existence of anthropogenic climate change has powerful, and even deadly, consequences for millions of current living beings, as well as future generations of beings. Our best hope is to create citizens who are well-informed on this issue and who are therefore in a good position to mitigate the effects and to construct meaningful climate policy in the future. This will be impossible if future generations are essentially climate illiterate.