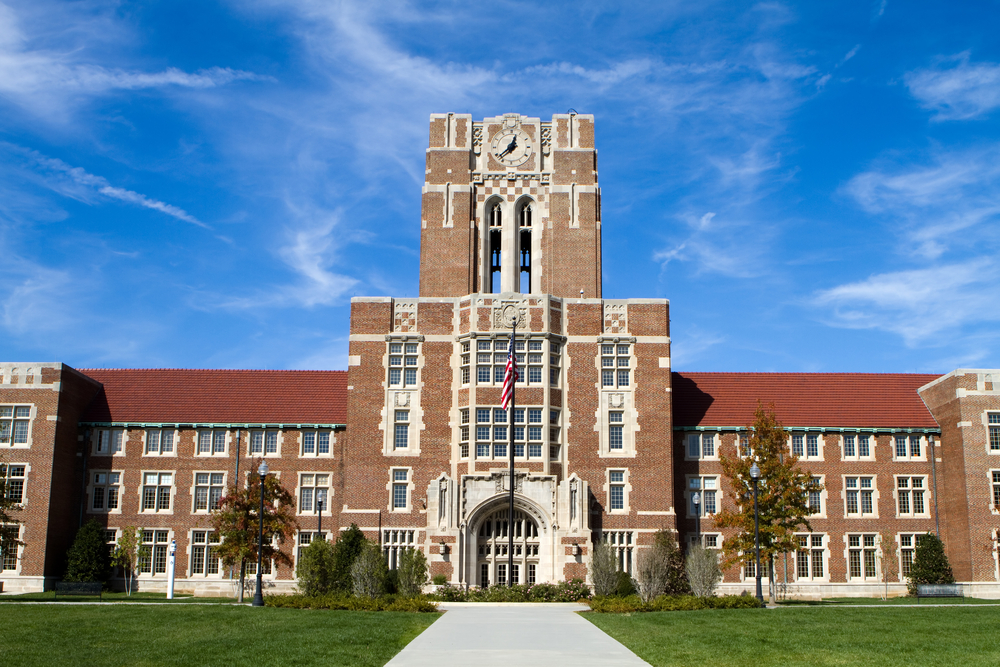 “University of Tennessee Hill” by sframe (via depositphotos)

Pete Buttigieg recently caused a stir by arguing students from wealthy families should not benefit from any scheme that makes public college tuition free. This distinguishes his position on free college tuition from that of Bernie Sanders and Elizabeth Warren, both of whom have plans that would extend the benefit of free tuition to all students, regardless of the amount of money their family makes. Buttigieg motivates his view by appealing to an idea of fairness. How is it fair, he asks, that middle and lower-class families pay for the children of rich families to go to school? (Hillary Clinton expressed the same sentiment in 2016.) However, Sanders and Warren also motivate their plans by appealing to fairness. Sanders has argued since his 2016 presidential run that it is essential to each person’s ability to secure their future livelihood should not be hostage to how much money their family makes. With mutually incompatible plans each apparently appealing to the same moral concept, what can we make of the respective arguments?

Buttigieg’s plan is to offer free tuition to both two and four-year public institutions of higher education to those students whose family income is less than $100,000. Buttigieg argues that Sanders’ and Warren’s plans are not properly targeted at those who most need assistance and would moreover be wasteful due to paying for the education of students whose families could afford to pay for it. The sense of what is fair here is something like, “from each according to their ability, to each according to their need.” Wealthy families have the ability both to subsidize other families’ education while also paying for their own education. Less wealthy families need more assistance securing the resources to pay for their education. On Twitter, Alexandra Ocasio-Cortez criticized Buttgieg’s plan for misconstruing what sort of good a college education is. She argued “Everyone contributes & everyone enjoys. We don’t ban the rich from public schools, firefighters, or libraries bc [sic] they are public goods.” The sense of what is fair here is something like, “you pays your money you takes your choice.” Everyone who pays into a fund secures the right to draw on that fund for themselves if they decide to do so.

But what does it mean for something to be a public good? One way of explaining this is via the idea of so-called “neighborhood effects.” This term is used in economics to describe situations in which there is a forced exchange between parties. The typical example is that of an upstream polluter. If an individual or institution dumps materials into the water that make it undrinkable or otherwise inconvenient for people downstream to use those people are forced to accept the sullied water. This is true even if the upstream polluter offers to compensate the downstream people: they are forced between having dirty water and no compensation, or dirty water and compensation. But this is not a real choice. In the case of education (of at least the K -12 type) something similar happens. When a person is educated everyone else in society receives a benefit without bearing any costs. Educated people are better neighbors, workers, and fellow citizens. In this situation the educated person is forced into an exchange: educate themselves at their own cost (of time and resources) and benefit everyone else or don’t educate themselves at their own cost (of future benefit and improved quality of life). But this is not a real choice. Because each individual’s actions automatically affect the quality of the air and water supply of each other person (within a given area) air and water supplies are public goods. Likewise because each person automatically benefits from each other person receiving at least basic education, basic education is a public good.

In the case of neighborhood effects, even libertarian thinkers like Milton Friedman have argued for the acceptability of government administration and intervention. For education this takes the form of the government securing funds to create public schools by way of taxes or fees. This is how public K – 12 education is universally provided to children in the United States. Moreover Buttigieg agrees with this principle for K – 12 education. So why doesn’t he extend this principle to college education? Again, in line with the thinking of people like Friedman, Buttigieg thinks of college education as mostly beneficial to the educated people themselves, rather than society at-large. Because it benefits them personally, he reasons, it is appropriate for them to bear at least part of the cost which they can then repay by way of their increased post-graduation earnings. Moreover Buttigieg argues that a college education is not necessary for everyone, whereas K – 12 education is. To boot the people who choose to go to college, according to Buttigieg, are largely those from wealthier households anyway. He says, “Americans who have a college degree earn more than Americans who don’t. As a progressive, I have a hard time getting my head around the idea of a majority who earn less because they didn’t go to college subsidizing a minority who earn more because they did.” Hence he sees entering college is a form of risk that a person chooses to take, betting that their future earnings will make the risk worthwhile. However, society at-large ought not be forced to subsidize the risks of individuals if those risks will only pay off for the individuals themselves, rather than the whole of society.

What of Ocasio-Cortez’ critique, then? Is she wrong to draw an analogy between public services like firefighting and college education? The answer lies in how her claim that, “everyone contributes and everyone enjoys” is interpreted. In the case of a true public good the benefit everyone enjoys is a sort of generic, blanket benefit. If the mansion and estate grounds of a wealthy family catch fire, the fire could spread to the homes of the other citizens or at the very least pollute the air in the area with smoke. This is a neighborhood effect, which provides a basis for making everyone pay into funds to provide universal firefighting services. As she says, each person benefits from the provision of these services to every other individual. Likewise with K – 12 education: each person benefits from every other person gaining basic literacy, numeracy, and civics knowledge. The question, then, is whether each person benefits from every other person gaining advanced skills in literary analysis, theoretical physics, philosophy, psychology, and host of other disciplines college students can pursue. To understand Buttigieg’s “No” is to see the benefits stemming from college education as specific, non-blanket benefits that accrue primarily to each individual who chooses to partake rather than a generic, blanket benefit.