Some Ethical Problems with Footnotes 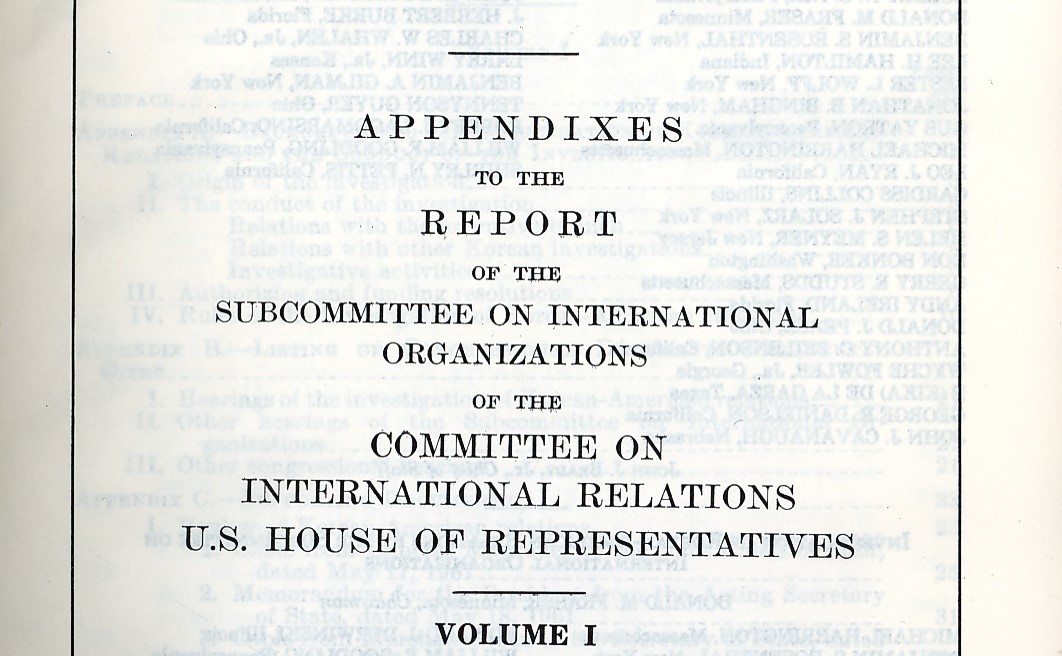 I start this article with a frank confession: I love footnotes; I do not like endnotes.
Grammatical quarrels over the importance of the Oxford comma, the propriety of the singular “they,” and whether or not sentences can rightly end with a preposition have all, in their own ways and for their own reasons, broken out of the ivory tower. However, the question of whether a piece of writing is better served with footnotes (at the bottom of each page) or endnotes (collected at the end of the document) is a dispute which, for now, remains distinctly scholastic.1 Although, as a matter of personal preference, I am selfishly partial to footnotes, I must admit – and will hereafter argue – that, in some situations, endnotes can be the most ethical option for accomplishing a writer’s goal; in others, eliminating the note entirely is the best option.
As Elisabeth Camp explains in a TED Talk from 2017, just like a variety of rhetorical functions in normal speech, footnotes typically do four things for a text:

For each of these functions (though, arguably less so for the matter of citation), the appositive commentary is most accessible when directly available on the same page as the sentence to which it is attached; requiring a reader to turn multiple pages (rather than simply flicking their eyes to the bottom of the current page) to find the note erects a barrier that, in all likelihood, leads to many endnotes going unread. As such, one might argue that if notes are to be used, then they should be easily usable and, in this regard, footnotes are better than endnotes.
However, this assumes something important about how an audience is accessing a piece of writing: as Nick Byrd has pointed out, readers who rely on text-to-speech software are often presented with an unusual barrier precisely because of footnotes when their computer program fails to distinguish between text in the main body of the essay versus text elsewhere. Imagine trying to read this page from top to bottom with no attention to whether some portions are notes or not: 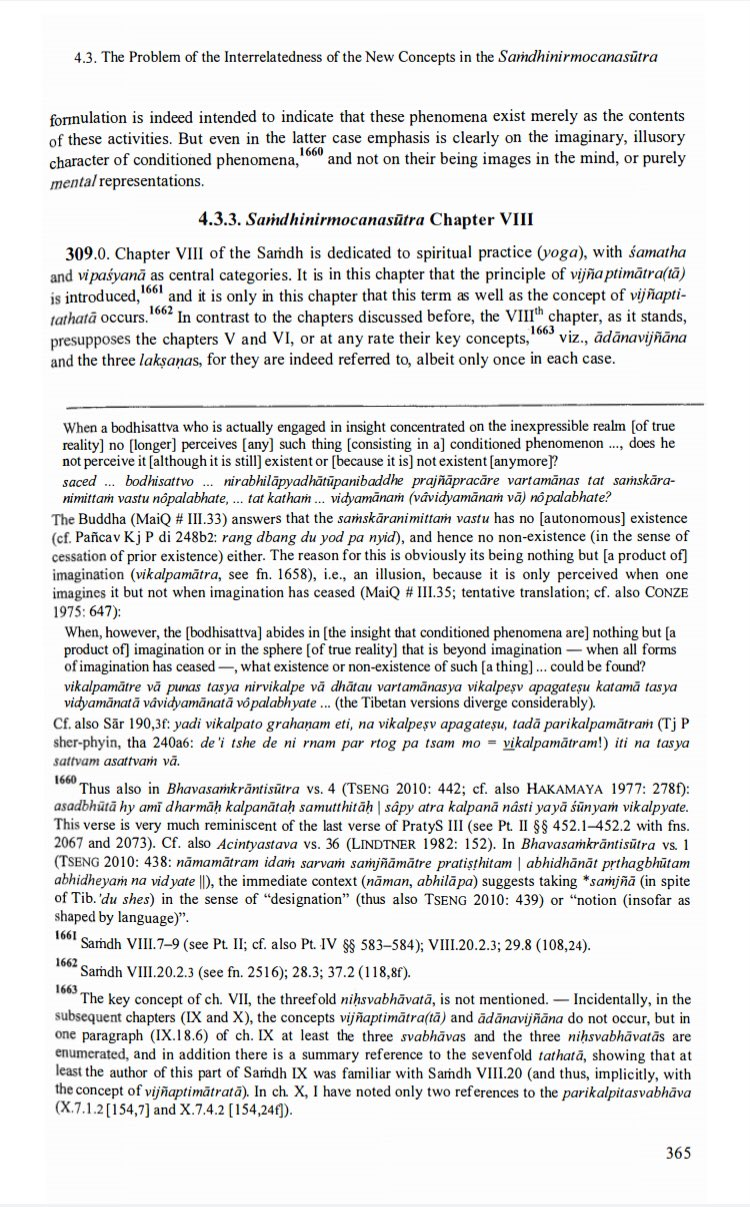 (From The Genesis of Yogācāra-Vijñānavāda: Responses and Reflections by Lambert Schmithausen; thanks to Bryce Huebner for the example)
Although Microsoft Office has available features for managing the flow of its screen reader program for Word document files, the fact that many (if not most) articles and books are available primarily in .pdf or .epub formats means that, for many, heavily footnoted texts are extremely difficult to read.
Given this, two solutions seem clear:

And, given that (1) is far easier said than done, (2) may be the most ethical option in the short term, given concerns about accessibility.
Technically, though, there is at least one more option immediately implementable:
3. Reduce (or functionally eliminate) current academic notation practices altogether.
While it may be true that authors like Vladimir Nabokov, David Foster Wallace, Susanna Clarke, and Mark Z. Danielewski (among plenty of others) have used footnotes to great storytelling effect in their fiction, the genre of the academic text is something quite different. Far less concerned with “world-building” or “scene-setting,” an academic book or article, in general, presents a sustained argument about, or consideration of, a focused topic – something that, arguably, is not well-served by interruptive notation practices, however clever or interesting they might be. Recalling three of Camp’s four notational uses mentioned above, if an author wishes to provide supplementation, evaluation, or extension of the material discussed in a text, then that may either need to be incorporated into the body of the text proper or reserved for a separate text entirely.
Consider the note attached to the first paragraph of this very article – though the information it contains is interesting (and, arguably, important for the main argument of this essay), it could potentially be either deleted or incorporated into the source paragraph without much difficulty. Although this might reduce the “augmentative beauty” of the wry textual aside, it could (outside of unusual situations such as this one where a footnote functions as a recursive demonstration of its source essay’s thesis) make for more streamlined pieces of writing.
But what of Camp’s first function for footnotes: citation? Certainly, giving credit fairly for ideas found elsewhere is a crucial element of honest academic writing, but footnotes are not required to accomplish this, as anyone familiar with parenthetical citations can attest (nor, indeed, are endnotes necessary either). Consider the caption to the above image of a heavily footnoted academic text (as of page 365, the author is already up to note 1663); anyone interested in the source material (both objectively about the text itself and subjectively regarding how I, personally, learned of it) can discover this information without recourse to a foot- or endnote. And though this is a crude example (buttressed by the facility of hypertext links), it is far from an unusual one.
Moreover, introducing constraints on our citation practices might well serve to limit certain unusual abuses that can occur within the system of academic publishing as it stands. For one, concerns about intellectual grandstanding already abound in academia; packed reference lists are one way that this manifests. As Camp describes in her presentation,

“Citations also accumulate authority; they bring authority to the author. They say ‘Hey! Look at me! I know who to cite! I know the right people to pay attention to; that means I’m an authority – you should listen to what I have to say.’…Once you’ve established that you are in the cognoscenti – that you belong, that you have the authority to speak by doing a lot of citation – that, then, puts you in a position to use that in interesting kinds of ways.”

Rather than using citations simply to give credit where it is due, researchers can sometimes cite sources to gain intellectual “street cred” (“library-aisle cred”?) for themselves – a practice particularly easy in the age of the online database and particularly well-served by footnotes which, even if left unread, will still lend an impressive air to a text whose pages are packed with them. And, given that so-called bibliometric data (which tracks how and how frequently a researcher’s work is cited) is becoming ever-more important for early-career academics, “doing a lot of citation” can also increasingly mean simply citing oneself or one’s peers.
Perhaps the most problematic element of citation abuse, however, stems from the combination of easily-accessed digital databases with lax (or over-taxed) researchers; as Ole Bjørn Rekdal has demonstrated, the spread of “academic urban legends” – such as the false belief that spinach is a good source of iron or that sheep are anatomically incapable of swimming – often come as a result of errors that are spread through the literature, and then through society, without researchers double-checking their sources. Much like a game of telephone, sloppy citation practices allow mistakes to survive within an institutionally-approved environment that is, in theory, designed to squash them. And while sustaining silly stories about farm animals is one thing, when errors are spread unchecked in a way that ultimately influences demonstrably harmful policies – as in the case of a 101-word paragraph cited hundreds of times since its publication in a 1979 issue of the New England Journal of Medicine which (in part) laid the groundwork for today’s opioid abuse crisis – the ethics of citations become sharply important.
All of this is to say: our general love for academic notational practices, and my personal affinity for footnotes, are not neutral positions and deserve to be, themselves, analyzed. In matters both epistemic and ethical, those who care about the accessibility and the accuracy of a text would do well to consider what role that text’s notes are playing – regardless of their location on a given page.

1  Although there have been a few articles written in recent years about the value of notes in general, the consistent point of each has been to lament a perceived downturn amongst the general attitude regarding public disinformation (with the thought that notes of some kind could help to combat this). None seem to specifically address the need for a particular location of notes within a text.