Marieke Vervoort and Deciding How to Die 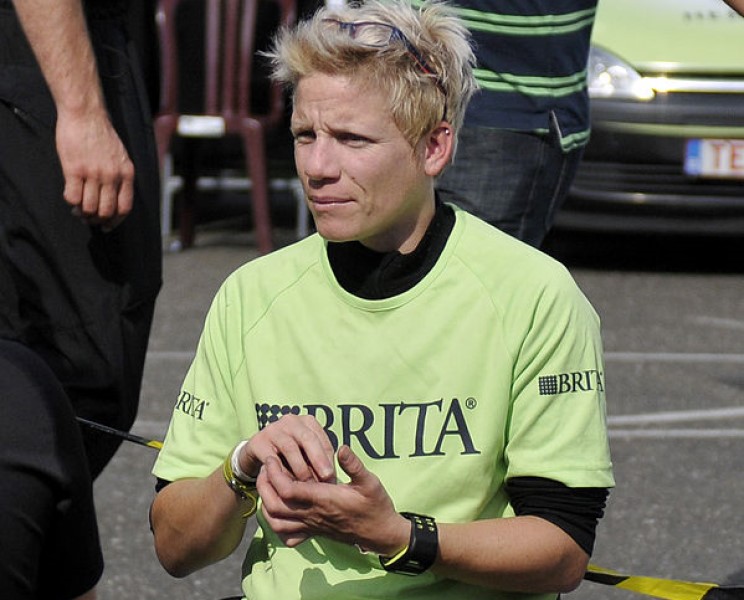 On Tuesday, October 22nd, Belgian Paralympian Marieke Vervoort ended her life. She had signed papers eleven years prior gaining authorization to decide when to end her life, as medical aid in dying is legal in Belgium. Vervoot had a degenerative spinal disease that caused intense pain and interfered with her ability to sleep, sometimes limiting her rest to minutes a night. She won multiple Olympic medals for wheelchair racing: gold and silver medals at the 2012 London Olympics, and more in Rio de Janeiro. In interviews she explained how participating in sports kept her alive, and how the intensity of her pain could at times make those around her pass out.

Vervoot expressed that without the authorization papers she obtained over a decade ago, she would have chosen to die sooner. “I’m really scared, but those papers give me a lot of peace of mind because I know when it’s enough for me, I have those papers,” she said. “If I didn’t have those papers, I think I’d have done suicide already. I think there will be fewer suicides when every country has the law of euthanasia. … I hope everybody sees that this is not murder, but it makes people live longer.” Vervoot’s statement suggests that allowing people to make their own determinations regarding ending their lives is actually a way of valuing life – not only out of respecting their autonomy (their ability to make choices regarding their own life paths), but also offering encouragement and protection.

This attitude towards aid in dying is consistent with cases in the US, though there are important distinctions in the law between Belgium and the states where physician aid in dying is legal. The US requires a person to have a terminal illness, assessed by two diagnosing physicians, in order to be considered a candidate for aid in dying. However, the trend of patients going through the process of seeking aid in dying, but ultimately looking for something more complex than to die immediately bears true: a full one-third of the patients in Oregon and California do not end up taking the prescribed medication after going through the procedures of procuring aid in dying. This tendency is attributed to the importance of having control over the manner in which you die, for which having the option (rather than following through) is sufficient.

In California and Oregon, “pain” does not make the top three reasons that a patient reports seeking aid in dying; “autonomy” typically tops the list. As for people in all stages and conditions of life, having control over the narrative and shape of one’s life is critically important. One of the principal harms of illness is that it can take so much of this control away from a person.

It has been twenty years since Oregon adopted its Death with Dignity Act, and now most Americans support physician aid in dying. The characterization of these policies, now passed in nine states (plus DC), as “deciding how to die” plays a significant role in the public discussion. But this support is only currently available for patients who are terminal, not patients like Vervoot.

The difference between cases like Vervoot’s and cases that are legal in the US is the presence of a terminal diagnosis. This constraint restricts aid in dying from being available to those patients with dementia or with other degenerative conditions, like Vervoot or actor/comedian Robin Williams.

There are a cluster of cases that raise worries about broadening aid in dying policies to include patients beyond those with terminal diagnoses. Cases where individuals are not getting sufficient treatment, and therefore they may have a reasonable chance at a good or worthwhile life (by their own standards). And yet, the healthcare system’s not providing such options cause justifiable concern among disadvantaged groups. In such cases, a patient may opt to end their life due to injustices present in the healthcare system rather than an objective terminal diagnosis.

It is telling that the policies in the US are promoted by groups with names like “Death with Dignity”; the effects of illness on terminal patients’ lives are the focus of the discussion, empowering patients to make decisions about the end of their lives in the face of degenerating conditions and abilities. However, the very conditions said to be threatening patients’ “dignity” can be the very same conditions that differently abled individuals live with every day. For this reason, some disability rights advocates find some aid in dying discourse demeaning for people that judge their lives to be meaningful and fulfilling while also living with conditions that require significant interdependence and care: “Some right-to-die activists have written about assisted dying as an antidote for indignity that occurs at the end of life, such as needing help to dress or use the bathroom. If you’re a person with functional limitations, that’s a real slap in the face,” says Carol Gill, PhD, APA working group member and professor of disability and human development at the University of Illinois at Chicago. The stigma of living a dependent life alters doctors’ and patients’ assessments of the quality of life, and so rather than providing resources to reduce the burden of the “debilitating” conditions, physicians sometimes offer aid in ending life: “There are no assisted-dying laws that guarantee those resources, and that feels discriminatory to a lot of people with disabilities,” she says.

Practical considerations must inform the moral ones in cases like these, and the reality of healthcare disparities in the US make the question of physician aid in dying worrying for many. If patients are more likely to seek aid in dying because their health needs are not being met, this presents a real justice concern because health care resources are not being distributed equitably or anywhere near sufficiently. These factors for choosing aid in dying will weigh more heavily for disadvantaged groups, and facing the decision to hasten death could be less of an empowering narrative than the one Vervoot tells (she said it gave her control and put “my own life in my hands”). These concerns regarding vulnerable populations and the value-laden judgments regarding which lives are worth living even count against the policies allowing aid in dying that the US has passed.

There are a variety of conditions that could interfere with someone’s ability to live what they deem to be a worthwhile life. Both psychological and physical conditions can bring about such states, and terminal and non-terminal conditions may meet this standard. The relevant distinction may turn on whether reasonable hope of treatment exists or not. As we have seen, there are a number of practical difficulties to determining which cases fit into which category, especially given the inadequate care currently on offer and the unjust distribution across vulnerable populations.