Is the “Preventing Animal Cruelty and Torture Act” a Step in the Right Direction? 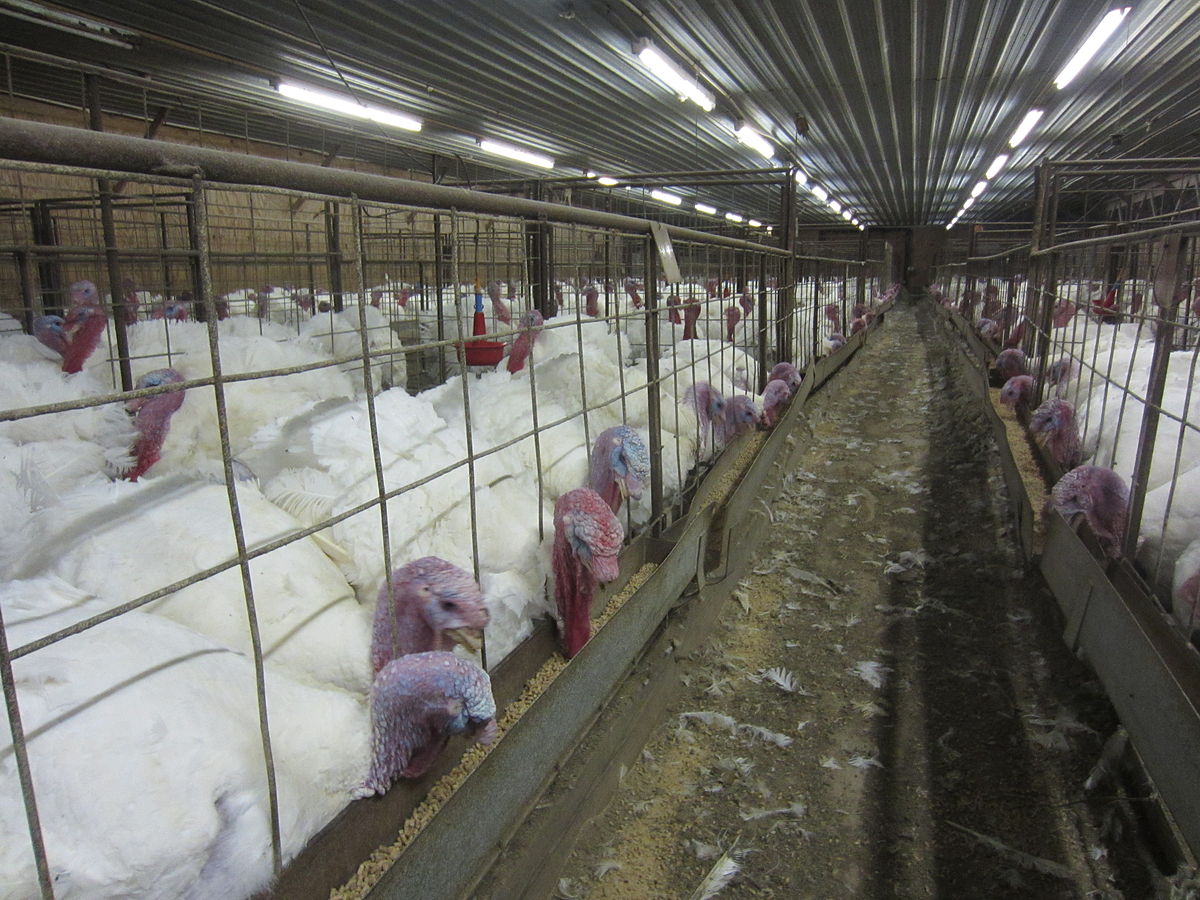 “Overcrowding of Turkeys …” by Mercy for Animals is licensed under CC BY 2.0 (via Wikimedia Commons

On October 22nd, Congress unanimously passed the “Preventing Animal Cruelty and Torture Act.” The law makes certain acts of cruelty against animals federal crimes. Before the federal law was passed, legislation protecting animals was largely a matter reserved for state legislatures. The law was met with praise from both private citizens and animal welfare organizations like the American Society for the Prevention of Cruelty to Animals (ASPCA).

The scope of the law is one of its most noteworthy positive features. Many animal welfare laws arbitrarily restrict protections to only certain species of animals—often companion animals or animals that human beings tend to find cute or pleasant. Bucking that trend, this bill includes, “non-human mammals, birds, reptiles or amphibians.” Specifically, the law prohibits the “crushing” of animals, where “crushing” is defined as “conduct in which one or more living non-human mammal, bird, reptile, or amphibian is purposely crushed, burned, drowned, suffocated, impaled, or otherwise subjected to serious bodily injury.”

While the law is laudable when it comes to the range of animals it protects, it is arbitrary in other ways. The protection the law provides is subject to noteworthy exemptions. The following conduct is exempt from protection: conduct that is, “a customary and normal veterinary, agricultural husbandry, or other animal management practice,” “the slaughter of animals for food,” “hunting, trapping, fishing, a sporting activity not otherwise prohibited by Federal law, predator control, or pest control,” action taken for the purpose of “medical or scientific research,” conduct that is “necessary to protect the life or property of a person,” and conduct “performed as part of euthanizing an animal.”

On its face, the law seems like a step in the right direction. The exemptions, however, should motivate reflection on the question of what a commitment to the prevention of animal cruelty actually looks like. Exemptions to a law can be useful when there are compelling moral reasons for them. In this case, however, the exemptions highlight the inconsistency in societal attitudes about just how wrong it is to be cruel to animals. It looks as if all the law really prevents is the callous, perhaps even psychopathic, infliction of pain on animals by private individuals. This isn’t where the majority of animal abuse and cruelty takes place.

Consider the first exemption, allowing for animal cruelty in the case of “a customary and normal veterinary, agricultural husbandry, or other animal management practice.” This exemption covers a tremendous number of interactions that occur between humans and animals. What’s more, there doesn’t seem to be any obvious moral justification for the exemption. If animal cruelty is bad, why would cruelty for the purposes of “animal management” be any less bad? This exemption also constitutes a fallacious appeal to common practice. The fact that a given practice is a “customary” part of animal management practices does not mean that the practice isn’t cruel.

The slaughter of animals for food is a particularly interesting case. One might think that this exemption is morally justified. After all, we must balance the interests of animals against the very real need that human beings have for sustenance. The legislators in this case felt that this balancing act ultimately favored the needs of human beings. There are a number of problems with this argument. First of all, it assumes that the harms we are justified in causing to other creatures can ultimately be justified by human need. That assumption may not be morally defensible. Second, human beings do not need to consume animal flesh in order to satisfy their nutritional needs. We continue to consume animals, in a way that is, ultimately, unsustainable, because human beings like the taste of animal flesh. Even if the question of how we ought to treat animals must be resolved using a balancing act, it doesn’t seem like a justification that is based purely on taste preferences could ever be sufficient to come out ahead in the balance. What’s more, even if such considerations could come out ahead, factory farms currently engage in cruel practices simply to maximize the volume of their “product,” and, as a result, the size of their profits. For example, chickens are kept under conditions in which they don’t have the space to fully spread their wings. To prevent them from cannibalizing one another under these stressful conditions, chickens are often “debeaked.” This cruelty could be avoided if these farms simply raised fewer chickens. The Preventing Animal Cruelty and Torture Act does nothing to address this cruelty—it actually provides exemptions for it.

Finally, the passage of this act may provide many people with the false impression that the government is protecting animals in a real, thoroughgoing way. Many people probably believe that cruelty to animals is strictly regulated and enforced by the government. After all, how could the vicious treatment of a living being not be against the law. Before this law passed, there were two pieces of federal legislation offering limited protections to animals. First is the Animal Welfare Act, passed in 1966. The Act nominally provides for the humane treatment of animals, and its mere existence may make citizens feel at ease with the protections afforded. The Act does ensure that animals in certain contexts, are provided with “adequate housing, sanitation, nutrition, water and veterinary care.” They must also be protected against extreme temperature. However, this law contains significant exemptions as well, of the same variety as those provided in the Act passed this year. The second bit of legislation is The Humane Methods of Slaughter Act, passed in 1958 and revised in 1978. This Act only protects certain animals from being killed in particular kinds of inhumane ways. It does not prohibit cruelty full stop. The bottom line is that animals are not protected from cruelty by federal legislation. Despite the pleasant-sounding name of the “Preventing Animal Cruelty and Torture Act,” the Act fails to provide protections where animals need them the most. It’s unfortunate that sometimes psychopaths and future serial killers kill animals for kicks, and that should certainly be against the law. At the end of the day, though, the real problems that we face have to do with our attitudes about animals and with the institutions that we’re willing to go to great lengths to protect.