Freedom of Speech and Sexist Tweets 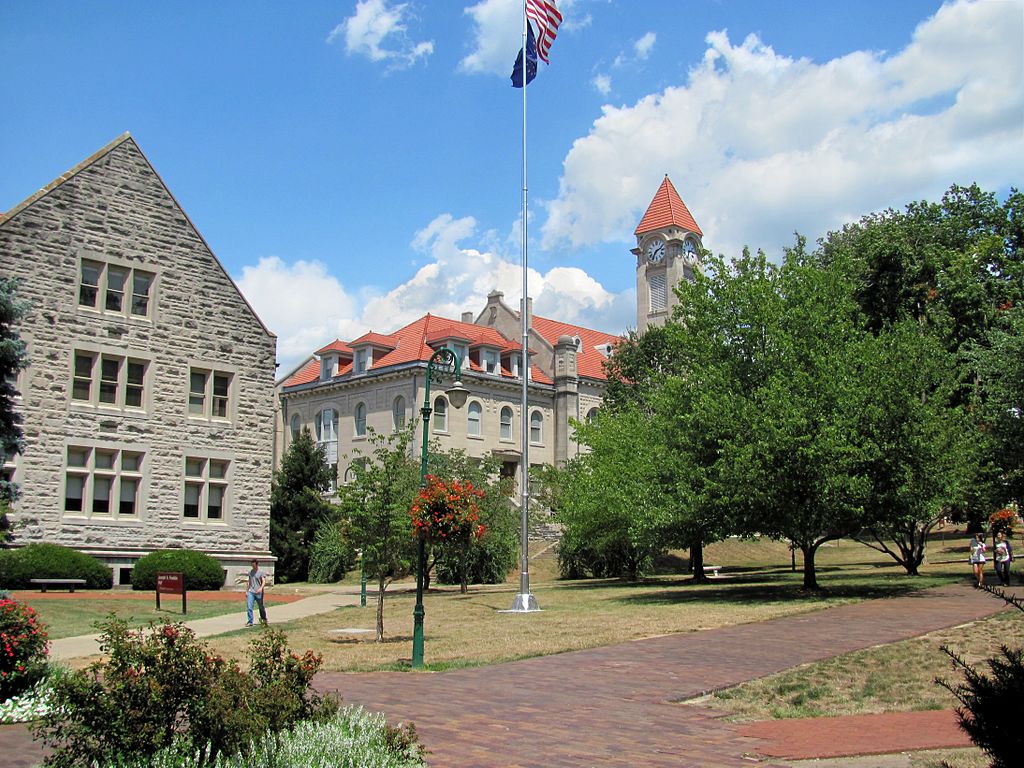 “Indiana University Bloomington” by MARELBU is licensed under CC BY 3.0 (via Wikimedia Commons)

On November 7th, 2019, Indiana University Bloomington economics professor Eric Rasmusen tweeted a link to an article titled, “Are Women Destroying Academia? Probably.” In his tweet, Rasmusen pulled out one quote in particular as worthy of special emphasis, “geniuses are overwhelmingly male because they combine outlier high IQ with moderately low Agreeableness and moderately low Conscientiousness.” Among other things, the article claims that 1) the inclusion of women as students in universities has led to the deterioration of rigor in those institutions because emotion has replaced the cold, unemotional evaluation of facts and arguments, 2) women are highly prone to “Neuroticism,” precluding them from logical thought, 3) the presence of women in academia reduces the production of the “genius type,” a type which is overwhelmingly male, and 4) female academics are too high in agreeableness but low in I.Q. to adequately nurture the mind of the male genius. Thus, the article claims, the inclusion of females in academia both as students and as professors, is harmful to male education and has a chilling effect on the number of geniuses produced by universities.

This isn’t the first time that this professor has made headlines for his tweets. In 2003, Rasmusen came under fire for his comments on the fitness of male homosexuals to serve as teachers. In a response to this ongoing controversy, he re-affirms that position,

“I am on record as saying that homosexuals should not teach grade and high school. I don’t think they should be Catholic priests or Boy Scout leaders either. Back in that kerfuffle when I was widely attacked for saying that, I was careful to say that academia was different. Professors prey on students too, so there is a danger, but the students are older and better able to protect themselves, and there is more reason to accept the risk of a brilliant but immoral teacher.”

In response to the most recent tweet, people immediately began to call on the university to terminate Rasmusen’s employment. Lauren Robel, Executive Vice President and Provost of Indiana University Bloomington issued a statement condemning Rasmusen’s actions as “stunningly ignorant, more consistent with someone who lived in the 18th century than the 21st.” She also makes it perfectly clear that the university cannot fire Rasmusen for his comments because the First Amendment protects them.

The university did take some corrective action in response to Rasmusen’s behavior. In her statement, Robel provided the details of the steps the university is taking. First, no class offered by Rasmusen will be mandatory. In this way, students can avoid taking classes from him entirely. Second, grading of students in Rasmusen’s classes will be blind to avoid the bias that might be present. This means that assignments will be set up in such a way that Rasmusen will not know which student’s paper he is grading when he is grading it. If the nature of certain assignments is such that they cannot be graded in this way, a different faculty member will grade those assignments. With these measures in place, students can avoid any potential bias that they might expect from someone who has expressed the kinds of ideas that Rasmusen has expressed.

The public response to the incident involves some confusion about why exactly it is that Rasmusen can’t be fired. Some people view this incident as an indictment of the tenure system. It is not Rasmusen’s tenured status that makes it the case that he can’t be fired over this issue. Indiana University Bloomington is a public, state institution, funded by taxpayer dollars. As such, they cannot fire a professor for the content of the speech he or she engages in as a private citizen, and on his twitter account, Rasmusen was speaking as a private citizen.

Legal protections aside, there are compelling moral reasons that speak in favor of this position. It is valuable, both as a matter of personal liberty and for the good of society, for ideas to be expressed and evaluated. It is important to the aims of democracy that people can speak truth to power. In some cases, the speech involved will be very ugly, but the general practice is so important that we must be committed to it come what may. Punishing speech on the basis of content may seem to make good sense under certain conditions, but good, well-intentioned people don’t always have the final say in what “makes good sense.” To protect our basic liberties, we might sometimes have to be content with procedural justice, even when it seems to fly in the face of substantive justice.

Even if Rasmusen were not speaking as a private citizen, it is possible that his claims should still be protected because of the value of academic freedom. Courts have consistently ruled that academic speech—speech related to teaching and scholarship—is deserving of special protections. There are compelling moral reasons for this position as well. The practice of putting forward ideas that are then critically evaluated by peers is essential to the pursuit of truth and justice. When only the dominant view can be expressed without consequences, that dominant view becomes dogma. Its adherents believe it, not as the result of patient and diligent investigation, but because they would be punished for pursuing alternatives.

On the other hand, there are some real moral costs associated with keeping Rasmusen on the faculty. He seems to be sympathetic to the idea that the presence of women diminishes the quality of a college education. In light of this, it would probably be rather difficult to feel comfortable as a female student in Rasmusen’s classes. His female colleagues are also likely to find the climate he has created very unpleasant. In addition, to treat the ideas expressed by Rasmusen as if they are just as likely to be true as any other competing idea ignores the fact that we have made significant progress on these issues in recent decades. It encourages the conclusion that there is no such thing as a settled moral issue. The crusade for women’s rights was predicated on the idea that, to borrow a phrase from Jean Paul Sartre, “existence precedes essence.” The attitudes that other people have about a woman’s “function,” shouldn’t construct limitations on who she can become. Autonomy is generally viewed as tremendously valuable, in part because of the role that it plays in self-creation. When views like Rasmusen’s are treated as if they are deserving of protection, the result is discouraging (to say the least) for women, particularly young college women who are just beginning to craft their own lives.

Finally, there is the issue of moral character. Rasmusen’s behavior on social media demonstrates either a misunderstanding of or disrespect for the role that he plays as an educator. The article focuses on the role that universities play in creating “geniuses.” Geniuses are rare, and genius isn’t obviously valuable for its own sake, its value depends on how it is used. This isn’t even close to the primary role of a public university. The role of a professor at such a university is to assist in developing a well-rounded, educated citizenry. Ideally, professors should be preparing students to live productive and meaningful lives. Good teaching requires empathy for students, and a genuine desire to understand the conditions under which they are apt to learn. Professors should remember that they are public figures. This means that before posting on social media, professors should reflect on the question of whether what they are posting will contribute to a negative classroom environment that might make it more difficult for certain students to learn.

Morality is a social enterprise, and young people look to adults in positions of authority to determine how they ought to behave. It may seem unfair that public figures carry more of a burden than others to conduct themselves reasonably and with dignity on social media platforms. Ideally, a person who has achieved a certain high level of influence values virtue and has worked hard to develop a strong moral character. People who care about character are the kinds of people who deserve to be in these positions in the first place. On social media and elsewhere, public figures should think carefully about the implications of their messages.