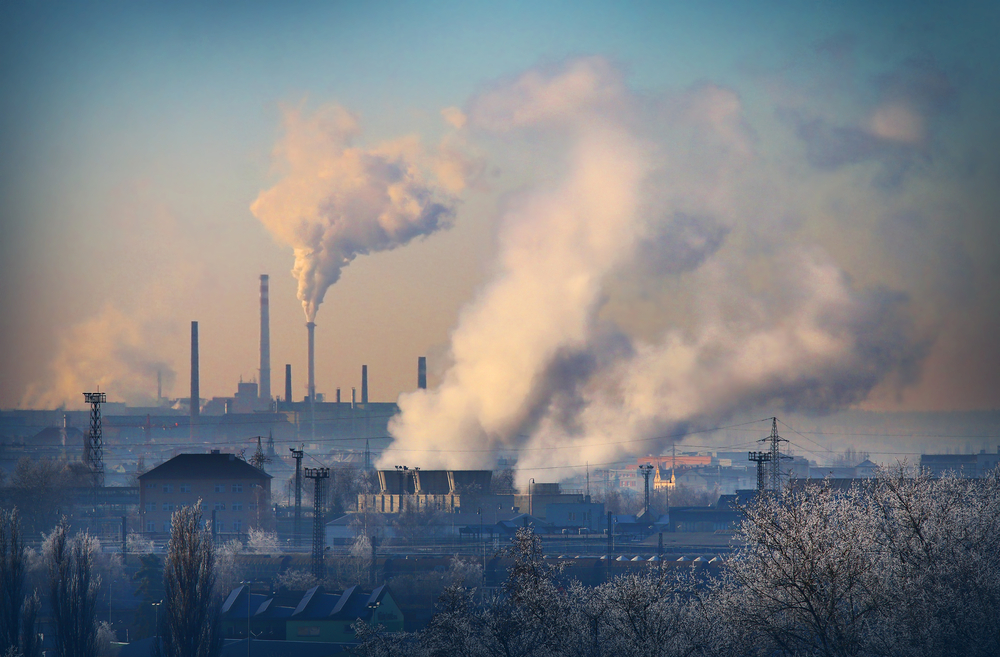 “Smoking stack from lignite combined” by vladvitek (via depositphotos)

Now that the effects of global heating are happening and ecological collapse has begun, we are confronted with a set of urgent questions about justice and moral responsibility in responding to our climate emergency. Climate heating is of course a global problem – and one that is already disproportionately affecting the world’s poorest and most disadvantaged people. It is also a problem caused by people in rich countries continuing the unfettered consumption of resources and the failure of our governments to create policies and laws to curb this consumption, to safeguard the environment, and to transition to green economies through the decades of warnings leading up to this crisis.

The moral question of whether we must act is surely answered in the affirmative, and yet a set of questions remain about how to understand that imperative in relation to the issues surrounding disproportionate greenhouse gas outputs of developed, industrialized countries compared to the minuscule contribution of many smaller or less industrialized countries, who are often those experiencing the worst effects.

This is important because the way we understand our responsibilities has the potential to influence how solutions are pitched to the public and how policy might be implemented. Some of the arguments traditionally used to ground the moral duty of people in affluent countries giving money to the poor of the Global South are transferable, with little adjustment, to the area of climate policy.

Firstly, it is a common feature of normative moral systems that ethical ‘rules,’ ‘duties,’ or, more broadly, ethical actions are universalizable. That is, what is right for one person is right for all, and that when a rule prescribes that we act in a certain way towards one person, that is also a general rule, that we act in that way with respect to all persons.

In a globalized world, we often assume the moral community extends to all people. This ‘cosmopolitan’ argument maintains that the sphere of moral concern is global, that no individual falls outside of it. This means that where moral duties or requirements can be shown to exist, they would also extend to include people in different socioeconomic and geographical situations from our own.

Since the 1980’s Australian philosopher Peter Singer has been advocating for what he calls the expanded moral circle, using this basic idea to challenge some of our behaviors. In particular, Singer argues for the alleviation of poverty by those with the means to do so. Using his now famous drowning child example, Singer has argued that if we have a moral duty to save a drowning child who we might otherwise pass by, without sacrificing something of comparable moral value, then we have an equal duty to save a child dying from poverty-induced disease and malnutrition halfway across the world. The only difference is proximity and that, argues Singer, constitutes a logistical, not a moral, difference.

This is the expanding circle of moral concern — that our moral duty to alleviate suffering is as strong for children in far away places as it is for our own children or the children next door. On Singer’s view, it would be immoral to spend our disposable income on expensive clothes, toys, or games that we do not need when there are children elsewhere dying in poverty.

Singer’s argument is a version of the argument from humanity, which says that, no matter our relationship to that suffering, whether or not we in some way caused it, our moral duty to alleviate it inheres in the fact that we are able to help. That, without sacrificing something of comparable moral worth, we can send aid to the world’s poor means we have a duty to do so. This humanitarian argument has broad application: our moral duty exists regardless of the cause of the suffering.

There is a different kind of argument — a duty of justice — according to which we have a moral duty to help others in need only where, and to the extent that, our actions have caused their suffering. This is an argument from responsibility; the exploitation of the Global South has enriched those in the Global North, and the moral imperative for those in rich countries to alleviate poverty is derived from causal responsibility — we have a moral duty to provide redress in the form of reparations as a matter of justice.

This argument is narrower in scope. One only has a moral duty, here, according to the extent to which one has been responsible (directly or indirectly? knowingly or unknowingly?) for the suffering of others in far-flung places. But, on the other hand, this argument does embed the need to change our behavior in a way that the humanitarian argument does not.

It should be clear how this is directly transferable to the climate crisis. From a justice perspective, rich, industrialized nations have been burning fossil fuels to power their citizens’ lifestyles at such a rate that the whole global climate system is now tipping out of control. Those least responsible and least able to cope with the effects are already being disproportionately impacted. Therefore rich countries have a moral duty to alleviate the suffering of those in poor countries. (From a humanitarian perspective, rich countries have the capacity to alleviate the causes and provide aid, therefore the moral onus exists because the capacity exists.)

Whether we recognize a duty based in justice — because of “polluter pays” kinds of arguments — or on humanitarian grounds — we owe reparations on the basis of being most able to help — could make a significant difference when we start talking about managing aid and paying reparations to those affected by the climate crisis. It might, for instance, be possible to argue, along the lines of a duty from justice, for diminished responsibility based on the argument that no country meant to cause global heating and that those who have are not, or not entirely, culpable. This can be countered by reminding ourselves that there have been enough warnings, and claims about intentions are at best moot, and at worst false. What’s important to note is that these justice arguments rely upon the extent to which responsibility is admitted or can be established.

On the other hand, it might be at least as important to ask which is more likely to persuade people into action. Though for both these questions the best answer would surely be a combination of both, it is worth pursuing the implications of each a little further.

The question of which argument will be most persuasive might just seem like a pragmatic question, not necessarily a moral one. But it could easily be made to work as a moral argument, framed in terms of the moral imperative to get people to act, and act fast.

For example, Philosopher Holly Lawford-Smith argues that there are reasons to believe that people are more likely to be motivated to act by the justice argument. The humanitarian argument tracks a correlation between the existence of suffering and a moral duty to alleviate it. Everywhere there is suffering, there is also a duty to minimize it. But one might object that this is too morally demanding, and that some may not be willing to accept it. Lawford-Smith suggests this argument relates to people’s intuitions about moral omissions versus moral acts. Research shows that people are inclined to think of omissions as morally less serious than actions in scenarios where an action and an omission have the same outcome. (For example, people tend to think that killing someone through an act is morally worse than letting a person die because of an omission.)

On the other hand, according to the justice argument, the moral duty derives from culpability. The way people act and benefit from unjust institutions makes them culpable for creating the suffering in the first place. Lawford-Smith argues that people are more motivated to act if they feel that some behavior of theirs has caused the suffering. As such, she suggests that it may be more efficacious to argue from justice than from humanity to make a case to the public for why they are duty-bound to act (lobby, agitate, strike, vote, or whatever) on the climate emergency, and for appropriate aid and reparation schemes to achieve global climate justice. If the ultimate moral outcome here is, in fact, urgent action, then the moral and the pragmatic line up, and we must get on with the business of explaining to governments and citizens of rich, industrialized countries why they are, and will be, the cause of massive untold global suffering.

One final observation: at this crucial time, the need to motivate a critical mass of the world’s citizens to rise up and push for change is dire. This is the proverbial eleventh hour. If people cannot be motivated by the moral arguments for humanity or for justice, they may be motivated by arguments from self-interest — which are of course not moral arguments at all. In that case, one might point out this is already no longer a crisis affecting just other people in other places. If the climate emergency has not affected you yet, it soon will. If it does not affect you, it will affect your children. Moral arguments should work, because we are a moral, altruistic, and cooperative species, by and large. But if they don’t, let’s hope that existential self-interest ones will. Sadly, though, if only these kinds of reasons will persuade people to act, those people on the planet who are not in a position to cope with the crisis, will find neither humanity nor justice.