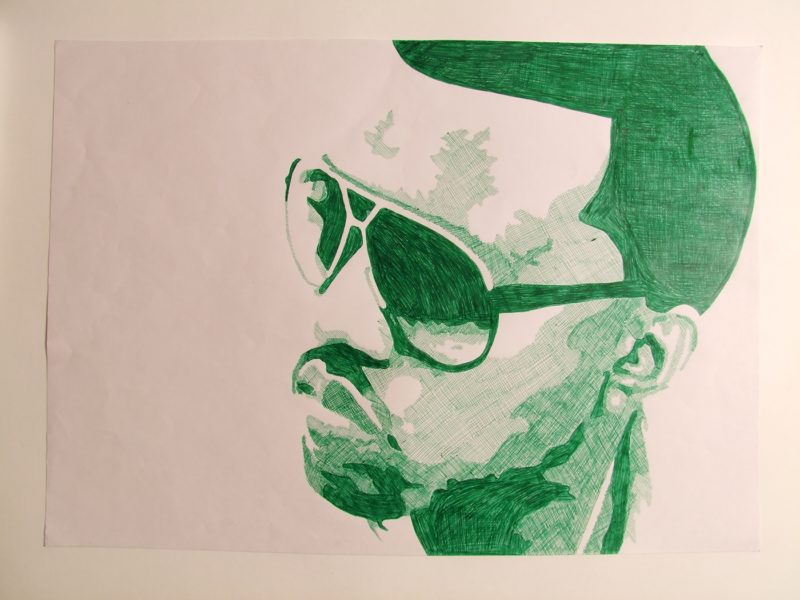 “Kanye West” by Raymond Gaisie is licensed under CC BY-NC-ND 4.0

Kanye West is arguably one of the most polarizing figures in the 21st century. The “Ultralight Beam” rapper has made headlines for the better part of two decades and continues to impact the entertainment industry. Whether that impact is positive or negative is up for debate. In the past few years, West has been amid both political and entertainment controversy, drawing support and criticism alike. In the wake of a series of disputes with fellow rappers Jay-Z and Drake, Yeezy pledged his support to controversial President Donald Trump, and in an interview with TMZ, he said that slavery was a choice. West’s words were a gut-wrenching blow to fans, especially to his black and brown fanbase. How could someone, who for so long rapped about black life say something that ludicrously diminished an institution whose implications still impact the country today went against it? The “All Falls Down” rapper had gone from saying former President Bush didn’t care about black people, to rapping about “the white man” getting paid from black consumerism, to aligning himself with a president who has been accused and found guilty of racist and misogynistic commentary. But lately, Yeezy seems to have found himself paving a road for redemption. If redemption is indeed the case, the question that lingers is: should people of color forgive Kanye?

Everyone says they “miss the old Kanye.” They miss the rapper who would rock pink polos, have a starry-eyed teddy bear on the cover of all of his early discography, and heavily incorporate gospel music and themes in his music. The self proclaimed “Christian in Christian Dior,” West’s gospel/hip-hop smashup hit “Jesus Walks” is believed to be one of the many that changed his career. But since then, people would say they miss the old Kanye so much so that he even made a song about it.

Now, such sentiment might not have as much agency as it once had. During October of 2018, after a long stretch of supporting Trump, West vowed that he was done with politics. The statement was surely a sigh of relief to POC hip-hop fans who couldn’t completely condemn West but didn’t agree with his comments on slavery and support of Trump.

Then, in early 2019, Yeezy gathered fellow A-list celebrities in an undisclosed location for what has been dubbed “Sunday Service.” In videos covering the event, Ye is shown standing with a choir dressed in all white, performing old hits such as “Jesus Walks,” and even what appears to be new music. The response to Sunday Service has been overwhelmingly positive, so much so that West brought the performance to Coachella.

Only a few months later, Yeezy brought a rendition of Sunday Service to comedian Dave Chapelle’s Gem City Shine benefit for the lives lost after a mass shooting in Dayton, Ohio.

Shortly afterward, Ye brought the performance to his hometown of Chicago, performing with fellow South Side native Chance the Rapper. Tickets for the free event were put up and all of them were claimed. In a video that has now gone viral, Yeezy is shown telling a security guard “Watch this. This is my city.” Ye then makes his way through the crowd, parting starstruck attendees in a way that unintentionally but understandably has drawn biblical references. It just so happens, too, that many people in the crowd, awestruck by Kanye, were black and brown.

It seems as if Kanye is doing what everyone has wanted–make music and gear it towards something that is positive that everyone can enjoy. With that said, one might think that the information presented answers the question of whether POC should forgive Kanye or not. But the question is should Kanye be forgiven, not do they. If the question was framed as the latter, there would be no point in evaluating Ye’s actions. The buzz and support surrounding Sunday Service indicates that many people have willingly overlooked Kanye’s past comments and allegiances. But if you look online, you can still find photos of him in a MAGA hat cocked to the side. You can still find photos and videos of him standing with Donald Trump and screenshots of the tweets supporting the President. Is this something that POC should overlook? To some, the MAGA hat is a symbol of bigotry and misogyny. Some wearers of the hat are often seen condemning diverse religions such as Islam and berating diverse sexualities such as homosexuality. While these actions affect all U.S citizens, many POC identify with these groups. Kanye has stopped talking politics, but does that mean he’s changed his beliefs as well? Does he still have that hat in his closet?  Who’s to say Ye doesn’t still secretly meet with Donald Trump and talk shop? Or he makes outlandish comments about the current state of society that would infuriate the public? If that was the case, should POC still accept what Ye has been doing?

On Instagram, Yeezy’s wife Kim Kardashian teased the tracklist for his new album “Jesus is King.” With Sunday Service in full effect and the public in Ye’s favor, the album seems as if it will be reminiscent of his past work but with something new–not quite the backpack rapper with the pink polo, and not quite the controversial artist that people both love and hate, but something in between. And maybe that’s the best way to answer whether or not Kanye should be forgiven. Some will say his past actions should be overlooked and others will say he should still be condemned. All that can be done now is to watch and see how the rest of his legacy unfolds.