MAGA, Morality, and the Paradox of Tolerance 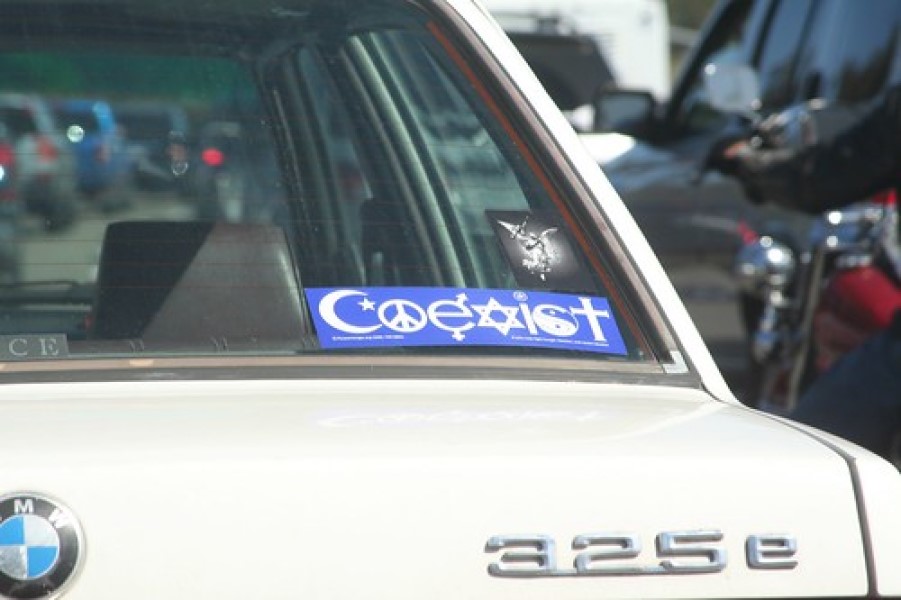 In the last week, three incidents across the country highlight the central tension in the structure of the principle of tolerance. A crucial aspect of liberal society — societies that aspire to allow for a plurality of perspectives on what constitutes a good life — is that these perspectives must respect one another’s right to pursue their different visions of a good life. For a society to permit many valid ways of living, some form of toleration of those different lives must be a basic principle. When one value system considers a good life to include a restriction (such as in diet, type of relationship, clothing, or career options), those who disagree can live without the restriction while still acknowledging the restriction within that group. If another value system prioritizes a certain sort of pursuit (such as ritual, career, relationship goals, etc.), value systems that disagree can passively allow them to get on with their valued pursuit and simply not join in. Liberal societies assume that many different views on such matters are reasonable (and inevitable), and the need for tolerance will naturally arise. However, some particular conflicts between value systems don’t allow for passive acknowledgement and coexistence.

There are two potential reasons for these limitations: first, one could claim from a purportedly objective perspective that a value system was unreasonable and therefore didn’t qualify for respect or tolerance (say, it caused undue harm to its members or was based on certain empirical understanding the consensus rejected). Second, and of particular relevance this past week, society could be concerned that the value systems of some threaten either the possible pursuit of others’ good lives, or the continuation of society itself. This second form of concern with tolerance leads us to the Paradox of Tolerance, and three recent events highlight how such concern arises.

On October 9th, a student at the University of Wisconsin, Madison, put up signs on windows outside the College Republican club’s meeting room. The student used painters tape to label Trump an ignorant sexist, racist homophobe, and bigot. She calmly continued to put up the signs after a university employee approached and seemed to say, “Yeah, I’m sorry, you can’t do that.” The G.O.P. Badgers posted a video of the exchange on twitter calling the protesting student an example of the “intolerance from the left.” The student attempting to highlight Trump’s intolerance of women, non-cis people, non-straight people, and non-white people itself was labeled as morally problematic for being intolerant towards those supporting Trump. (The College Republicans made a statement standing behind the president in response to the protest). UW tweeted regarding the incident, noting that policies ban the posting of unapproved signs, and saying both that the university supports students’ right to free speech and civil discourse around political issues, and that the Office of Student Conduct and Community Standards is reviewing the incident and will follow up as appropriate.

After a Trump rally in Minneapolis on the 11th of October, protesters removed the red MAGA hats from attendees’ heads and burned them. Groups supporting anti-war policies as well and women’s and immigrant’s rights had been protesting since the afternoon. At around 9:30pm, there are videos of the MAGA hats burning in a small fire, and at around 10pm, some protestors were seen chasing an identified Nazi. These acts of protest against the positions represented by Trump supporters have made some people hesitant to purchase or wear the hats in public. A city employee in Madison, WI, was asked not to wear a MAGA hat to work in May. These protesters are actively attempting to make it uncomfortable to be publicly associated with positions like Trump’s or his supporters. They are not tolerating a political position.

Last week, Ellen DeGeneres attended a Cowboys NFL game seated next to former President George W. Bush, and later defended her friendly demeanor throughout the game despite their differing political views. Bush not only advocated for the PATRIOT Act, which eroded civil rights in the US, he began wars that led to human rights abuses that now the majority acknowledge were unjustified. On top of his war crimes and his actions that led to thousands of deaths and countless instances of torture, Bush was an outspoken advocate for curtailing LGBT+ rights. Ellen defended her friendly interaction with the former president on her show, saying,

“Just because I don’t agree with someone on everything doesn’t mean that I’m not going to be friends with them. When I say, ‘Be kind to one another,’ I don’t mean only the people that think the same way that you do. I mean, ‘Be kind to everyone, it doesn’t matter.’”

This unqualified call to kindness is in line with the principle of tolerance and the value of public civility. However, it doesn’t acknowledge that there might be any constraint on those values. We could consider the constraints to take three forms:

First, DeGeneres’ tolerance of Bush’s repeated denial of LGBT+ folks like her the human rights straight folks like him have enjoyed brings to mind the famous James Baldwin quote: “We can disagree and still love each other unless your disagreement is rooted in my oppression and denial of my humanity and right to exist.” This standard for the limit of tolerance is rooted in justice and human rights. A value system should not be tolerated if it doesn’t equally respect the humanity of all. Tolerance here has a substantive constraint: in order to qualify for tolerance, a value system must respect the right of humans to exist. (Some of Bush’s policies failed to do this, as do some of Trump supporters’ positions now.)

The second constraint on tolerance is perhaps the most well-known in philosophical circles. Karl Popper coined the Paradox of Tolerance: “In order to maintain a tolerant society, the society must be intolerant of intolerance.” A society, according to Popper, that tolerated intolerance would end up destroyed by the intolerant party. Therefore, acting against intolerance is a collective act of self-preservation. The intolerance of Trump supporters, Bush, and Trump, according to this standard, is potentially society-destroying and cannot be tolerated.

John Rawls has a less strong view of intolerant groups, not believing they necessarily threatened the existence of society. Therefore, it is only when intolerant groups do reach this threshold of threat to the preservation of society that there is justification for not tolerating the intolerant. The principle of tolerance must be upheld, according to Rawls, in more scenarios than for Popper. Each value system or group would be judged based on its actual impact on the health of the society overall. If tolerating the presence or activity of a group or individual didn’t suitably threaten society, then we should tolerate it. In the case of the UW Madison protester and the MAGA hat burners, some have judged it is dangerous for Trump supporters to feel comfortable in our society. Whether Rawls would agree is unclear.

What is most clear, perhaps, is that the object of the Madison and Minneapolis protests, as well as the object of DeGeneres’ kindness, are themselves intolerant. The possibility of having a purely tolerant society is off the table. When the discourse becomes about whether or the extent to tolerate these intolerant views or groups, it is important to note that we are debating the application of our paradox, not simply worrying about having an intolerant view ourselves.