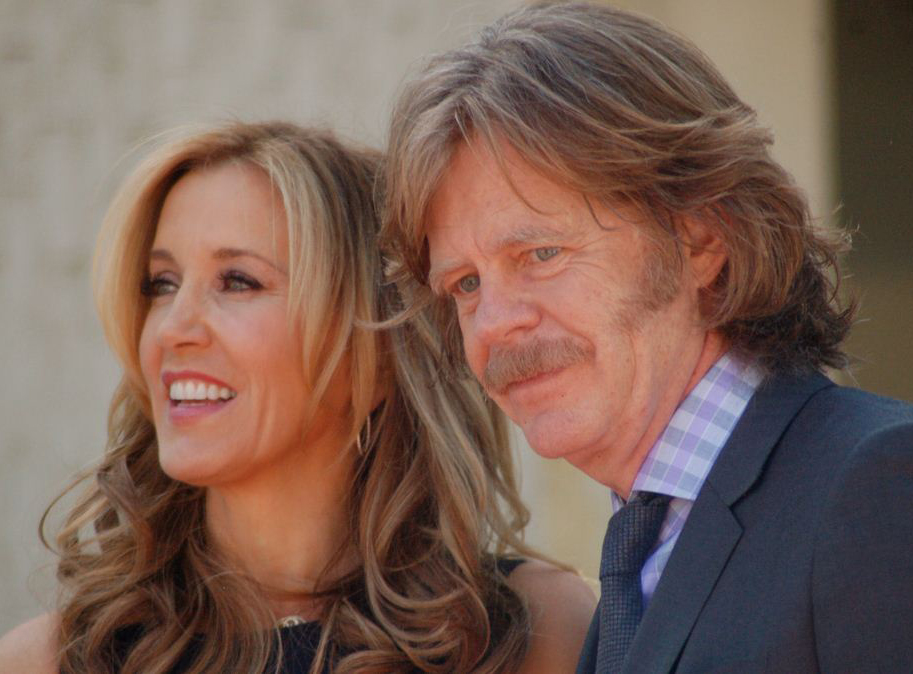 “FelicityHuffmanWilliamHMacyHWoFMar2012” by Angela George is licensed under CC BY-SA 3.0 (via Wikimedia Commons)

The college admissions scandal has come into prominence once more this week with the conviction and sentencing of “Desperate Housewives” star Felicity Huffman. In attempting to get her daughter into college, she paid $15,000 to a “charity” controlled by William Singer, a now notoriously corrupt admissions consultant, to have him bribe an SAT proctor to correct her daughter’s answers before submitting the test. For committing “honest services fraud,” Huffman was fined $30,000 and sentenced to 2 weeks in prison, 1 year of probation, and 250 community service hours.

The Washington Post quoted Daniel Richman, a professor at Columbia Law School, as saying “Both those who think the conduct here shouldn’t have been prosecuted and those concerned about special treatment for the privileged are bound to be dissatisfied.” And how could they not? On the one hand, the American criminal justice system is already overfull and overworked. The jails and prisons, too, are near their capacity. Essentially, some say, we are wasting resources prosecuting a first time nonviolent offender who has confessed her guilt and shown remorse.

Indeed, this is the attitude people have toward a variety of “white collar” and “victimless” crimes. However, they are only labeled as such due to the invisibility of the consequences, not due to the consequences actually being nonexistent. Every spot taken by a rich person who arrives there unmeritocratically is potentially a spot that could have been given to someone whose life could be changed by the chance. Those people, though, do not even realize a crime has been committed against them, blaming instead their own supposed insufficiency rather than a corrupt system.

Others dismiss these sorts of crimes because they seem inevitable. If they do not illegally bribe their kids into elite colleges, some say, they will do so through legal donations. But, this is a case of whataboutism. “What about kids getting into college because their parents are donors? Isn’t that unmeritocratic too? We’re not prosecuting those people so why are we prosecuting this woman?” However, we need not choose one or the other. They can be separate discussions, considered consecutively, not simultaneously.

Perhaps those parents getting their kids in via legal donations are doing something immoral too (for discussion see A.G. Holdier’s “The Ethics of Legacy Admissions”). The fact that there are multiple problems to consider does not entail that we may only try to solve all of them or none of them. Each can be considered in its own time. Thus, let us consider the fact that, for her crime, Huffman received what amounts to not even a slap on the wrist due to her wealth. Indeed, the punishment Huffman was given by Judge Indira Talwani sheds light on the disparity of punishment between the extremely wealthy and the rest of us.

The median American’s wealth (not average because that value is skewed by billionaires), according to the Federal Reserve’s Survey of Consumer Finances, is $97,300. Even among those above 75, who have accumulated wealth for the longest, that value is only $264,800. In comparison, estimates for the wealth of Huffman and her husband, William H. Macy, each fall in the range of $20-50 million. Even assuming that minimum value, a $30,000 fine only amounts to 0.15% of their wealth. For that median American, the same fine would encompass 30% of all the money they ever made.

Certainly, this is an “equal” punishment, if “equal” is taken to mean the same numerical value, regardless of place or station. However, the impact on Huffman’s life as compared to some ordinary person is drastically different. A fine of 0.15% of that ordinary person’s wealth would amount to only about $150. That is the impact Huffman feels from the fine she was given. The same goes for her prison sentence and community service requirement. Most Americans have to work for a living and need a clean record to get a job. Huffman and her husband have enough money to live the rest of their lives without acting again. A prison sentence like that and so many community service hours are just annoying for the very wealthy, not life-ruining as they can be for many people of ordinary stature.

“So what?” says the cynic, “College admissions are already corrupt and have little to do with real ability. Huffman did not do anything particularly wrong. The only difference between her and the rest of the upper class is that her bribe happened to be illegal. Donors’ kids get into prestigious universities without the requisite ability all the time. There’s no good reason to waste the government’s time prosecuting cases like these.” The cynic may very well be correct, and, in fact, the judge in the case seemed to agree, saying that the college admissions system “has cracks in it with or without what these defendants have done.”

Indeed, it seems inappropriate to put a person such as Huffman behind bars for years for trying to help her daughter get into college with bribes, an action for which she has shown remorse. But, there really is no punishment besides time in prison which can create the same impact of punishment regardless of class. In the case of the crime she admitted to, “honest services fraud,” the maximum fine is $250,000, only 1.25% of her wealth. Now, that percentage of the median wealth actually seems substantial, about $1,200. However, this judgment does not account for another difference between the upper class and the rest.

When a person has millions of dollars, her living expenses are a minuscule portion of her wealth. For most others, living expenses (rent, car payment, gas, food, etc.) take up a much larger portion. In essence, most people cannot pay such a fine without sacrificing some of their basic needs. A proportionally-sized fine for the ultra-wealthy, though, has no impact on their lives. Either fines must be able to cause a proportional impact on the very rich, not simply a flat percentage, or something else valuable must be taken away. For this class of people, the only truly valuable thing they cannot get more of is time. A long prison sentence, regardless of class, has a truly significant impact on one’s life.

As Oren Nimni puts it in Current Affairs, this sort of disparity in punishment,

“fundamentally delegitimizes the entire legal system, by severing the relationship between punishments and their purpose. It makes a joke out of the ideas of both the punishment fitting the crime and equality under the law, two bedrock principles necessary for  “law” to command any respect at all.”

There is plenty of room for discussion about what sorts of crimes ought to be prosecuted, about whether crimes deserve more fines or more prison time, and about the purpose punishment is supposed to serve. However, it seems clear that, regardless of what comes of these discussions, it can be agreed that the impact of a just punishment cannot vary based on class.