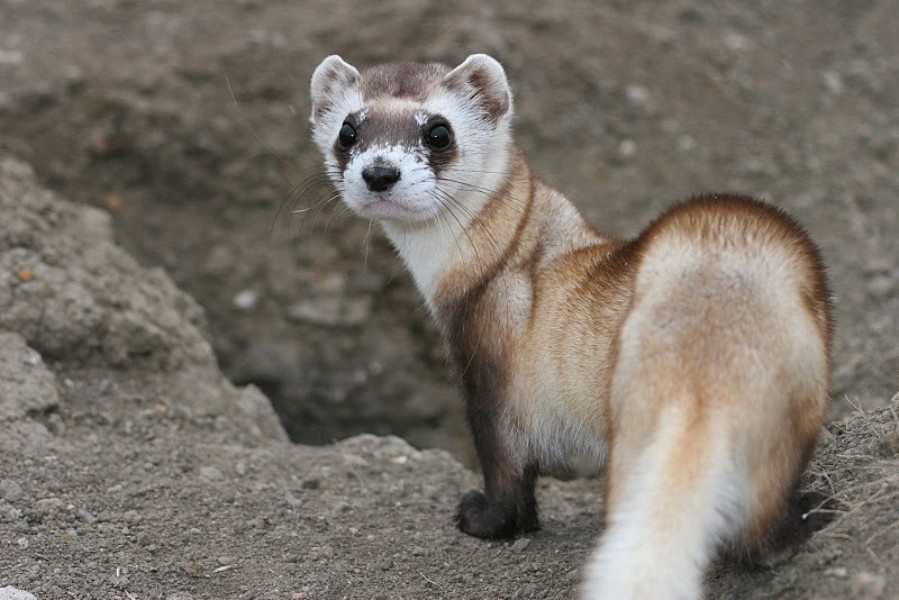 On August 12th, officials in the Trump Administration announced a set of deregulatory measures aimed at loosening the protections of the Endangered Species Act. Signed into law by President Nixon in 1973, the ESA not only prohibits the sale and/or transportation of species on the ‘endangered’ list kept by the U.S. Fish and Wildlife Service, but also requires all federal agencies to coordinate their activities with the FWS and other regulatory commissions “to ensure that actions they authorize, fund, or carry out are not likely to jeopardize the continued existence of any listed species or result in the destruction or adverse modification of designated critical habitat of such species.” While the ESA currently protects over 1600 plant and animal species, and has been credited with preventing the extinction of the American bald eagle, the California condor, the humpback whale, the black-footed ferret, and the grizzly bear (among others), the roll-backs proposed by the White House may soon prevent the ESA from being applied in a manner that is, at all, effective.

Although the measures have been marketed as “improvements to the implementing regulations” that will help to “increase transparency and effectiveness and bring the administration of the Act into the 21st century,” conservationists have pointed out three key areas of concern. Firstly, new species that will henceforth be added to the ‘threatened’ list (one step down from ‘endangered’ status) will no longer be automatically given the same protections given to species already on the endangered list. Until now, the difference between ‘threatened’ and ‘endangered’ status was essentially just a way to indicate the species population without implying a difference of response, but this weakening will now allow for a difference in behavior. Instead, ‘threatened’ species will not warrant the same level of heightened concern. While Secretary of the Interior David Bernhardt defended this move on the grounds of promoting efficiency, explaining that  “[a]n effectively administered Act ensures more resources can go where they will do the most good: on-the-ground conservation,” the proposed amendments to the ESA do not include any additional protections requiring would-be funding for ‘threatened’ species to be diverted to ‘endangered’ species. In practice, it seems far more likely that ‘threatened’ species will not be taken as seriously as they currently are – which will inevitably lead to more of them eventually making their way onto the ‘endangered’ list.

Opponents of the ESA argue, however, that the ‘endangered’ list has been padded with faulty data. Robert Gordon, a senior official in the Interior department, has argued that much of the ESA has been “federally funded fiction” that wrongly listed species as ‘endangered,’ despite their actual numbers in the wild. In a 2018 report, Gordon argued that 18 of the 40 species heralded as having “recovered” as a result of the ESA were never actually endangered to begin with and that it is simply impossible for the ESA to accomplish its stated goals. Some might argue that these numbers indicate the pressing import of conservation measures, rather than a mandate to loosen them.

A second concern about the Trump Administration’s roll-backs surrounds the ambiguity of the phrase, “foreseeable future.” At present, the ESA defines an ‘endangered species’ as one “in danger of extinction throughout all or a significant portion of its range,” whereas a ‘threatened species’ is one that “is likely to become endangered within the foreseeable future.” Whereas, historically, “foreseeable future” has been interpreted in broad terms, the new guidelines explicitly indicate that, “The term foreseeable future extends only so far into the future as the Services can reasonably determine that both the future threats and the species’ responses to those threats are likely…. The Services need not identify the foreseeable future in terms of a specific period of time.” By requiring these assessments to be made on a “case-by-case basis” for each species, the administration not only casts doubt on its concerns for administrative efficiency, but subtly allows regulators to potentially ignore the far-reaching effects of systemic issues related to global climate change.

Finally, and perhaps most notably, the proposed changes to the ESA delete the phrase “without reference to possible economic or other impacts of such determination” from the Act’s implementation guidelines when considering whether to add a new species to the protected list, effectively allowing human business interests to be weighed on equal footing with the concerns of the endangered forms of life the ESA is designed to protect. Although it adds some language that sounds like a buffer for animal-welfare concerns (in that said economic information can be considered “as long as such information does not influence the listing determination” of a species), it seems like a strange move to explicitly weaken the Act while at the same time applying apparent, though less strict, reinforcement elsewhere. This is especially true given Secretary of Commerce Wilbur Ross’ comments about how “[t]he revisions finalized with this rulemaking fit squarely within the President’s mandate of easing the regulatory burden on the American public, without sacrificing our species’ protection and recovery goals.” The corporate preference evident in the final draft of the ESA edits lays bare its essence as a public relations patina, instead of the substantive wall of protection for endangered species it was designed to be.

Such a PR move is necessary; a poll from July of last year indicated that four out of five Americans support the Endangered Species Act and only one out of ten oppose it. Despite rampant disagreement about the existential threat of climate change, Americans are unified in their support of preserving animal species. Nevertheless, as Brett Hartl, government-affairs director for the Washington D.C.-based Center for Biological Diversity, said “These changes tip the scales way in favour of industry. They threaten to undermine the last 40 years of progress.” It is not hard to imagine how interests of particular creatures or species – whether in the foreseeable future or beyond – could be discounted when weighed against the possibility of increased profits for larger corporations.

Which means, these deregulatory measures from the Trump Administration are not only concerning in their implications for the government’s continued preference for short-term financial gains over long-term existential stability in the face of climate change, but they pose significant risks for the communities of currently-living creatures threatened and endangered by the actions of human agents. As Christine Korsgaard explains in her recent book Fellow Creatures: Our Obligations to the Other Animals, groups of creatures have value for at least two reasons: firstly, because every individual creature in the species (every token of the type) has particular interests that matter (8.7.1). But secondly, and more broadly, a collection of agents with individual goods of their own constitutes a community that has a shared good of its own (11.6.4). Korsgaard uses the example of a public park with a baseball diamond or an open-air theater as an “essentially shared good” – as something that not only happens to be good for individuals with different-but-overlapping interests, but as something which is only good insofar as it allows for the community to participate in something together (like a baseball game or the performance of a play). Applying this concept to habitats and animal communities, Korsgaard says, “When a species of animals becomes extinct in a given area because of human activities, it is a sure sign that we have been harmful to the point of fatal to those animals’ communities.”

What this means, then, is that even if we grant that the economic interests of corporations and business owners are worth measuring against the interests of wildlife and ecosystems, we are obligated to consider both of Korsgaard’s levels in our calculations. It is not simply a matter of measuring a concern for a small set of animals against the financial interests of a multinational conglomerate, but rather the collective interest of the species against the collective interest of the corporation – a comparison which may threaten to actually come down in favor of the plants and animals on the FWA’s list (provided that existential concerns outweigh simple profits).

A number of state attorneys general (including those from California and Maine), as well as environmental groups, have already promised to challenge the Trump Administration’s revisions to the ESA in court. Time will tell whose interests will ultimately win out.