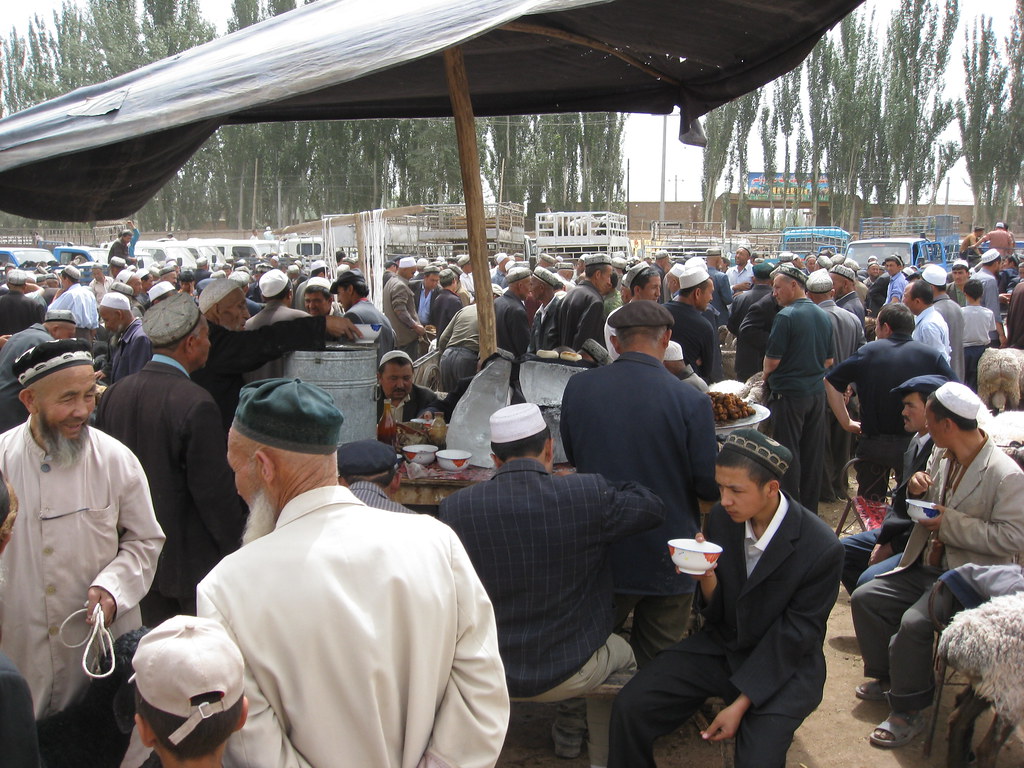 Since 2006 China has engaged in a large-scale campaign of collecting DNA samples, iris images, and blood types in the province of Xinjiang. In 2016, a program under the name “Physicals for All” was used to take samples of everyone between ages of 12 to 65 in a region home to 11 million Uighurs. Since the beginning of the program, it has been unclear whether the patients were at any point “informed of the authorities’ intention to collect, store, or use sensitive DNA data,” raising serious questions about the consent and privacy of the patients. The authorities largely characterized the program as providing benefits for the relatively economically poor region, with a stated goal: “to improve the service delivery of health authorities, to screen and detect for major diseases, and to establish digital health records for all residents.” Often accompanying program coverage were testimonies describing life-saving diagnostics due to this program. Despite being officially voluntary, some program participants described feeling pressured to undergo the medical checks. The Guardian reported numerous stories in local newspapers that encouraged officials to convince people to participate.

Once a person decided to participate and medical information had been taken from them, the information was stored and linked to the individual’s national identification number. Certainly, questions concerning the coercive and secretive nature of the campaign arise as the government is collecting a whole population’s biodata, including DNA, under the auspices of a free healthcare program. In addition, this is a gross violation of human rights, which requires the free and informed consent of patients prior to medical interventions. The case is especially troublesome as it pertains to Uighurs, a Muslim minority that has been facing pressures from China since the early 20th century, when they briefly declared independence. China is holding around million Uighurs in “massive internment camps,” which China refers to as “re-education camps” (see Meredith McFadden’s “Uighur Re-education and Freedom of Conscience” for discussion). According to The New York Times, several human rights groups and Uighurs pointed to the fact that Chinese DNA collection may be used “to chase down any Uighurs who resist conforming to the campaign.”

To be able to ensure the success of this campaign police in Xinjiang bought DNA sequencers from the US company Thermo Fisher Scientific. When asked to respond to the apparent misuse of their DNA sequencers, the company said that they are not responsible for the ways the technology they are producing is being used, and that they expect all their customers to act in accordance with appropriate regulation. Human Rights Watch has been vocal in demanding responsibility from Thermo Fisher Scientific, claiming that the company has a responsibility to avoid facilitating human rights violations, and that the company has an obligation to investigate misuse of their products and potentially suspend future sales.

Should transnational actors, especially those providing technology such as Thermo Fisher Scientific, have a moral responsibility to cease sale of their product if it is being used for “immoral” purposes? One could claim that a company that operates in a democratic country, and is therefore required to follow certain certain ethical guidelines, should act to enforce those same guidelines among their clientele. Otherwise they are not actually abiding by our agreed-upon rules. Other positions may demand the company’s moral responsibility on the basis of obligations that companies have to society. These principles are often outlined in company’s handbooks, and used to keep them accountable. These often stem from convictions about intrinsic moral worth or the duty to do no harm.

On the other hand, others may claim that a company is not responsible for the use to which others put their goods. These companies’ primary duty is to their shareholders; they are profit-driven actors which have an obligation to pursue that which is most useful to itself, and not the broader community. They operate in a free-market economy that ought not be constrained simply as a matter of feasibility. As Thermo Fisher Scientific notes, “given the global nature of [their] operations, it is not possible for [them] to monitor the use or application of all products [they’ve] manufactured.” It may be that a company should only be expected to abide by the rules of the country it operates in, with the expectation that all customers “act in accordance with appropriate regulations and industry-standard best practices.”