The Political Response to Racism: Trump vs. the Squad 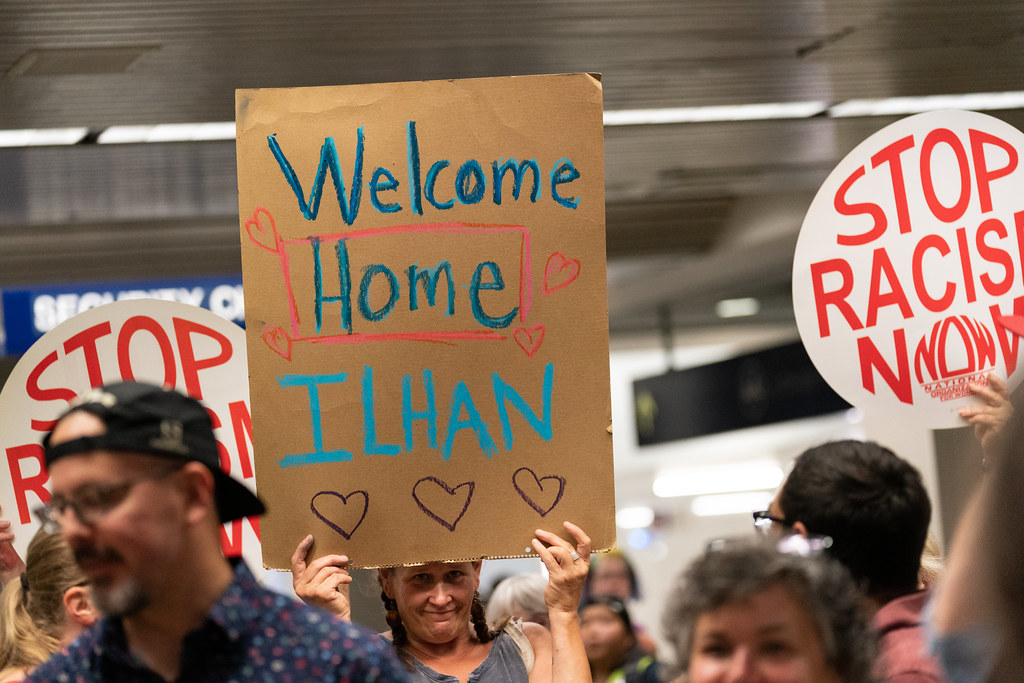 While Donald Trump tweeting something awful may barely qualify as news these days, his tweets on July 14th were awful enough to be considered by many to be crossing a line. Addressing “progressive democrat congresswomen” – in other words, Alexandra Ocasio-Cortez, Ilhan Omar, Rashida Tlaib, and Ayanna Pressely, sometimes referred to as “the squad”  – Trump told them to “go back and help fix the totally broken and crime infested places from which they came.” Trump’s remarks have widely been condemned as racist, bigoted, and xenophobic, although many Republicans have not yet openly denounced them.

There has, unsurprisingly, been a flurry of reactions to Trump’s tweets. While many politicians both local and international have expressed their disapproval, some have stopped short of calling Trump a racist, perhaps because of the moral condemnation the term implies, or perhaps because they are busy arguing about the semantics of the term. There is, however, little room for mental gymnastics here: telling four women of color to go back to where they came from is unambiguously racist. The question is not whether Trump’s remarks are morally reprehensible (they are), but instead what should be done in the aftermath.

Journalists have suggested a number of different answers to this question. For instance, those at Fox News took the unsurprising stance that Trump’s remarks shouldn’t be taken seriously, and that they were at most an “unforced error.” Others have called for some form of punishment, most notably in the form of the House passing a resolution to officially censure Trump for his remarks. While such a censure would not impede Trump in any significant sense, it would at least be a symbolic gesture that put him in the company of the last president to officially be censured, Andrew Jackson, all the way back in 1834.

While it seems clear that Trump’s remarks deserve condemnation, and that Trump himself ought to be held accountable for them in some way or another, some journalists have urged caution in deciding the best next course of action. The thought is something like the following: to Trump’s most diehard fanbase, racism is not a deal breaker (Trump’s history of racist remarks and actions is, after all, well-documented). By calling for official censure, then, one is only going to accomplish the riling up of his loyal supporters. Furthermore, by drawing attention to Ocasio-Cortez, Omar, Tlaib, and Pressley, one then associates the Democratic party with these four specific women, ones who have tended to be unpopular amongst those on the right. Really, then, condemning Trump only ultimately helps his cause of rallying the Republican troops.

Instances of this take are not hard to find. For example, Jonathan Freedland at The Guardian writes:

It’s race-baiting, no doubt about it. But it might also be effective, as Trump’s 2016 campaign proved. The result is a dilemma for Democrats. Do they try to win back those white, low-income voters who supported Trump last time or do they use the president’s hateful behaviour, including his attacks on the squad, to drive up turnout among those appalled by it – especially black voters and young people?

Or consider Republican strategist Ford O’Connell, who stated that Trump’s remarks were “very smart from an electoral strategy perspective” and that he is helping to make the squad “the face of the 2020 Democratic Party.” While not saying that Trump should not be condemned for his remarks, Ocasio-Corte, Omar, Tlaib, and Pressley have themselves issued caution about letting Trump’s remarks serve as a distraction from a number of pressing issues, and cautioned Americans that they should not “take the bait.” Other commentators have echoed this sentiment. Consider finally the following from journalist Vinay Menon:

There is no point in trying to shame a shameless man. If by now his fans do not see his profound failings as a human, those blinders can’t be removed. Trump is not a politician. He is a cult leader who is bending his party to his will.

And the more awful he is, the more his base rejoices.

This summer, critics should pretend he no longer exists. Put the focus elsewhere. Stop taking the bait. Cease giving him a power he has failed to earn.

We have, then, something of a dilemma, in that those who wish to condemn Trump risk helping him in the long run by doing so; or, as Freedland puts it,

The result is that Democrats face a choice between doing what is morally right and what is politically smart. When you’re dealing with an amoral bigot in the White House, those two things are not always the same.

Unfortunately, this has not been the first time that we have been faced with this dilemma during Trump’s presidency: for instance, some argued that beginning impeachment procedures after the release of the findings of the Mueller report would only ultimately help Trump’s cause, as it would be perceived as whining on behalf of the democratically controlled House. Indeed, it has been a consistent refrain any time after Trump does something awful: censuring him in one form or another only encourages his base, so why bother trying to punish him?

So what ought one do in this situation? If there is a risk that implementing a punishment for Trump’s morally egregious acts would actually help him in the long run, is this reason not to pursue that punishment?

I don’t think there’s an easy answer here. But I do think it is worth keeping in mind that many of those writing on the situation are doing so from something of a distance. In other words, it is easier to take the position that the risk of political backlash warrants inaction when one has themselves not been directly impacted Trump’s behavior. For instance, consider the headline “Before they can beat Donald Trump, his foes must learn to ignore him – even his racism.” This might sound like decent political advice, but it is harder to swallow when one is the target of the kind of racism that Trump is inciting. Indeed, the fact that during a recent Trump rally crowd members chanted the racist creed “send her back” indicates that ignoring his racism may not be the best course of action.