Concrete Milkshakes and the Ethics of Being Wrong on the Internet 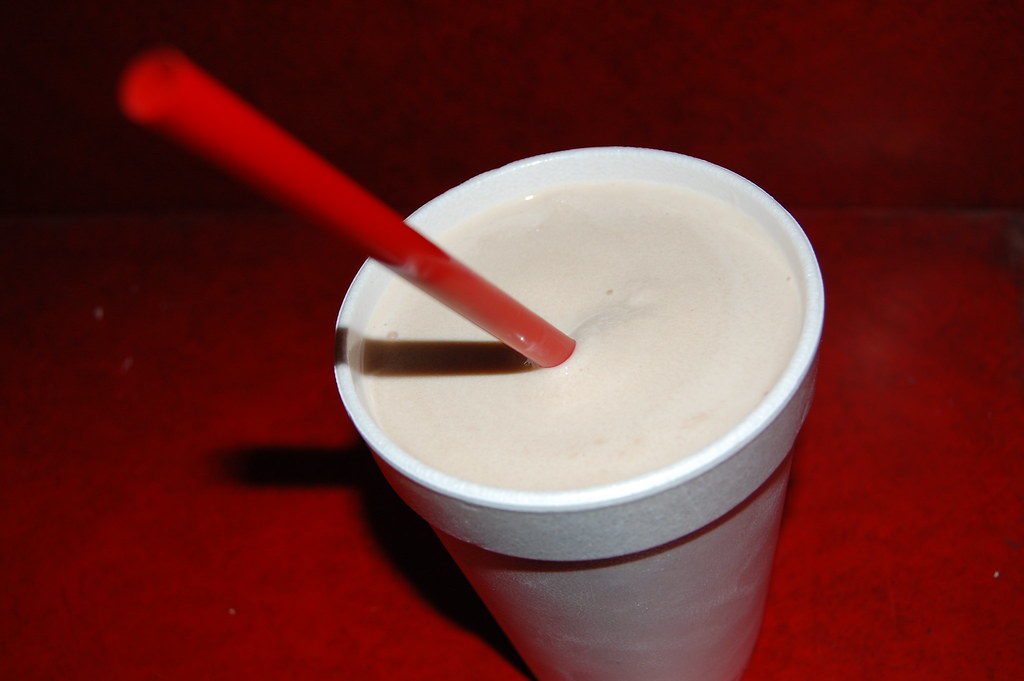 In late June there was yet another clash of right-wing groups and protesters, this time in Portland, Oregon. As has been widely reported, in several previous clashes this year there have been incidents in which protesters threw milkshakes at members of extremist groups and right-wing politicians, most notably during an incident in May in which European Parliament member and Brexit supporter Nigel Farage was on the receiving end of a protester’s milkshake. While the person involved in the incident was arrested, Farage himself was not injured, merely embarrassed. During the recent events in Portland, however, the protesters upped the ante: as many news outlets, along with the Portland police department reported, instead of using regular milkshakes to embarrass members of the fringe extremist group “Proud Boys” [sic], protesters added powdered cement mix to the milkshakes, clearly with the intention to seriously injure their opposition. According to reports, several people called the Portland police to report the incident, after which they tweeted a warning to those attending the protest.

The only problem with the information tweeted out by police and reported by numerous right-wing news outlets? There is not a shred of evidence to suggest that it is true. Not a single word of it.

That blatant falsehoods like these are spread in this day and age is perhaps not surprising; we are perhaps even becoming desensitized to it. And while there are clearly ethical issues with spreading misinformation (some of which have been written before about on this site), what is perhaps just as problematic is the general response from those who have taken part in spreading that misinformation once it has been shown to be false.

It seems that the best thing to do when one has been shown to be wrong is to admit one’s mistake, and to retract one’s original claims. But this is not what we have generally seen happen in recent incidents online: it seems that instead of people admitting that they are wrong they will either quickly move on to the next thing, or else manipulate the narrative so that they can convince themselves that they were right the whole time. Both of these types of responses have been commonplace in response to the recent Portland protests.

Consider first Fox News, who originally ran the headline “Antifa, conservative protests turn violent as demonstrators throw milkshakes of quick-dry cement at police and onlookers.” Not typically known for their subtlety, this headline could not be any clearer, and not any more false. One might think that, upon learning one has printed a headline full of egregious errors, it would be one’s responsibility to set the record straight by issuing a retraction. But no such retraction was issued. Instead, the updated headline was quietly changed to read “Antifa-Proud Boys confrontation in Portland turns violent; conservative writer injured,” with the content altered only slightly: instead of claiming that milkshakes with cement mixed into them were, in fact, thrown, the article now states that “it was reported” that such milkshakes were thrown. This is no way constitutes a retraction of a demonstrably false claim, but instead still strongly implies that it was true. It is hard to see how these actions could constitute anything other than blatant dishonesty.

Philosophers have been writing about the dangers of intellectual dishonesty and carelessness in forming one’s beliefs for a long time. Philosopher W.K. Clifford, for example, discussed an example that sounds like it could have come straight out of today’s headlines, all the way back in 1877:

There was once an island in which some of the inhabitants professed a religion teaching neither the doctrine of original sin nor that of eternal punishment. A suspicion got abroad that the professors of this religion had made use of unfair means to get their doctrines taught to children. They were accused of wresting the laws of their country in such a way as to remove children from the care of their natural and legal guardians; and even of stealing them away and keeping them concealed from their friends and relations. A certain number of men formed themselves into a society for the purpose of agitating the public about this matter. They published grave accusations against individual citizens of the highest position and character, and did all in their power to injure these citizens in their exercise of their professions. So great was the noise they made, that a Commission was appointed to investigate the facts; but after the Commission had carefully inquired into all the evidence that could be got, it appeared that the accused were innocent. Not only had they been accused on insufficient evidence, but the evidence of their innocence was such as the agitators might easily have obtained, if they had attempted a fair inquiry. After these disclosures the inhabitants of that country looked upon the members of the agitating society, not only as persons whose judgment was to be distrusted, but also as no longer to be counted honourable men. For although they had sincerely and conscientiously believed in the charges they had made, yet they had no right to believe on such evidence as was before them. Their sincere convictions, instead of being honestly earned by patient inquiring, were stolen by listening to the voice of prejudice and passion. (Clifford, “The Ethics of Belief”)

Clifford says that it was morally wrong for the agitators to believe what they believed, because they formed their beliefs on shaky and little evidence, and that their beliefs were not the result of patient reflection and careful consideration, but rather “prejudice and passion.” Importantly for Clifford, such beliefs can still be held with complete sincerity – the agitators were not initially aware of the falsity of their beliefs, and they were confident that what they believed was true. Nevertheless, the way that they formed their beliefs still shows that they were doing something wrong.

One difference between Clifford’s case and contemporary events is that instead of today’s agitators being broadly considered untrustworthy and dishonorable, the consequences for being blatantly wrong on the internet are far less severe. In fact, the prejudice and passion that drive the careless acquisition of evidence, further encourages the manipulation of that evidence when confronted with conflicting evidence.

Consider again responses to the fabricated concrete milkshake story. Even after discovering that the story was false, one could find people reinterpreting the evidence to fit their preferred narrative. Consider the following representative tweets:

I’ve been getting a lot of emails telling me I’m stupid for adding to the concrete shake line. Lots have sent me a Portland Mercury article saying there’s no proof of concrete. Maybe so, but this is exactly how to do a kind of petulant terrorism. This makes Antifa terrorists.

This is the effect of concrete shakes, real or not: They tell people this will happen; they do things to make it look real; they maybe don’t even do it; then they accuse everyone of being stupid and gullible. Then they get much of the effect they want and get to do it again.

This kind of response again not only fails to constitute a retraction (nor does it recognize any kind of personal wrongdoing) but instead takes what evidence does exist – that some people claimed that there were concrete milkshakes at the rally – to support the conclusion that they held all along – that Antifa is a violent terrorist group. This is a disastrous leap in logic that not only runs afoul of Clifford’s principle that beliefs should be formed carefully, conscientiously, and on the basis of the best possible evidence, but goes the extra step of manipulating the evidence in such a way that supports one’s initial belief, even after having been proven wrong.

There are a lot of lessons we can take away from the recent events in Portland and the online responses to them, but perhaps one of the most important is to recognize that it is better to admit wrongdoing than to try at all costs to save face in light of overwhelming evidence. Spreading misinformation is harmful, but manipulating evidence to further the spread of misinformation that one knows perfectly well is false is perhaps even more harmful still.