USA vs. Thailand and the Limits of Sportsmanship 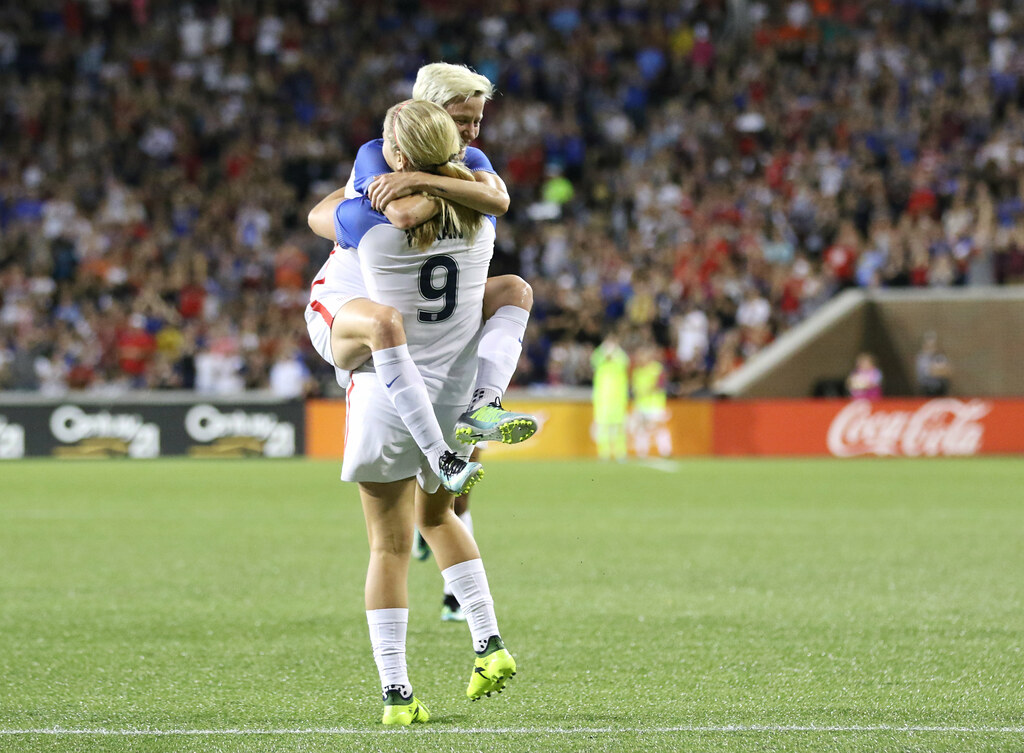 The first round of this year’s Women’s World Cup saw a rather lopsided result, with team USA defeating team Thailand by a score of 13-0. This has been by far the largest margin of victory so far, with the second largest coming from a 4-0 victory of France over South Korea, and with goal differentials generally averaging around 1 or 2. While it is certainly not unheard of to see such one-sided results (compare results from the 2015 Women’s World Cup, which recorded several comparable outcomes), that team USA beat their opponents so soundly has made some question whether doing so was unsportsmanlike.

People have generally taken issue with the match in one of two ways: first, some have claimed that simply “running up the score” is unsportsmanlike, and that team USA should have held back after it was clear that they were going to win. Second, some have expressed the view that the manner in which team USA celebrated their late goals was unsportsmanlike, insofar as players continued to be enthusiastic about them: one might think that while it is okay to be very excited about scoring the first few goals, once you’ve hit a dozen then maybe you should tone it down a bit.

For example, Fox Sports analyst Rob Stone stated that the game became “humiliating,” that it was little more than “target practice for the United States,” and that while up by so many goals a team should instead “pull it back” and “knock it around” instead of trying to score again. Clare Rustad and Kaylyn Kyle, former members of Canada’s national team, did not appreciate that the US team celebrating their late goals enthusiastically, with Rustad commenting that “I would have hoped they could have won with humility and grace, but celebrating goals eight, nine, 10 like they were doing was really unnecessary,” and Kyle stating that “I’m all about passion, but as a Canadian we would just never ever think of doing something like that.”

Forward Megan Rapinoe received perhaps the lion’s share of the backlash online for being what some judged as overly enthusiastic, scoring 5 goals and celebrating each of them. While it is of course not against the official rules to celebrate scoring a goal, it is commonplace for people to make reference to the “unwritten rules” of sports, one of which is perhaps to try to win as gracefully as possible. Should we think that Rapinoe and team USA violated such an unwritten rule, or that they acted in unsportsmanlike ways?

To address this question is would be good, of course, to have a sense of what “unsportsmanlike behavior” consists of. To help us with this question we can turn to those working on the philosophy of sport. Consider some early thoughts on the nature of sportsmanship from philosopher James Keating:

The primary purpose of sport is not to win the match, to catch the fish or kill the animal, but to derive pleasure from the attempt to do so and to afford pleasure to one’s fellow participants in the process…[G]enerosity and magnanimity are essential ingredients in the conduct and attitude properly described as sportsmanlike. They establish and maintain the unique social bond; they guarantee that the purpose of sport – the immediate pleasure of the participants – will not be sacrificed to other more selfish ends. All the prescriptions which make up the code of sportsmanship are derived from this single, basic, practical maxim: Always conduct yourself in such a manner that you will increase rather than detract from the pleasure to be found in the activity, both your own and that of your fellow participants.

One lesson we can draw from these thoughts is that playing a sport cannot just be a single-minded drive to win by any means necessary. However, while Keating seems right that sports are not solely about winning, they are, at the same time, at least somewhat about winning. Other philosophers have noted that there can be a tension between the goal of winning and Keating’s goal of trying to make sure that everyone is having fun. For example, philosopher Diana Abad argues that there are “four elements of sportsmanship: fairness, equity, good form and the will to win” but recognizes that the last is often in conflict with the first three. As a result, Abad argues that sportsmanship requires that we attempt to balance the components as much as possible.

We might worry that continuing to score goals in an already lopsided affair would run afoul of these requirements of sportsmanship: it seems that one would not be attempting to make sure that one’s opponent is having as fun of an experience as possible after going up by a dozen goals, and by doing so one might think that the balance between the will to win and good form has gone out of whack. There may, however, be more to the story. For example, philosopher Nicholas Dixon recognizes that it might seem that beating an opponent so soundly could seem cruel, but also argues that lopsided victories can be valuable in that they display tremendous athletic ability. Furthermore, argues Dixon, it may seem to be more of a humiliation to one’s opponents to take it easy on them, since doing so would potentially show disrespect towards them as athletes.

We might also think that while it would be unsportsmanlike to score and celebrate goals with the intent to humiliate one’s opponents, so long as a player is themselves having fun playing a game they love then chastising them for doing so would border on pearl-clutching. For example, Luis Paez-Pumar writing at Deadspin reported that Megan Rapinoe did not think that accusations of unsportsmanlike behavior were well founded, with Paez-Pumar summarizing the matter as follows: “So there you have it: Megan Rapinoe is not sorry for playing a sport with joy.”

There are still, of course, limits to sportsmanlike behavior. But in the case of the response to Rapinoe and the US team it seems that we would do well to keep in mind that one can still win, have fun, and not violate the unwritten rules of sportsmanship.