Separating the Freedom of Religion from the Right to Discriminate 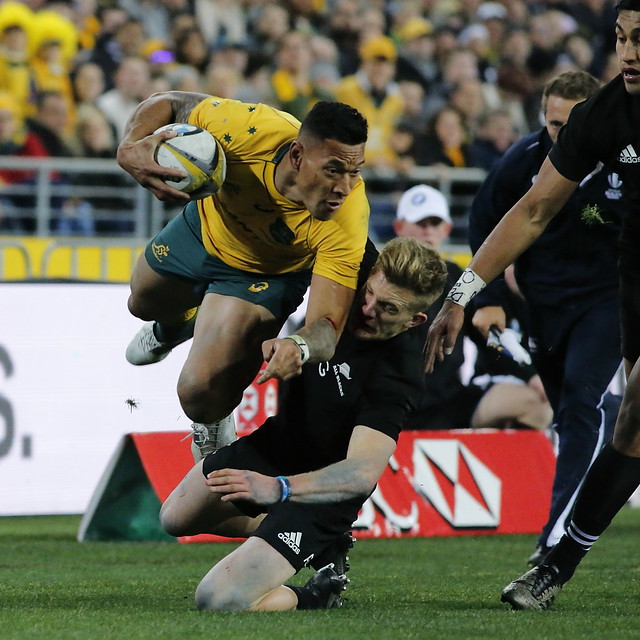 This week, GoFundMe shut down the campaign of Israel Folau, a top Australian rugby player who had set up an account up in an attempt to raise Aus $3 million to take legal action against Rugby Australia for terminating his contract. Folau’s contract was terminated last month for a high-level breach of the Professional Players’ Code of Conduct over his controversial social media posts. In many recent posts Folau had expressed his belief that, among others, homosexuals, adulterers, and atheists would go to hell unless they repented.

Folau is challenging his dismissal in the Fair Work Commission, arguing Rugby Australia violated his religious freedom. He is an evangelical Christian, and he claims that it is his responsibility to preach his religion. “I am… a Christian. My faith is the most important thing in my life. I try to live my life according to the Bible and I believe it is my duty to share the word of the Bible,” he said. GoFundMe’s manager Nicola Britton said in a statement “as a company, we are absolutely committed to the fight for equality for LGBTIQ+ people and fostering an environment of inclusivity.”

The Fair Work Commission’s decision regarding Folau’s claim to have had his right to freedom of religion violated may have important ramifications for future challenges in workplaces and religious institutions both for religious people who want to exercise their right to carry out the tenets and responsibilities of their religious worship, and also for those against whom such freedoms may discriminate.

The Folau case is another iteration of an issue that has been widely problematized following Australia’s new same-sex marriage laws which came into effect in 2018; after which religious people’s concerns that they would not be allowed to refuse services to, or would be forced to teach the legitimacy of, same-sex couples led to the government conducting a review into religious freedom and to canvassing the possibility of legislating extra protections as well as instituting a commission to oversee protection of freedom of religion.

“Unfortunately, GoFundMe has buckled to demands against the freedom of Australians to donate to his cause,” a spokesman for Folau said. “There appears to be a continuing campaign of discrimination against Israel and his supporters.”

Following GoFundMe’s closing of Folau’s funding campaign, he has received a $100,000 donation from the Australian Christian lobby. ACL managing director, Martyn Iles said “They [quiet Australians] feel the pinch of political correctness and the erosion of their basic freedoms.” Setting aside the point that Folau is anything but a ‘quiet Australian’, the salient point in these responses by Folau and his supporters is that they portray him as a victim of discrimination whose freedoms are being eroded.

Freedom is at the core of many of our ethical principles and moral and political values. The UN Universal Declaration of Human Rights, adopted by the general assembly in 1948, specifies many types of freedom – such as freedom of speech, assembly, religion – that are enshrined as universal moral rights.

These liberties serve as the fundamental lynchpin of democracy. In the Folau case, more than one fundamental democratic principle is at stake, and they appear to be at odds with one another. The first is the right to believe in, practice, and undertake religious activities. This right is enshrined in Article 18 of the international covenant on civil and political rights (ICCPR), to which Australia was an original signatory. The second is the right to freedom from discrimination, and according to Article 18 governments can limit religious freedom if it is “necessary to protect public safety, order, health, or morals or the fundamental rights and freedoms of others.”

Either those principles clash because they are fundamentally incompatible, or they clash in practice because of disagreements about how to apply them. This therefore raises the question of what exactly freedom of religion entails, and whether it includes the right to discriminate against those who do not share such beliefs. In short: how far does a person’s right of religious expression extend?

In a statement in defense of his claim that his religious freedom was being violated, Israel Folau said: “What makes our country so wonderful is that we have such a diverse community made up of so many different cultures and values.” It is hard to read this remark as anything other than stunning hypocrisy, given that his mission appears to be nothing short of homogenization of the culture into a salvific vision of Christianity.

It is also worth remembering that freedom of religion is not traditionally a core tenet of the Christian religion – a fact to which the centuries of zealous missionary efforts to convert non-Christians the world over is testament. Freedom of religion, as enshrined in the UN Universal Declaration of Human Rights, article 18, is a core secular principle. It is only when laws are no longer determined by religious beliefs that people’s freedom to worship in their own way becomes possible.