Individual Obligation in the Face of Global Climate Change 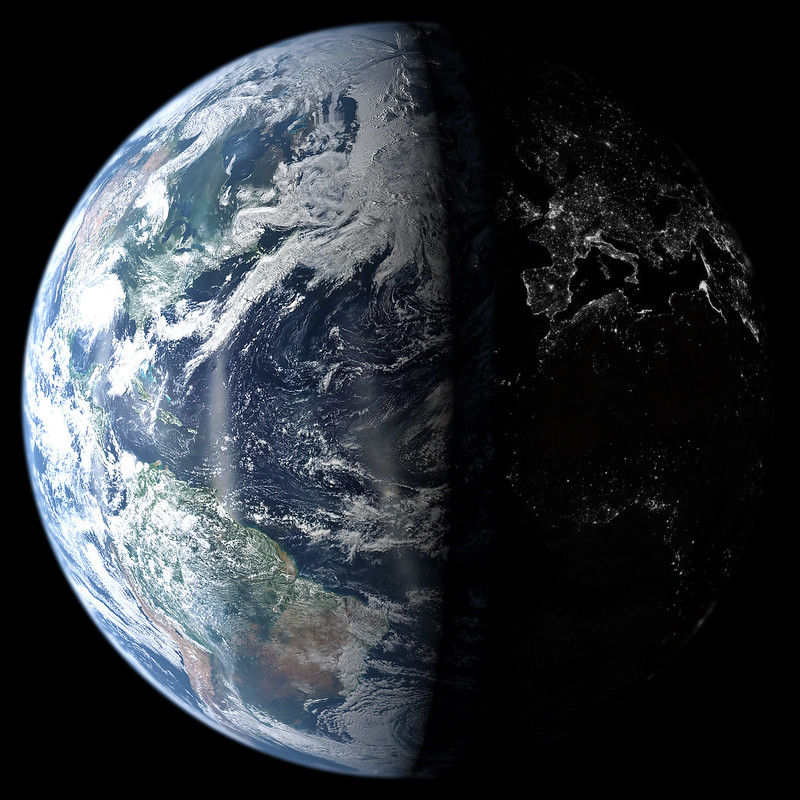 The planet is currently home to 7.7 billion humans. This number is steadily increasing, along with earth’s temperature. Environmental change is happening because the earth is overheating, scientifically referred to as the greenhouse effect. The greenhouse effect is caused by several gases, emitted in excess because of human activities and industries. The long term consequences of environmental change are predicted by the Intergovernmental Panel on Climate Change, comprised of over 1,300 scientists from multiple countries including the United States. They predict a rise in earth’s temperature ranging from 2.5 to 10 degrees in the next century. Although it may not appear impactful, it has been historically proven that small changes in temperature can cause enormous environmental impacts. NASA cites an example on their website: “. . .at the end of the last ice age. . . the Northeast United States was covered by more than 3,000 feet of ice, average temperatures were only 5 to 9 degrees cooler than today.” Long-term effects of environmental change, as reported by the National Climate Assessment Reports three and four, will extend beyond this century and include rising temperatures, longer frost-free seasons, changing precipitation patterns, more droughts and heat waves, stronger hurricanes, a rise in sea level, and the arctic losing all ice.

Consensus within the scientific community is that environmental damage is caused by human activity. Environmental damage is carried into the future, it is cross-generational, and will impact all those who are not yet born. Thus, the actions of those today affect the lives of those tomorrow. Does this mean current society has an ethical obligation to protect the environment for future generations?

Society acknowledges the natural rights of life, liberty, and the pursuit of happiness that every individual is born with. But what about those who are not yet born? Are they deserving of the same rights? Some would say no, that there is no ethical or logical reason to extend rights to people who do not exist. Others might disagree, arguing that unborn people are entitled to the same natural rights as the living.

Maybe one barrier to having empathy for future generations is the “short-termism” oriented society we live in. This term refers to the difficulty in thinking seriously about the future and how our actions now will impact it. So much of current culture is focused on the now, that it can be hard to think about the then. Sociologist Elise Boulding described it as “temporal exhaustion,” if we are so tired from the present, how can we think about the future? And “if we are prone to neglecting the wellbeing of our own future selves, it’s even harder to muster empathy for our descendants.”

On the other hand, protecting those who are not yet living could harm those who are alive, the people who may bear the burden could be the currently disadvantaged. How can we worry about the environment when there are people starving to death today?

In reality, the effects of climate change are felt by many today as their homes are damaged or destroyed and their lives are threatened by natural disasters. If these acts were committed by an individual, they would face the punishment of the law. If we do not accept a behavior that directly results in infringing upon one’s natural rights as a society, then why should we allow societal behavior that indirectly results in infringement on these same rights? Death and destruction occur in both instances. The difference, however, is in the distance of the action from the result, and the lack of a single culprit. If an arson burned someone’s house down they would go to prison. In 2018, 85 people died in California’s deadliest forest fire, but who will be held responsible for this? Climate change is the product of the collective actions of society members, but this does not lessen the severity of its effects.

Approximately 108 billion people have lived and died on the Earth over the past 50,000 years, while 6.75 trillion people are projected to live and die on the Earth over the next 50,000 years. We may have an ethical obligation for societal efforts and resources to be focused on combating existing inequalities and improving the plight of the currently disadvantaged. But we may also have an obligation that lies in spending our collective energies on protecting the future generations, so they do not inherit a world and a life of a lesser quality than those that came before them.