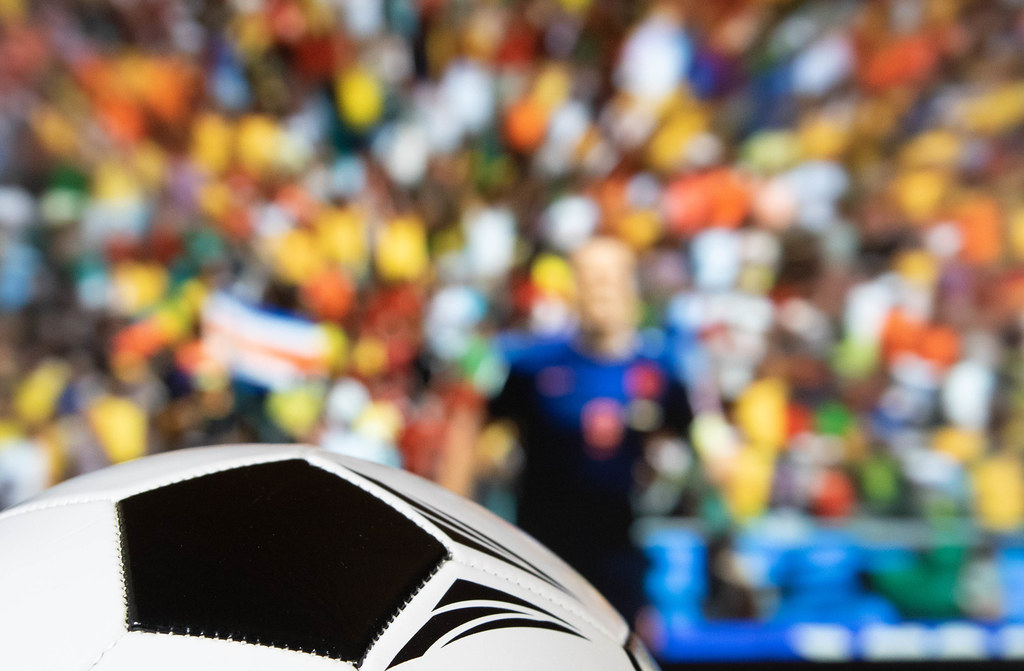 “Football match on TV sports channel” by Marco Verch Professional Photographer and Speaker is licensed under CC BY 2.0 (via Flickr)