The Venezuela Crisis and National Self-Determination 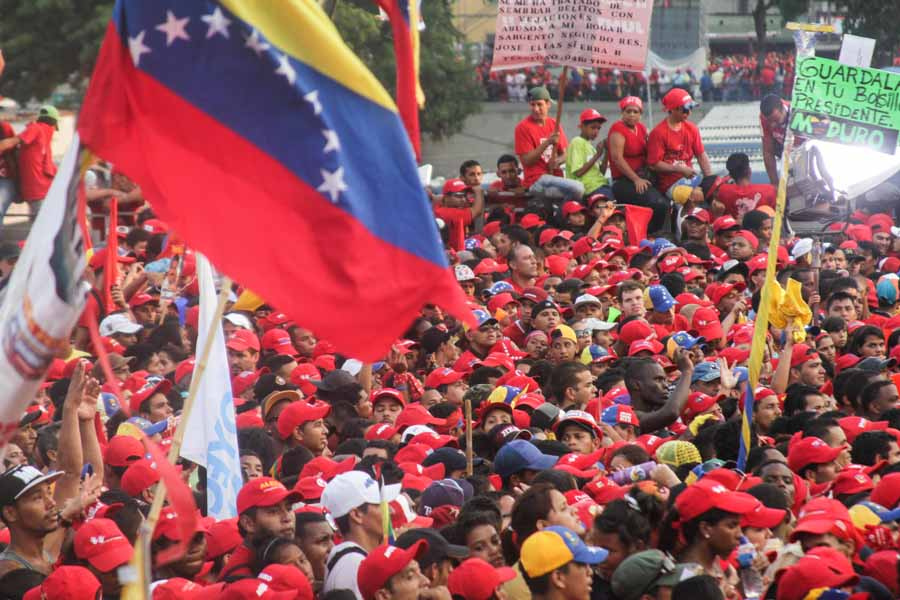 In January, the political turmoil facing Venezuela escalated when National Assembly leader Juan Guaidó declared himself interim president of the nation, directly challenging the authority of the recently sworn-in President Nicolás Maduro. This event has further fractured the government of Venezuela, which was divided in 2017 when Maduro formed a new legislature, called the National Constituent Assembly, to compete with the opposition controlled National Assembly. Guaidó has defended his action under Article 233 of the Venezuelan Constitution, which allows for such a declaration in the event of a president’s absence or inability to serve. According to Guaidó and other members of Maduro’s opposition, Maduro’s 2018 re-election was fraudulent and invalid, leaving Venezuela without a true president.

Alongside these political controversies, an equally serious economic crisis has unfolded. Venezuela’s struggling economy has collapsed under the weight of hyperinflation over the past few years, with the annual inflation rate up to November 2018 reaching 1,300,000 percent. This has caused widespread shortages in food and medical care. The failure of Maduro’s administration to prevent this financial crisis contributed to his low popularity in 2018. Opponents say his desperate grasp for power in the face of a possible election defeat resulted in illegal measures and a rigged election.

Many foreign governments have taken sides in the dispute over the presidency, recognizing either Maduro or Guaidó as the legitimate leader. The United States and most South American countries support Guaidó, whereas Russia, China, Iran, and Turkey support Maduro. The U.S. has also contributed aid in the form of food and essential supplies to ease shortages. While this aid may seem immediately to be beneficial to the Venezuelan people, Maduro has argued that accepting the aid would constitute a fatal blow to the self-determination of the nation. In a speech regarding the aid, Maduro denounced the effort as a ploy to undermine the sovereignty of his government, saying “We are not beggars.” Following this reasoning, the military, which supports Maduro, has blocked the aid shipment from reaching Venezuela.

Is the U.S. aid effort a cover for a more nefarious foreign policy aim? It seems far-fetched, but some people and organizations have lent support to the theory. Notable independent aid organizations, including the Red Cross, have decided not to get involved for fear of politicizing their efforts. Former United Nations special rapporteur Alfred de Zayas has argued vocally against U.S. involvement in Venezuela. According to de Zayas, the sanctions imposed by the U.S. against Maduro’s government were a major factor in the economic crisis now facing the country. He also claims that the goal of U.S. intervention is not to help the citizens of Venezuela, but rather to gain access to the country’s significant oil reserves. De Zayas was among over 70 academics who signed an open letter to the Trump administration decrying the United States’ involvement in Venezuelan domestic affairs. The current U.N. organization has also made a statement against U.S. sanctions in Venezuela, and the U.N. charter includes “self-determination of peoples” as part of its mission.

It is also important to note that the U.S. has a long and well-documented history of interference in Latin American governments. According to John H. Coatsworth, the U.S. has successfully brought about regime changes at least 41 times, usually to bring about political or economic goals. Although there were many direct interventions, some of the interventions were more indirect. Whether any coup d’états came about because of humanitarian aid is debatable, but Bolivia did expel USAID, the agency providing aid to Venezuela, from its borders after the Bolivian President Evo Morales accused the agency of a conspiracy against the country.

Considering the evidence, it is difficult to determine who is telling the truth. The United States may be genuinely interested in preventing further starvation and disease, or it may be seeking to undermine the Maduro government and install a pro-U.S. regime. Maduro might be working to head off a hostile coup d’état, or he may be clinging to power against the will of people. In all likelihood, each story carries some truth to it, but neither shows the whole picture. Assuming some degree of truthfulness, there is still a salient ethical question of values. In the U.N., Russia and the United States have presented opposing proposals for action; Russia has argued for a non-interventionist policy, while the U.S. argues for the rescuing of human life at all costs. Is human life worth the cost to national self-determination? Aside from the possibility that the lot of Venezuelan citizens would be worse in the long term after taking U.S. aid, is self-determination alone a value worth sacrificing lives for? The starving masses are innocent and probably had nothing to do with any of the political decisions which led to the current situation—do they deserve to die as a result of political forces outside of their control? On the other hand, some would argue that a life without dignity—national or otherwise—would not be worth living.