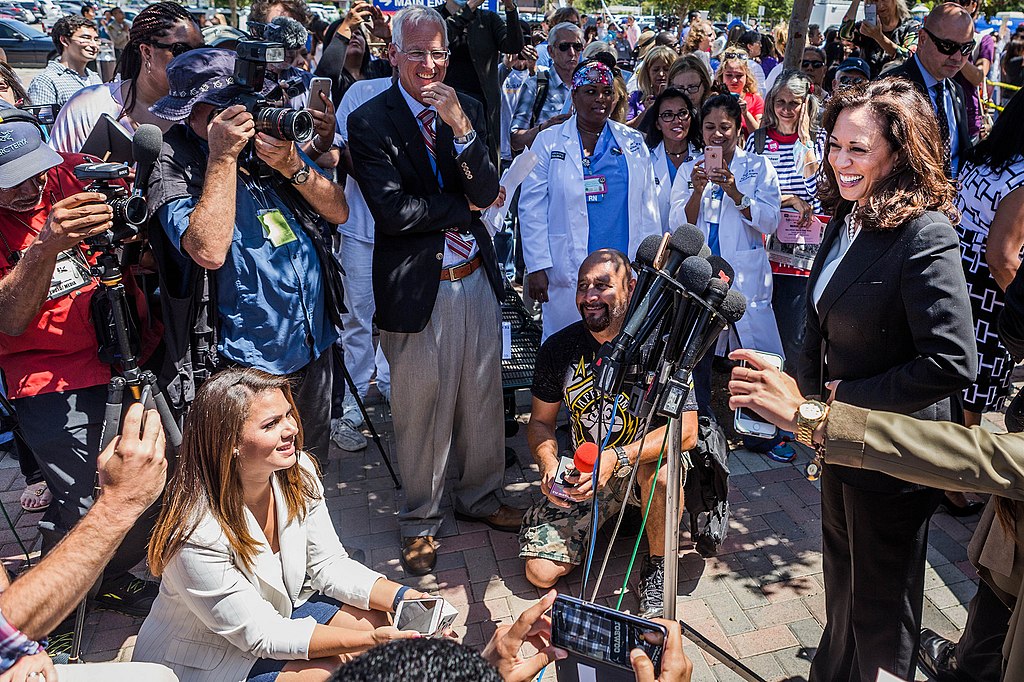 Women presidential candidates are appearing in unprecedented numbers for the 2020 election. So far, Elizabeth Warren, Kamala Harris, Kirsten Gillibrand, and Tulsi Gabbard have announced their intentions to run. This surge corresponds to the 2018 midterm elections, which also saw record numbers of women obtaining seats previously held by men. In the wake of the 2016 election, when the presidential confirmation of a Donald Trump won the day over an eminently qualified female candidate, it seems that more women are ready to run and more people are eager to elect them.

From the stoic prudence of Angela Merkel to the fallen humanitarian Aung San Suu Kyi, it is clear that women are as capable and complex as their male peers in positions of leadership. Women are leaders around the world, though recently they constituted only 6 percent of international leaders compared to male heads of state.

American voters believe women score equally or higher than men in terms of valued leadership qualities, but women still lag behind men in positions of power, including their most glaring omission in the role of the US presidency.

Reactionary streams in American politics likely bear some role in women’s lagging parity. The most recent iterations include the conservatism of the neo-Nazi movement espoused by Richard Spencer, the unlikely stardom of Jordan Peterson, purveyor of 19th century psycho-social truisms presented as original contrarian theories, and the backlash to the #MeToo movement among Republican leadership exemplified in the appointment of Brett Kavanaugh to the Supreme Court after his histrionic confirmation hearing.

At the same time, these reactions to change suggest that unparalleled changes are occurring. Among them is a redefinition of character norms.

Our very notion of “virtue,” a core term in philosophical discussions about character, has gendered connotations. The word “virtue” in English derives from the Latin word for “manliness.” While the ancient Greek term for virtue is gender-neutral, i.e. excellence (arete), Aristotle’s Nicomachean Ethics treats personal greatness as the birthright of a very few men. Aristotle speaks of courage and justice, but also liberality and magnanimity, character traits which reflect a superior social standing. Aristotle, like so many of his successors, demarcated virtue and public life as the space for the few males who belonged to an emancipated, land-owning, citizen class. This separation was made possible by setting aside manual and household labor or “economy” – literally, household management, as the province of women, slaves, and the non-citizen class of men. It was this vast majority’s task to create value which would accrue to the men in charge. It is thus no surprise that “magnanimity” or “greatness of soul” (characterized by a sense of entitlement) also figures largely among Aristotle’s virtues.

Because women, slaves, and non-citizen men performed the labors of life, Hellenistic aristocratic men enjoyed leisure or “paideia,” which permitted education and a public life that are essential for political participation. This primary division of labor and leisure justified an oligarchic and patriarchal logic: might equals right. This is the circular logic of power: those who are in power must have managed it by being somehow superior (an argument Aristotle makes in his Politics) or conversely, those who are in power determine the rules because they can enforce them. The latter is put forward by Plato’s Thrasymachus in the Republic (Thrasymachus, incidentally, may be one of the most socially-realist characters in early philosophical literature). This ancient rationalization of “might equals right” has enjoyed a surprisingly long shelf life. America’s founding fathers similarly opted for a “republic” rather than a democracy, ensuring that only a very few, adult, European-descended, property-owning men could vote. Even today, the fundamental logics of white supremacy and extreme capitalism can be parsed in very similar lines.

Given that women, persons of color, and LGTBQ individuals have been running for office in record numbers since Trump, it will be interesting to see the kind of politics that arises from communities that are not accustomed to power and representation as their birthright. Figures like Elizabeth Warren, Kamala Harris, and the Congresswoman Alexandria Ocasio-Cortez suggest visions for a more inclusive distribution of power, labor, representation and compensation. In the long, painful stages of late capitalism where a middle class has all but disappeared, and the majority of Americans are carrying most of the burdens of contemporary life while only a very few enjoy its rewards, it seems that voters are ripe for a new kind of politics.