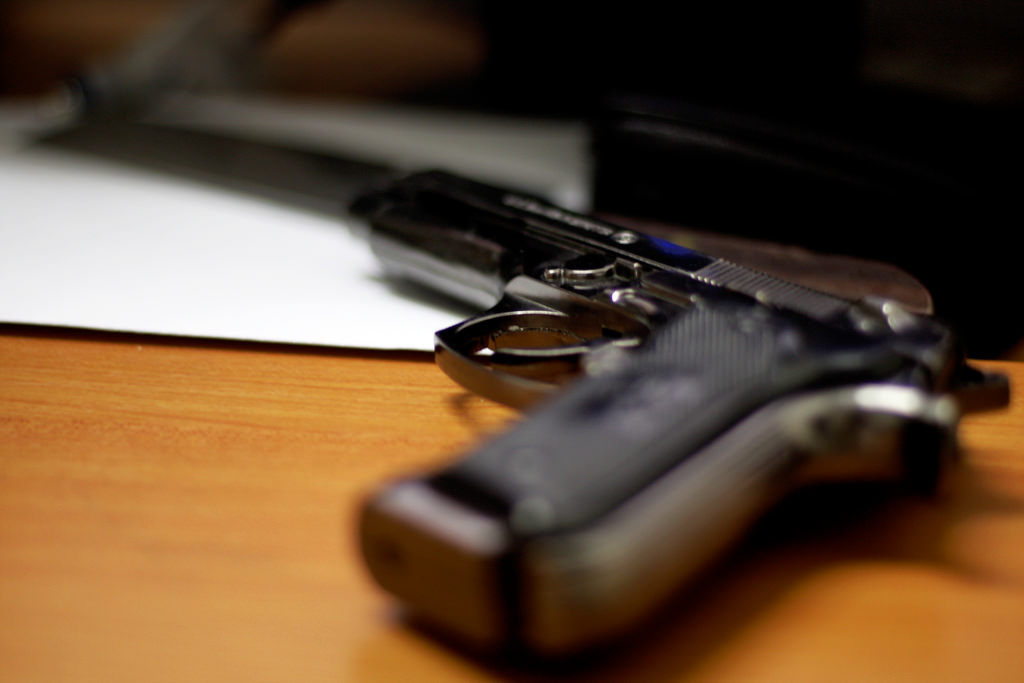 Warning: this article contains content, information, and discussion about suicide which may be upsetting to some readers.

If you are in a crisis, help is available.

Mass shootings have become numbingly routine in the United States. When Americans think of gun violence they tend to picture high-profile shootings and the polarizing debates over gun control that follow. Yet, most tragic gun deaths occur in lonely isolation. Of the thousands of people who die by gunshot each year in the United States, suicides make up the majority.

A growing number of people are dying by suicide committed with a firearm and the issue has gone mostly unreported. In a USA Today article, Robert Spitzer, author of The Right to Bear Arms and other books on gun control says, “Gun suicides continue to be kind of an underreported story in the sense that when people think of gun violence, they think of homicides, they think of gangs or mass shooters or personal violence.”

As with gun deaths caused by homicide, accident, and mass shootings, the topic of gun control arises with suicide. Are policies regulating the manufacture, sale, transfer, possession, modification, and use of firearms an effective means of addressing the problem of gun suicide? Studies would say yes. Mandatory purchase delays on handguns have been linked to a reduction in firearm suicides and no corresponding increase in suicide by other means. Further, a cross-sectional study found that states with stronger firearm laws had a lower overall suicide rate (not simply a shift from firearm to non firearm suicide) than states with weaker firearm laws.

Firearm suicide is not limited to adults; in fact, there has been an increase in firearm suicide by youth in recent years. A January 17, 2019 study found a strong association between the prevalence of household gun ownership and the overall youth suicide rate at the state level. “For each 10 percentage-point increase in household gun ownership, the youth suicide rate increased by 26.9%.” More guns lying around means a greater risk of young people falling victim to suicide. States with Child Access Prevention (CAP) laws, which require guns to be stored in a manner that prevents unauthorized access by young people, reported overall youth suicide rates eight percent lower than states without CAP laws.

While suicide is complicated and many risk factors can play a role in the decision to carry out an attempt, evidence suggests that preventing access to firearms is one effective method of reducing overall suicide rates because, of all suicide methods, firearms are the most lethal. The New England Journal of Medicine reports that most suicides tend to be impulsive (occurring with little planning or forethought) and are a reaction to immediate stressors: “As the acute phase of the crisis passes, so does the urge to attempt suicide.” Reducing exposure to lethal means, even temporarily, can prevent suicide by reducing one’s ability to carry out an attempt. Even if someone decides to substitute a different means, they are more likely to survive a less lethal attempt. This is significant because 90% of attempt survivors will not go on to die by suicide.

Despite the fact that gun control legislation is a fiercely debated topic within the U.S., an unlikely partnership between the medical community and gun industry is emerging in an attempt to address the issue of firearm suicide. A growing number of gun dealers, firearm instructors, and range owners are working with mental health professionals to produce educational campaigns geared toward making people more aware and comfortable talking about guns and suicide.

Programs like the New Hampshire based Gun Shop Project have created training modules that educate gun shops workers on how to spot and help potentially suicidal customers. The suicide prevention coordinator for Washington County, Utah has helped create public service announcements encouraging the family and friends of those in an emotional crisis to talk to their loved one about temporarily storing firearms away from home. Even the Firearms Industry Trade Association has released statements working to help prevent suicide by firearm. While the effectiveness of such educational programs has not been studied, Brian Mann of NPR says, “the debate over guns and violence in America is really polarized, and this is a rare collaboration. Supporters hope voluntary education and outreach will save lives.”

Media attention surrounding high-profile mass shootings and firearm homicide have focused the ongoing debate about gun control policies in the U.S. around the prevention of such tragedies. While these are issues that must be addressed, suicides make up nearly two-thirds of all gun deaths in the U.S. and the nation ranks second internationally for the highest worldwide gun suicide rate. For America to most effectively move forward with efforts to reduce gun violence, adequate attention must be given to suicide prevention.