Democracy and the Next Generation 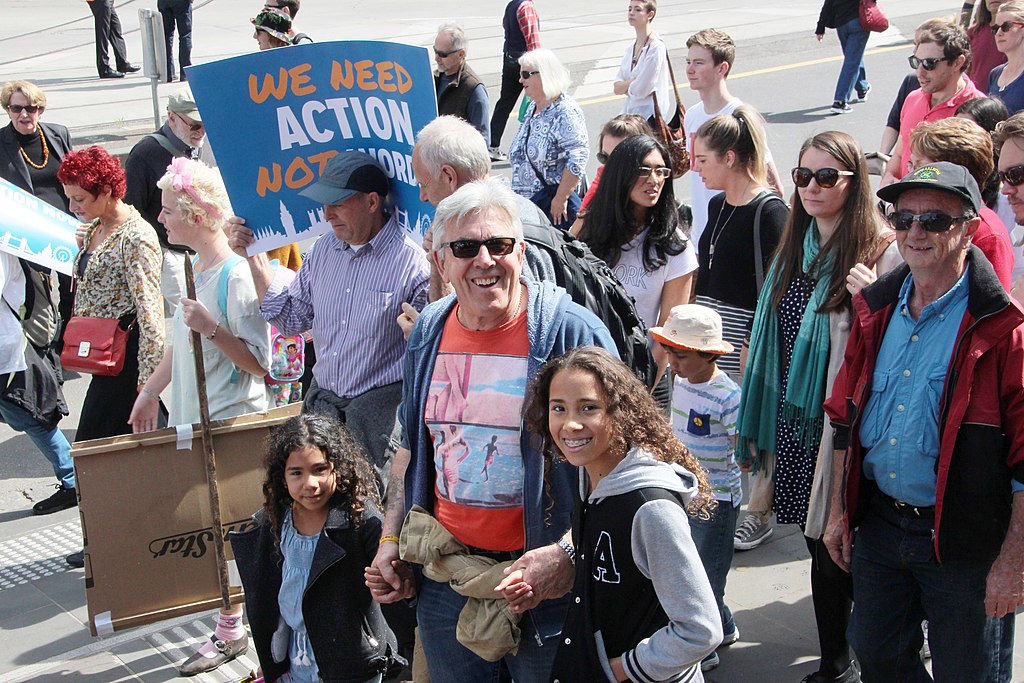 “Gerry and kids – PeoplesClimate-Melb-IMG_8339” by Takver is licensed under CC BY 2.0 (via Wikimedia Commons)

A group of young people are suing the US government over the damage being done to the environment. The lawsuit claims that the government has not done enough to fight climate change, and it makes sense that youths are bringing the suit – it is the next generation that will feel the effects of environmental damage most strongly. They claim they are experiencing harms due to the government’s neglect of environmental concerns that amount to the government not living up to constitutional commitments of ensuring them of rights to life, liberty and property.

This lawsuit represents a thorny political issue: where is the voice of the next generation represented in government?

In a representative democracy like the US, adults have the opportunity to vote to express their preference for how the government should be run by selecting the politician who will make decisions regarding policy. A background assumption of such a system is that different voters may have different interests and the government should be in touch with these interests. People living in urban areas may want different policies than those in rural areas; home-owning married folk may favor different tax policies than long-term singles; people who have experienced medical conditions and financial uncertainty may prioritize interests differently than individuals who have not. Ideally, the representatives that result from voting represent the interests of the voters. However, it bears note that even under these conditions, a group of people is left out of the polling –those too young to vote and the interests of future generations.

The concern over the influence of age on what interests are being represented in voting is not abstract or new. Voting practices in the US skew towards older individuals. In the 2016 presidential election, 71 % of the over- 65 population voted, compared with 46 % of 18- to 29-year-olds. If we consider voters to be self-interested, then this leaves the interests of the young under-represented and the interests of future generations out of the equation altogether.

With long-term projects and programs, older voters have less vested interest in how they turn out because they will experience fewer consequences of the programs. On the other hand, older voters have had more life experiences and arguably may vote “wiser.” Preserving and protecting the environment is clearly a long-term project, as the environment is something that future generations inherit and the treatment we expose our resources to may be largely irreversible.

Young people vote less, and future generations currently have no vote. One solution to this representation problem is to have entities vote on behalf of future generations. Civic organizations with fiduciary concerns for future generations could be given some voting weight alongside the individual voters, granting the limitation in the ability or practicality of living voters to live up to obligations to these groups.

Without such solutions looking likely now, we are faced with lawsuits like the current one these young people are lobbying against the government – claiming that their interests are not being respected on a grand scale. The suit may not be successful, as it calls for changes in policy by judicial decree, which is a potential violation of separation of powers. However, it embodies a tension in the size of the problems facing our government and the limited scope of the mechanisms for choosing solutions.